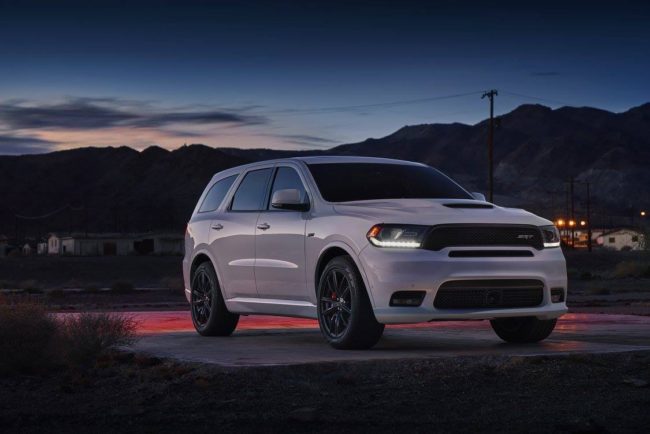 When Dodge released the 2018 Durango SRT, many wondered what it would be priced at and how the pricing would compare to the Jeep Grand Cherokee SRT. With its track proven 392 6.4L Hemi and 8 speed automatic transmission under the scooped hood, the new Durango SRT is packed with 475 horsepower and 470 lb.-ft. of torque giving it impressive drag stripe results; 60 mph in just 4.4 seconds and tearing down the quarter mile in an NHRA certified 12.9 seconds.

“The new 2018 Dodge Durango SRT is America’s fastest, most powerful and most capable three-row SUV,” said Tim Kuniskis, Head of Passenger Cars Brands, Dodge, SRT, Chrysler and FIAT – FCA North America. “This is what you get, when you take everything great about the Durango and combine it with the performance of the Charger SRT: a 12-second quarter mile, 8,700-pound-toy hauling, three-row muscle car of a SUV.”

Units will start arriving at Dodge dealerships in the fourth quarter of 2017.