FCA recently contracted with German transmission company ZF for the next generation of their 8HP automatic transmission. The most significant change for the next 8HP gearbox is that it will be designed for simple hybrid integration, leading many people to expect that the next generation Dodge Challenger and Charger could feature a hybrid assist system. At the same time, many people believe that the arrival of a hybrid version of the Dodge muscle cars will mean the end of the high performance era, but there is no reason that the Challenger or Charger couldn’t be offered as hybrids as well as supercharged beasts.

In fact, hybridization of the Challenger and Charger could make it easier for the Dodge brand to offer high performance models like the Hellcat package in the future under the dreaded CAFÉ laws. 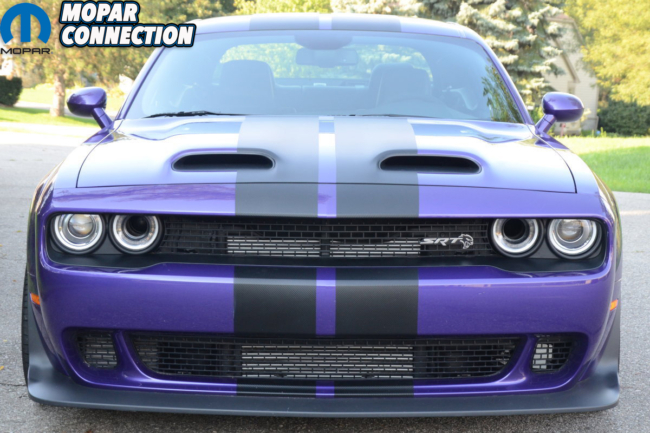 Why Hybrids Matter to Gearheads
The key way that the United States government forces automakers to offer more fuel-friendly models is under the CAFÉ laws, which require vehicle lineups to meet a given mile-per-gallon measurement. Many people don’t understand this, but CAFÉ stands for Corporate Average Fuel Economy and the required number is based on the overall average of fuel economy figures across an automaker’s portfolio. The numbers are weighted by sales volume, so strong-selling, fuel-friendly vehicles have a much greater impact on a company’s CAFÉ “score” than, say, the slow-selling Dodge Viper.

For every fuel-efficient vehicle sold, the company’s CAFÉ figure increases while vehicles like the Hellcat Challenger or Charger lower the company’s score. This means that for vehicles like the Viper or the Hellcat cars to exist, the company needs to offset their relatively-low fuel economy figures with stronger-selling models that get better fuel economy. In other words, a compact car that moves 100,000 units a year while getting 40mpg has a big impact on the CAFÉ figures while a low-volume performance car has little-to-no impact.

With this fact in mind, CAFÉ laws won’t kill off cars like the Hellcat Challenger or Charger, so long as there are a greater number of fuel-friendly models being sold in the same showroom. This is why it is important for FCA to find a partner to make and sell small cars, but to help the cause on their own, Dodge could roll out hybrid versions of the Challenger and Charger that could be sold alongside the Hellcat while also helping to keep the supercharged models in production. 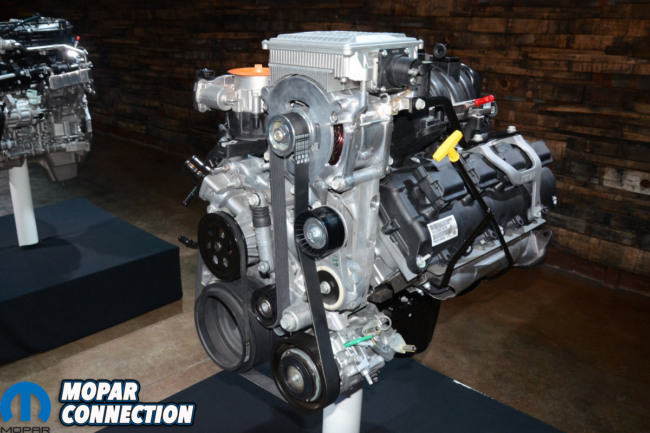 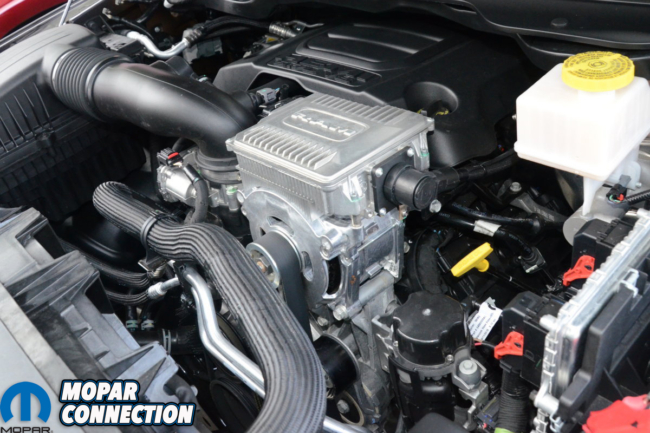 FCA Hybrid Experience
FCA has been the slowest of the American automakers in terms of adopting hybrid technology, but the electric-assisted vehicles that they do offer are all solid. The Chrysler Pacifica Hybrid offers impressive all-electric driving range while the new Ram 1500 and Jeep Wrangler offer improved fuel economy and better driving dynamics with the unique eTorque system. In the Ram, the eTorque system is mated to the 5.7-liter Hemi V8, adding electric assistance at points when torque output from the engine is particularly low, such as when pulling out from a stop or when suddenly accelerating at a low speed roll.

It was believed for some time that the Charger and Challenger, both of which come with a similar 5.7-liter Hemi to the one in the Ram 1500, could share the eTorque system, but with the new ZF contract, the Dodge cars could rely on a completely different hybrid system. Where the Ram system applies the electric torque to the crankshaft via a pulley on the front of the engine, the next generation ZF 8HP automatic transmissions will offer electric integration at the transmission. 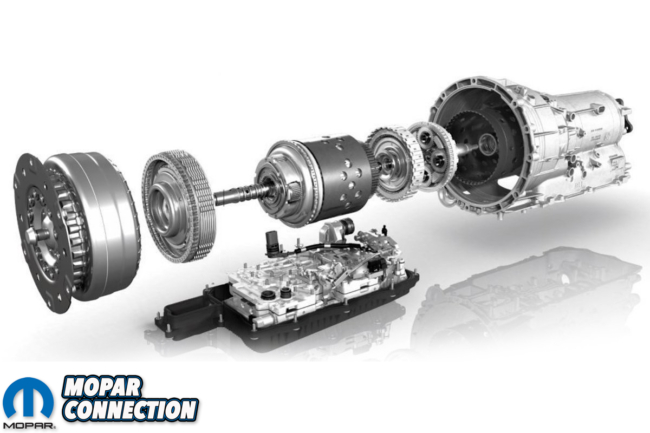 That is how many of the most popular hybrids introduce electrification and with the upcoming ZF 8HP being designed for simple electric integration, it makes sense for the future Dodge Challenger and Charger to utilize a system that attaches an electric motor to the transmission, where it will contribute power at low points in the torque band of the gasoline engine.

Based on my time driving the Ram 1500 with the eTorque system and other modern hybrids from other brands, the electrification is seamless, so most drivers won’t be able to tell that they are driving a hybrid. For those people who buy a V6 car, there is literally no downside to hybridization while those hybrid models make more room in the company fuel economy average for high performance models. 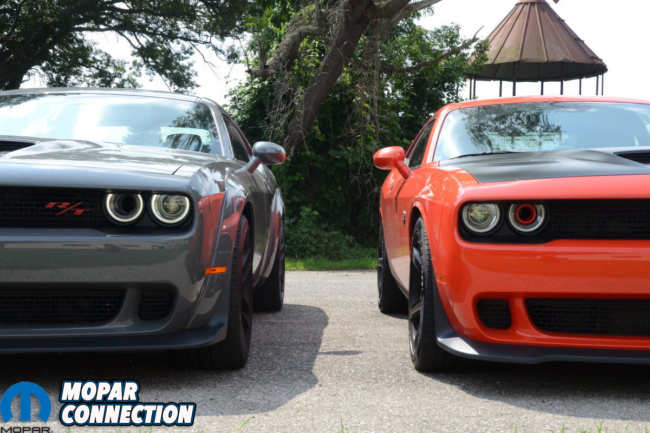 Hybrids and Hellcats Together
Let’s imagine for a second that Dodge follows a similar pattern to Ram in terms of hybridizing the Challenger and Charger. This means that the V6 and base V8 would come with hybrid assist, offering better fuel economy and improving the overall CAFÉ score of FCA. Since the Hellcat Hemi is impressively fuel-friendly when not being driven hard, a significant improvement in the lineup fuel economy of the Challenger and Charger paired with a slight improvement in Hellcat MPGs could allow Dodge to continue selling the supercharged models even with tougher fuel economy standards.

If Dodge begins offering high-volume hybrid models of the Challenger and Charger, those models would have improve the company’s overall CAFÉ score. If FCA can also team up with some other automaker to introduce a strong-selling car like the old Dodge Neon, this new small car would have an even bigger impact on the CAFÉ number. Improving the fuel economy of the current vehicles and introducing a high-volume small car that gets great fuel economy would likely lift FCA’s overall fleet fuel economy number enough to keep the Hellcats in the lineup well into the foreseeable future. 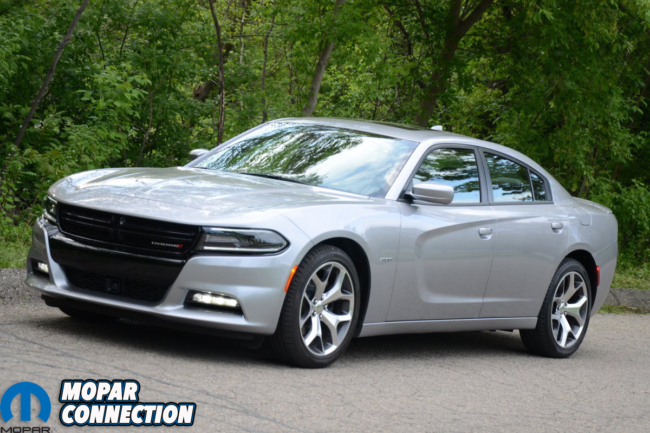 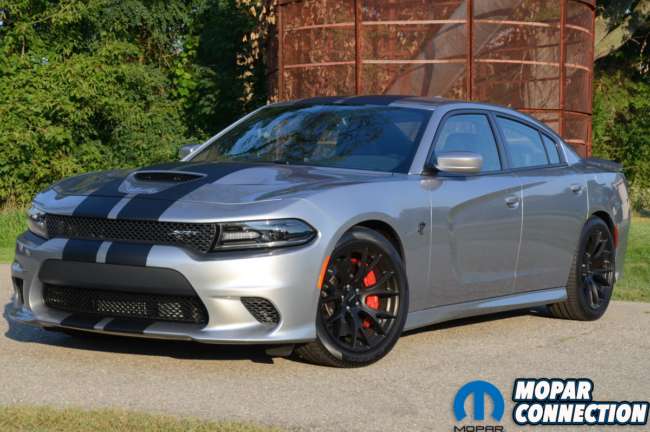 Of course, Dodge could always add the new hybrid system to the Hellcat and Scat Pack models, as the only “downside” to the hybrid package is a little extra weight while still getting better fuel economy in a variety of situations.

Ultimately, those of us who love high performance vehicles like the Dodge Challenger and Charger in Hellcat form should be rooting for FCA to introduce hybrids and other fuel-efficient models to sell alongside the supercharged models, as without fuel-friendly models, the Hellcats cannot exist forever. 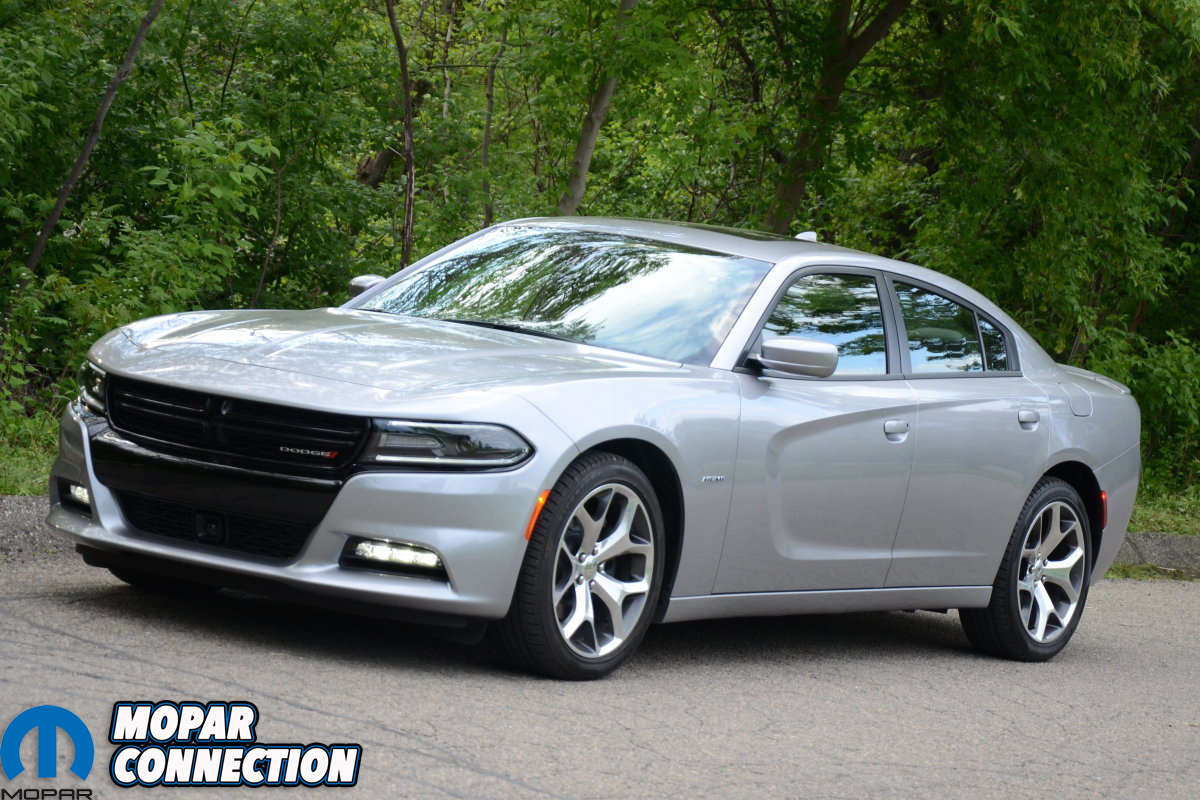 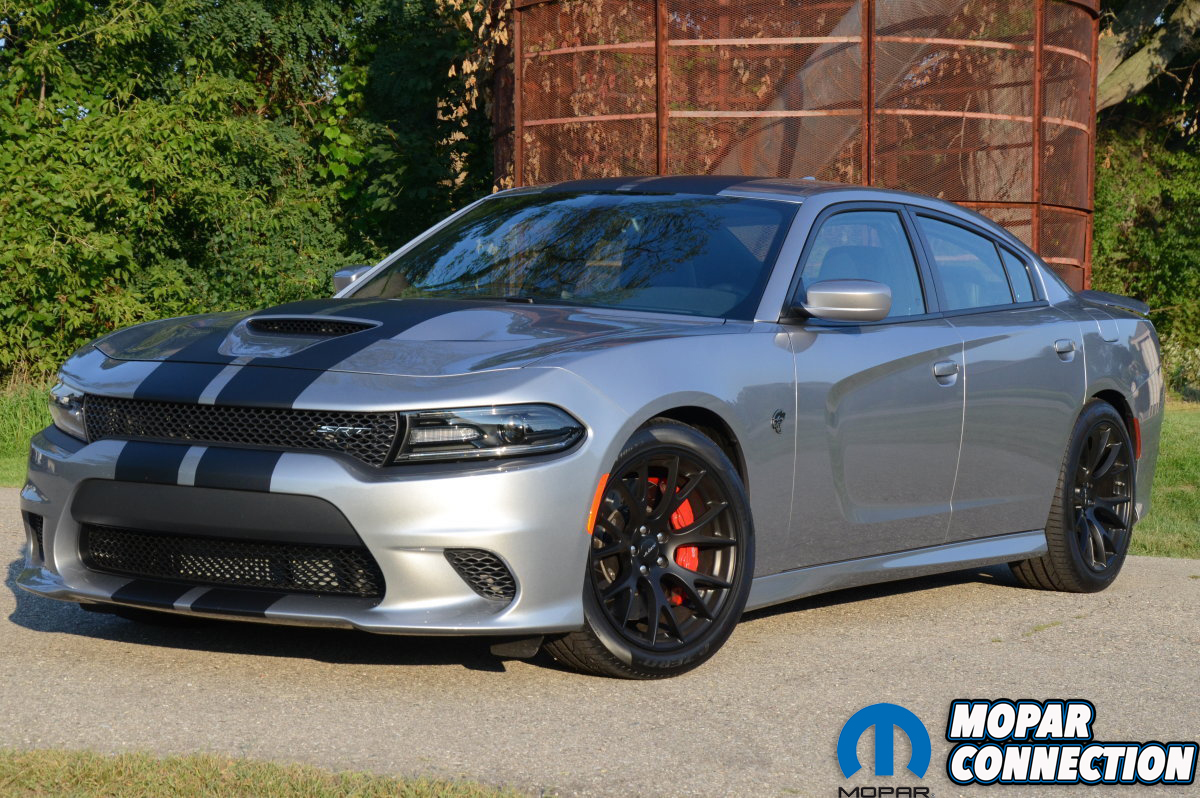 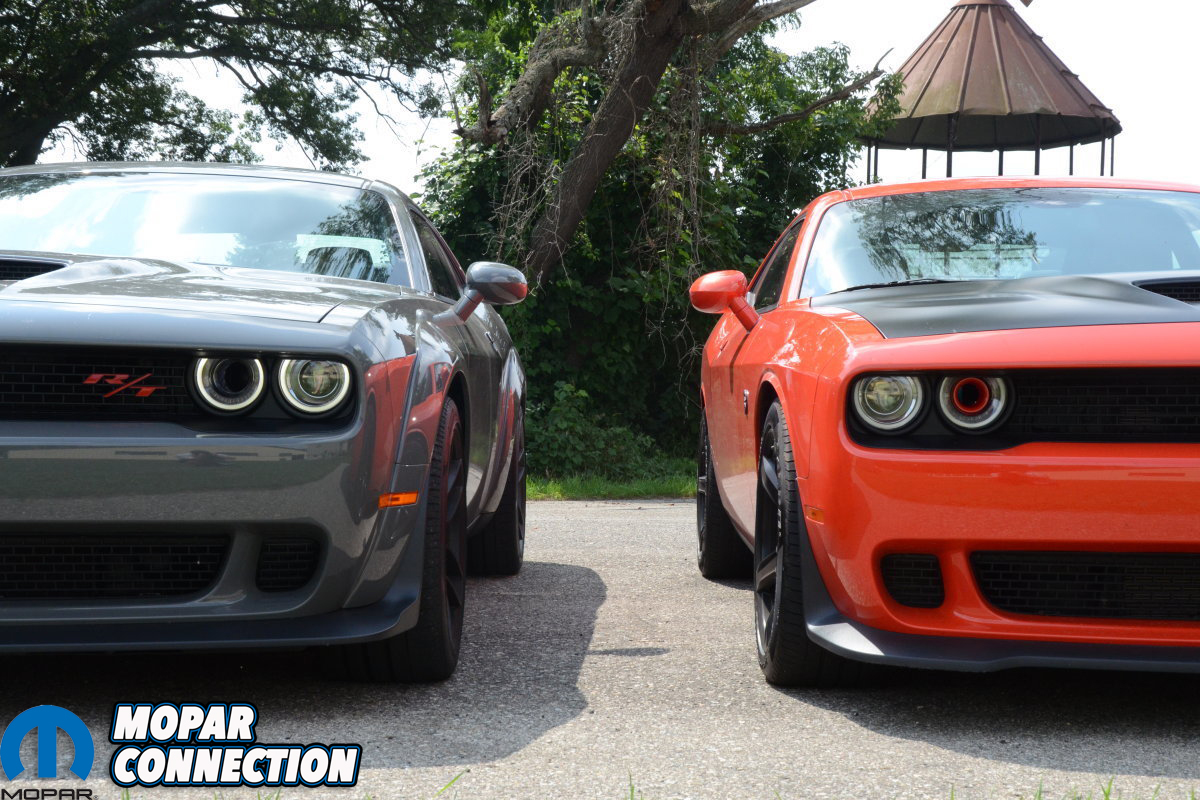 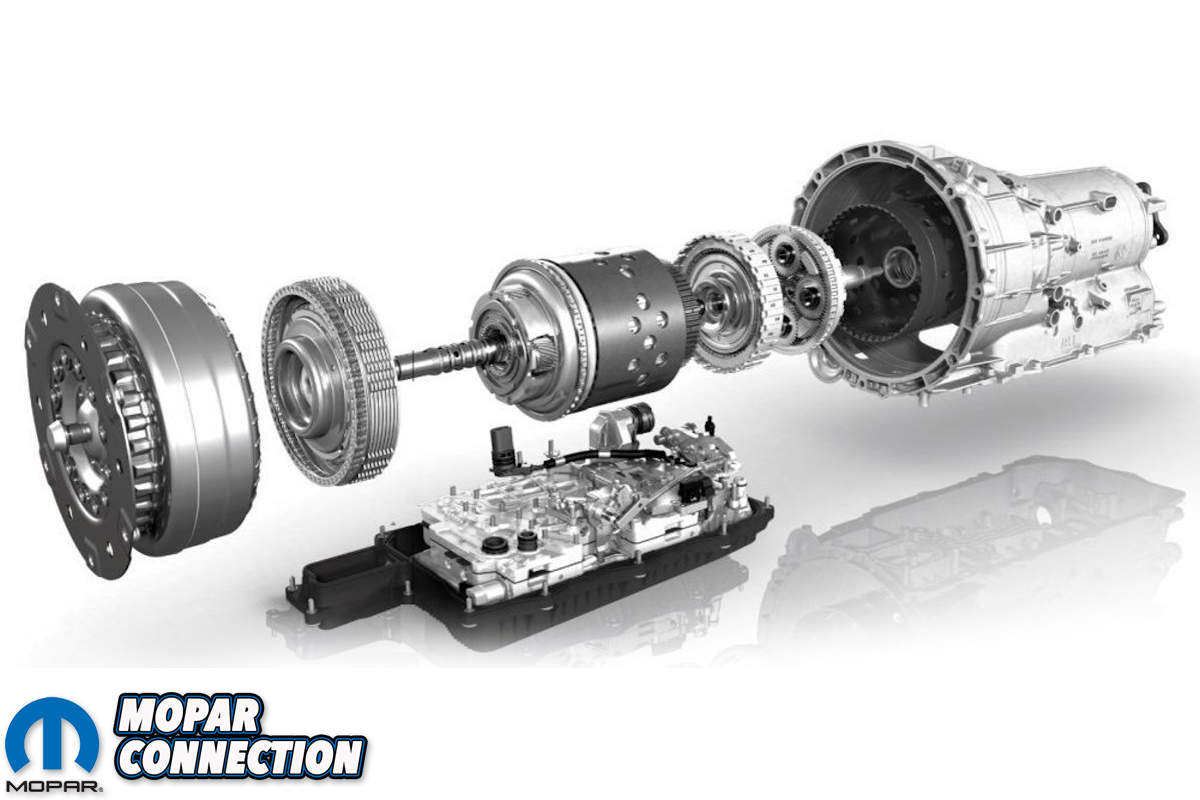 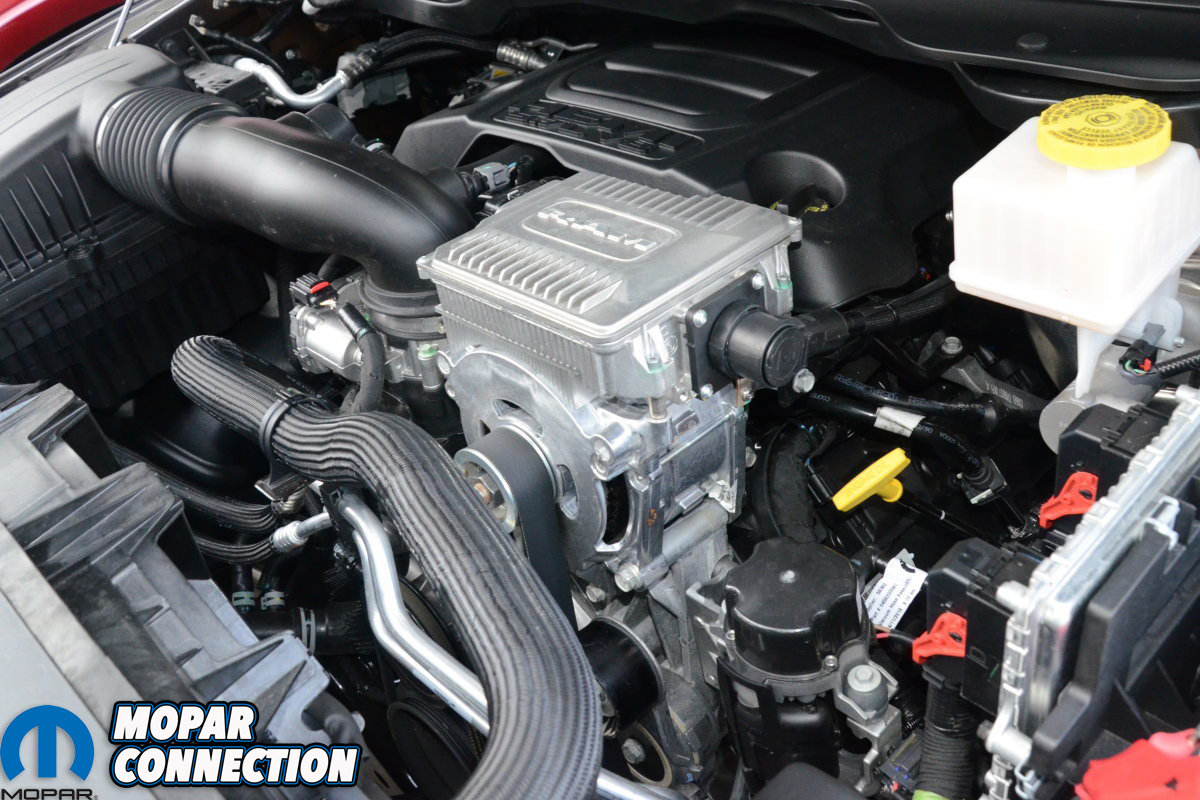 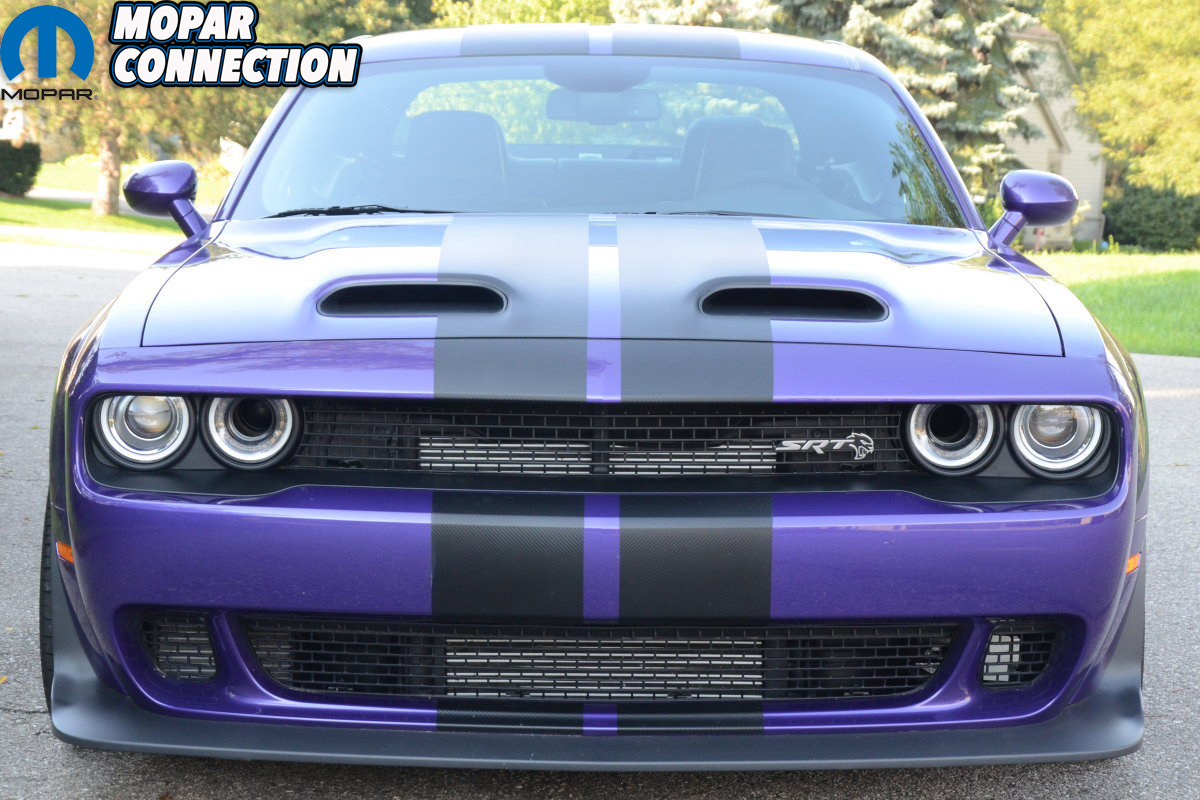 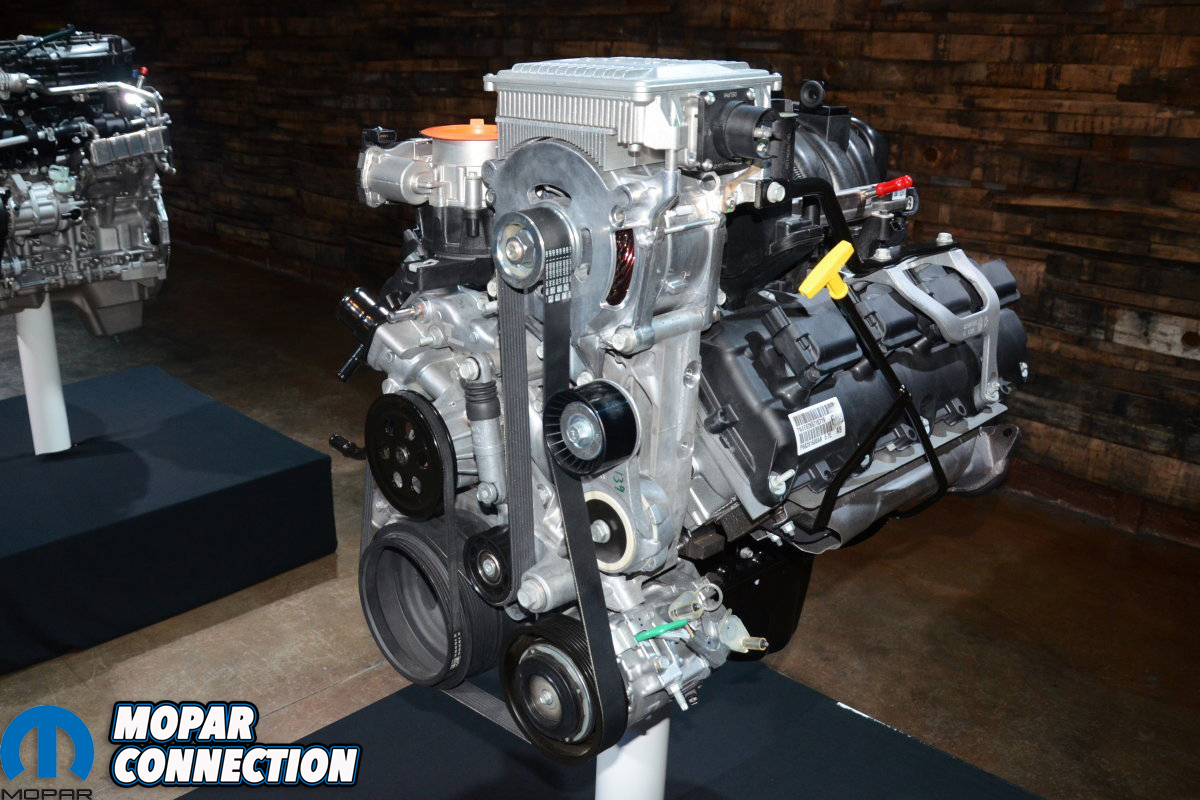 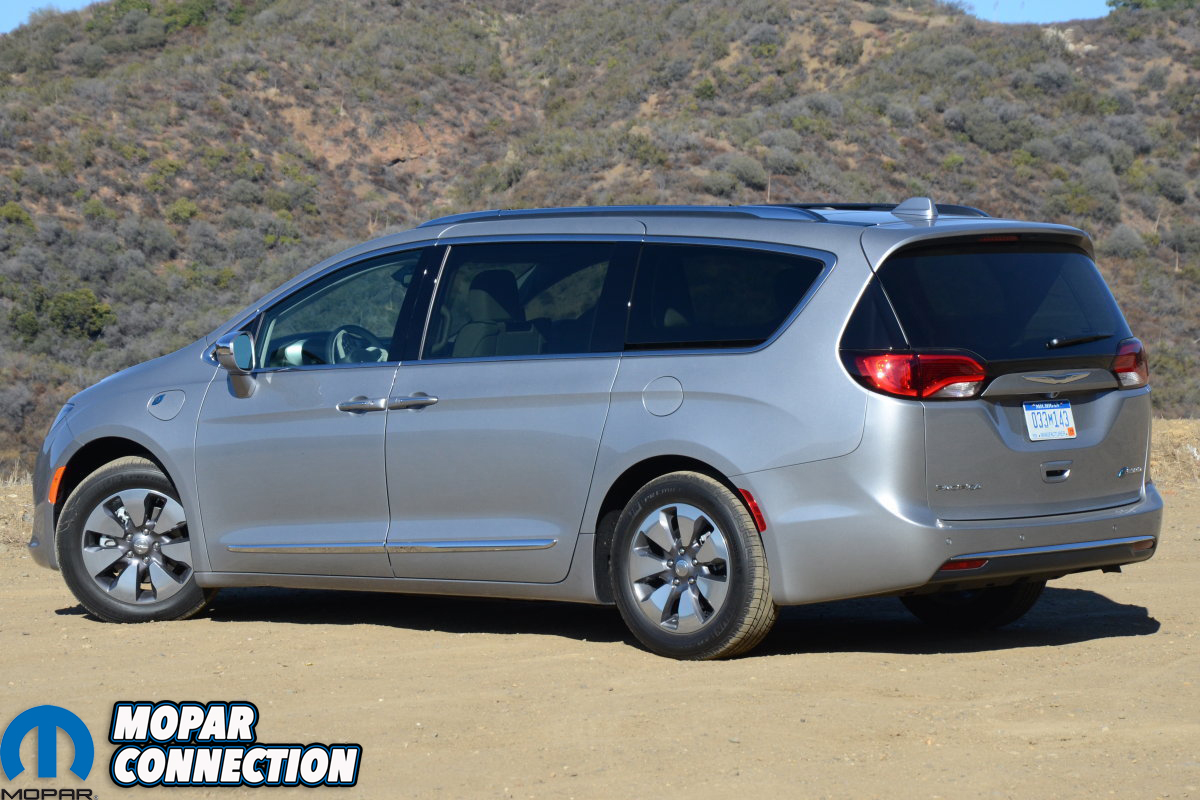 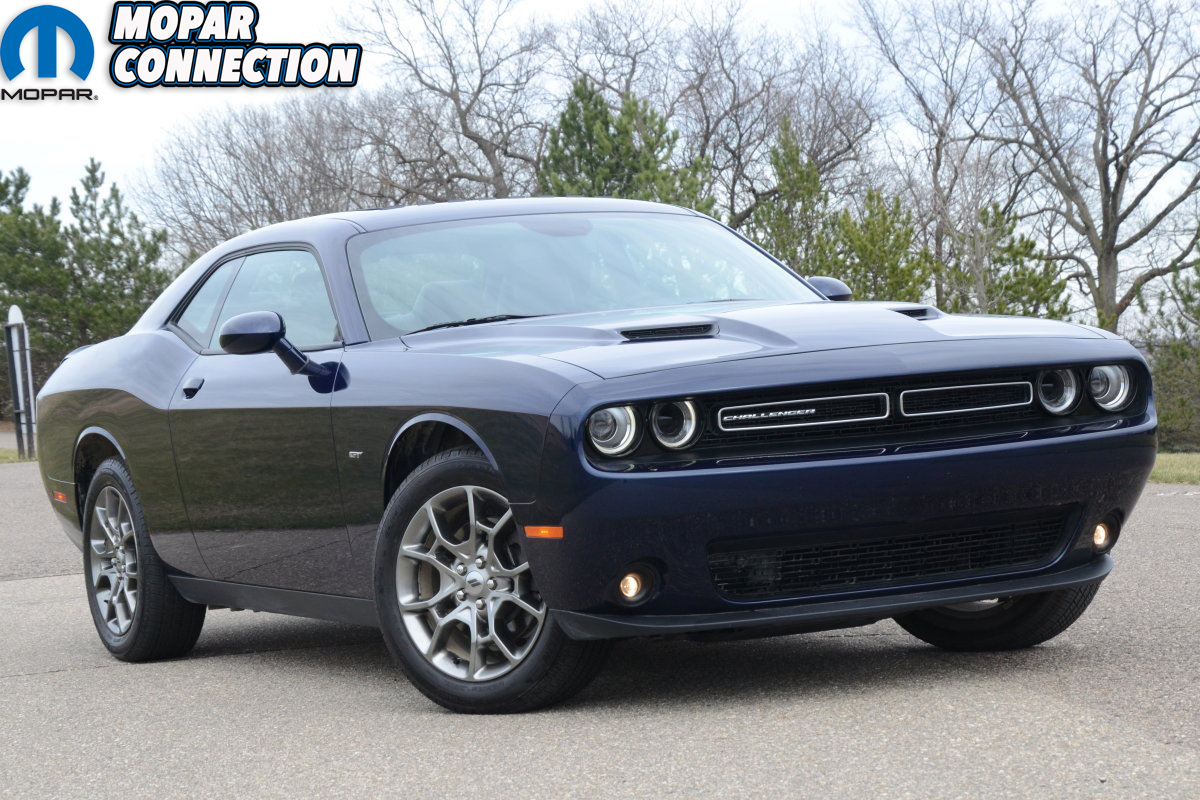 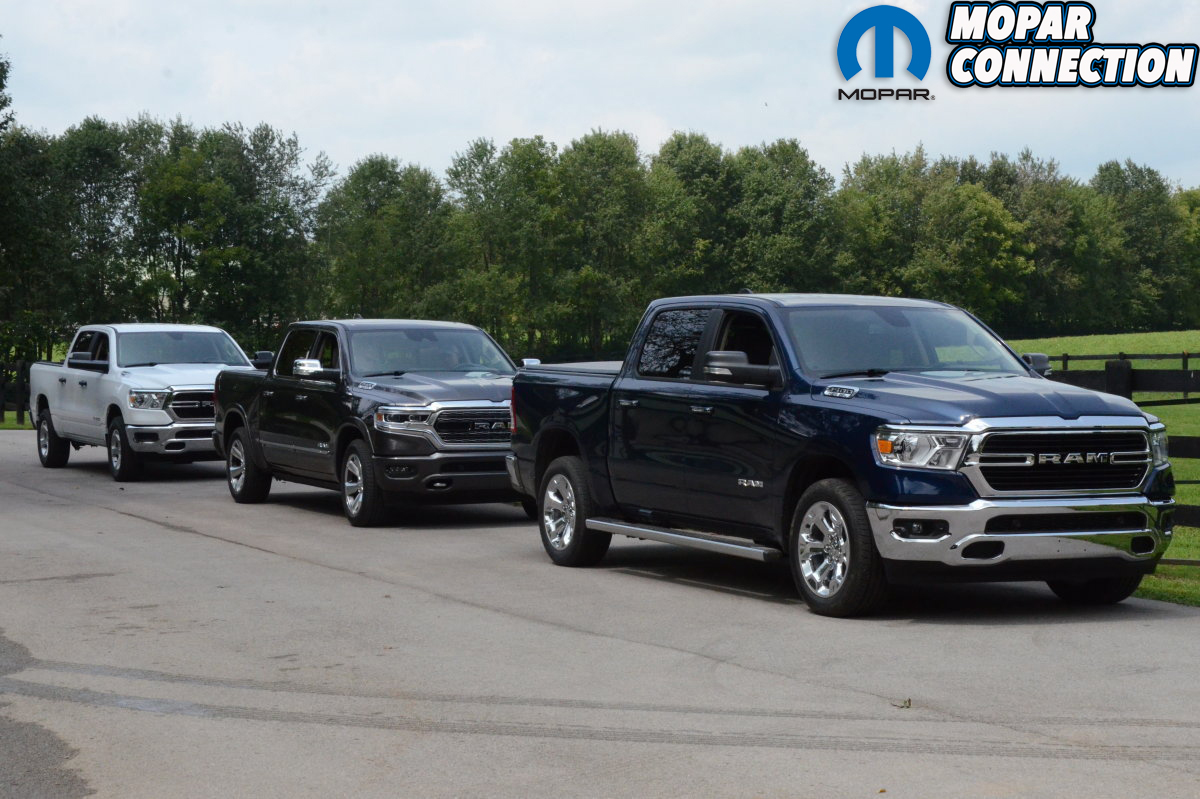