After owning GMC and Chevrolet products for numerous years, Jeff Kratt of Maryland says his family finally went to the “dark side” in 1984 when they purchased a 1970 Plymouth Barracuda off a neighbor who was graduating high school for $1,000. The car wasn’t much for performance with a 318 engine and 904 automatic transmission, however it was a real triple black car. After that, he was hooked. While reading through the used car classifieds in the local newspaper one day, Jeff stumbled across a 1970 AAR ‘Cuda for sale. Jeff says, “I didn’t know anything about AAR’s but I went and looked at it and brought it home for $4,500.” He is proud to say he still owns that AAR to this day [look forward to a feature on that coming soon!- Ed.].

After many years and car show trophies with the AAR, Jeff decided he wanted to add to his collection. “I have always wanted a convertible with a matching interior and exterior. I don’t care for black interiors in any vehicle so I was pretty picky,” says Jeff. In December 2008, Jeff found his perfect convertible; a 1970 Barracuda Gran Coupe convertible in FK5 Burnt Orange Metallic with a matching burnt orange interior. There was only one problem; the car was across the country in California. “I wanted to inspect the car before buying it however air fare to California would have been an arm and a leg. Luck was on my side though when I remembered my nephew lived in San Diego. After calling and talking to him, he agreed to drive 45 miles to San Clemente to inspect the car for me,” recalls Jeff. After inspecting the Barracuda over the phone with his nephew, Jeff pulled the trigger and purchased it. Two days later, the car was loaded onto an enclosed transport truck and on its from sunny California to the cold east coast. 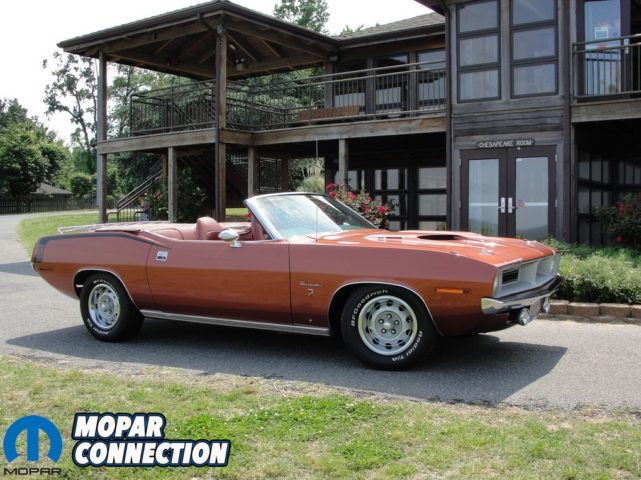 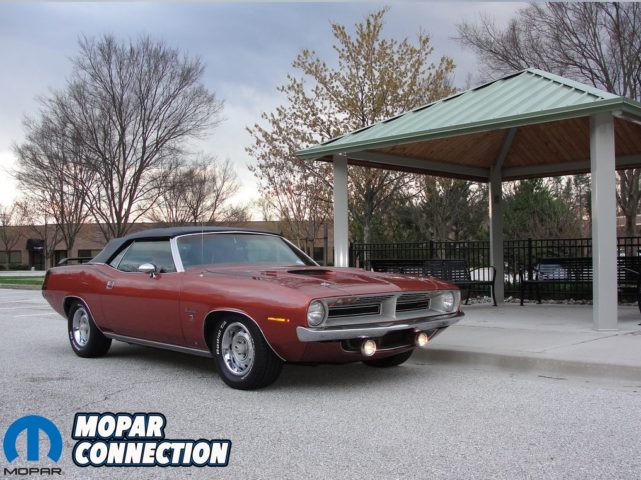 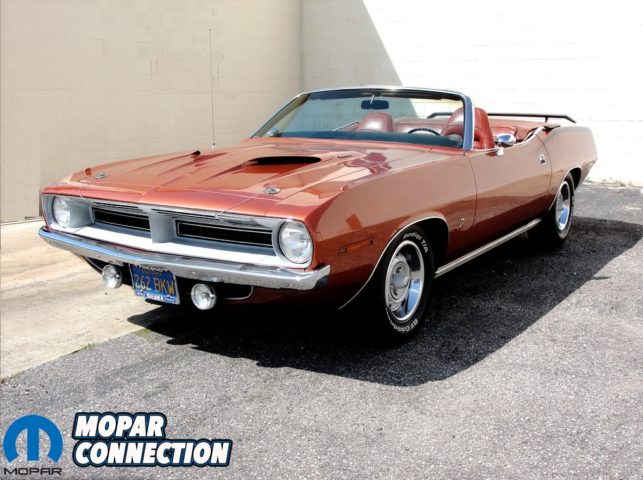 Five days later, Jeff finally got the call that the transport was arriving in his town so he met up with the driver about half a mile away in a school parking lot. “I wish I had my camera with me when I picked the car up. It was quite comical seeing the car come out of the transport truck with the top down in the middle of winter,” says Jeff. He has been enjoying it since! Jeff’s Barracuda was sold brand new at Fresno Sierra Plymouth Dodge to Donald and Joan Crawford (no, not the movie star – Ed.) in Fresno. It was ordered as a dealership demo car and showed up at the dealer in October 1969.

“The dealer ordered it and used it to promote the new 1970 Barracuda series E-body. As long as the dealer did not exceed 1,200 miles, they could sell it as a new car. If it went over 1,200 miles, they had to sell it as a used car,” says Jeff. Being as it was a Y13 coded demo car, it’s absolutely loaded with options including power steering, A/C, power disc brakes, power convertible top, power windows, AM radio with an 8 track player, tinted glass, Rallye dash, Rimblow steering wheel, power 6 way seat, deluxe seat belts, locking gas cap, luggage rack; you name it! It’s one of 539 Barracuda Gran Couple convertibles made in 1970 and one of 66 with a 335hp 383-44bl and 727 Torqueflite slap-stick transmission. 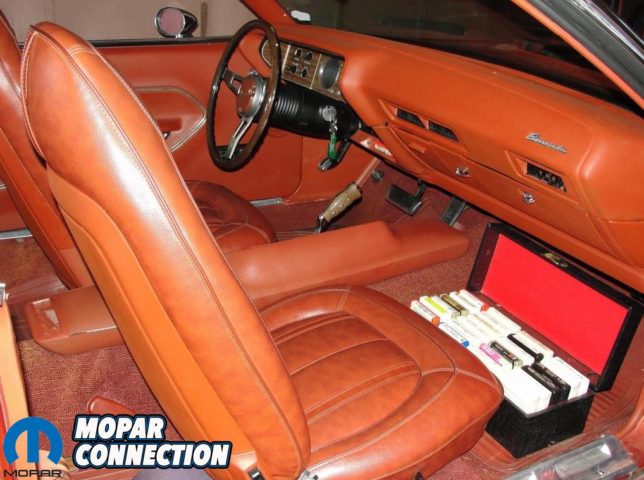 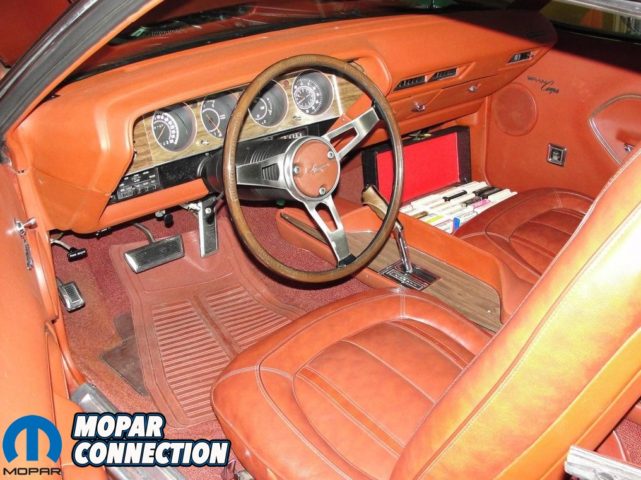 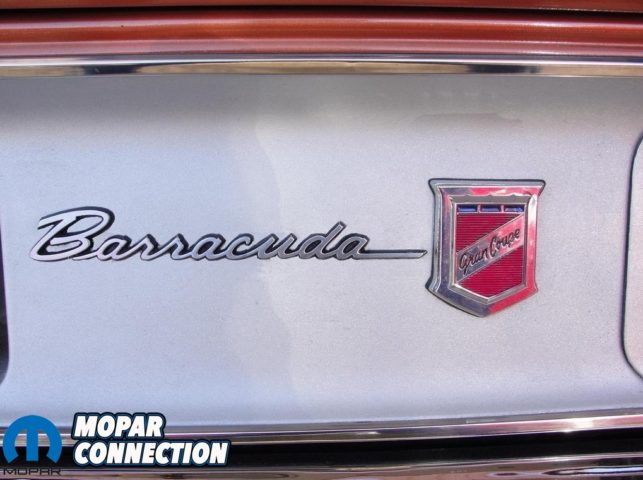 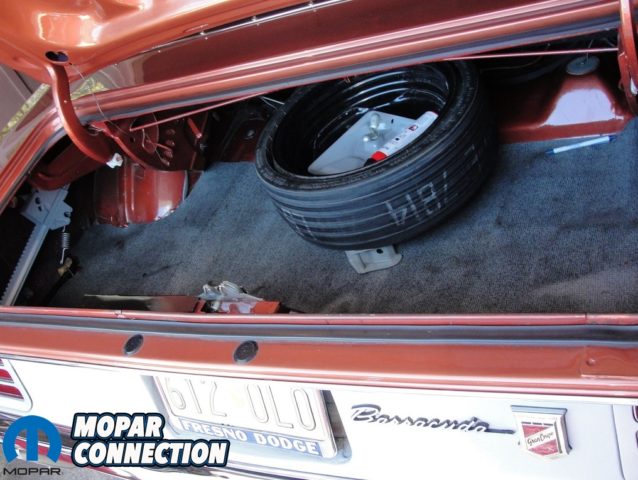 The Barracuda has stayed in great shape over the years and still retains its original fender tag and build sheet. The previous owners kept most of the receipts showing the work done over the years. Jeff says the second owner replaced the luggage rack with a rear spoiler and swapped out the original flat hood for a nicer looking Rallye hood. He also added the hockey stick stripes with the 383 call outs. In its past life as well, the original California emissions spec’ed turn down exhaust was replaced with dual chrome exhaust tips that exited through the rear valance. The original white convertible top was also swapped out or replaced with a black top.

Once Jeff got the car home, he swapped the trunk lid and spoiler out with the proper lid and luggage rack that he managed to score on eBay for a smoking deal. He also replaced the 14-inch Road wheels with 15-inch Rallye wheels to give the car a sportier look. “It’s very solid and has all of its original sheet metal. I even have the original California license plates and Sierra Plymouth Dodge dealership license plate frames!” says Jeff. He continues to say, “Cruising with the top down on summer evenings is the best. I enjoy going to car shows and have won many trophies with it.” The Barracuda won second place in its class at the 2012 Carlisle Chrysler Nationals and second place in its class at the 2015 Carlisle Chrysler Nationals. It only lost to his AAR that took home first. Jeff finishes by saying, “Our next challenge is to take my AAR and convertible along with my son’s recently restored 1970 Barracuda Coupe to Carlisle and win 3 trophies; the perfect hat trick!” 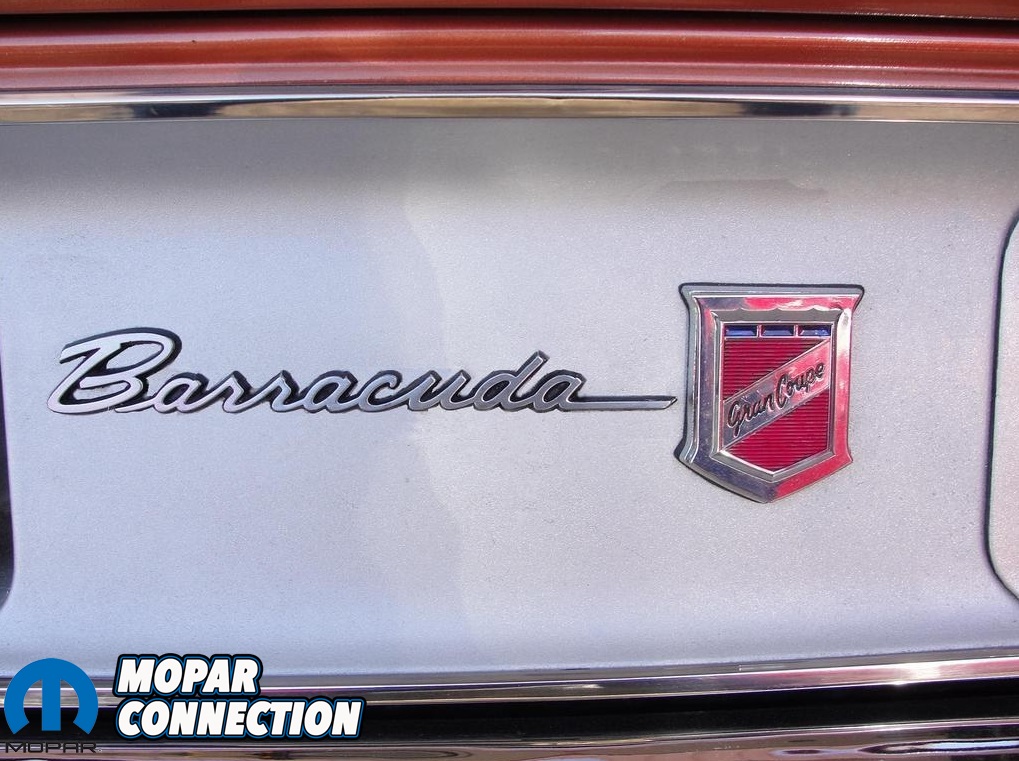 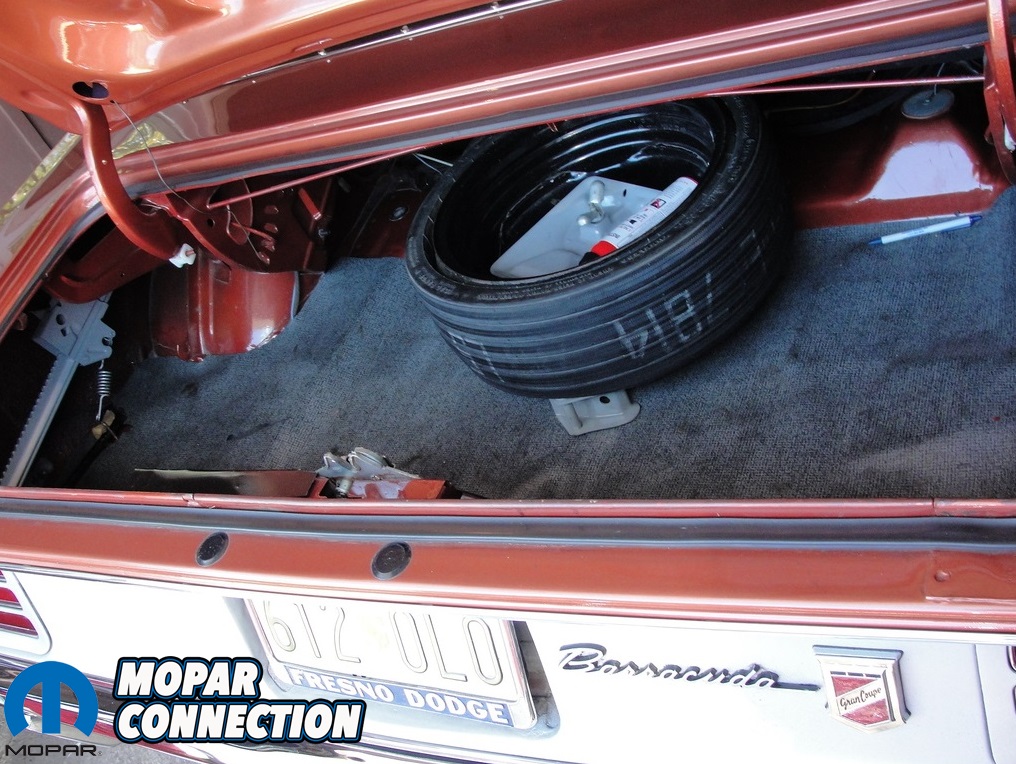 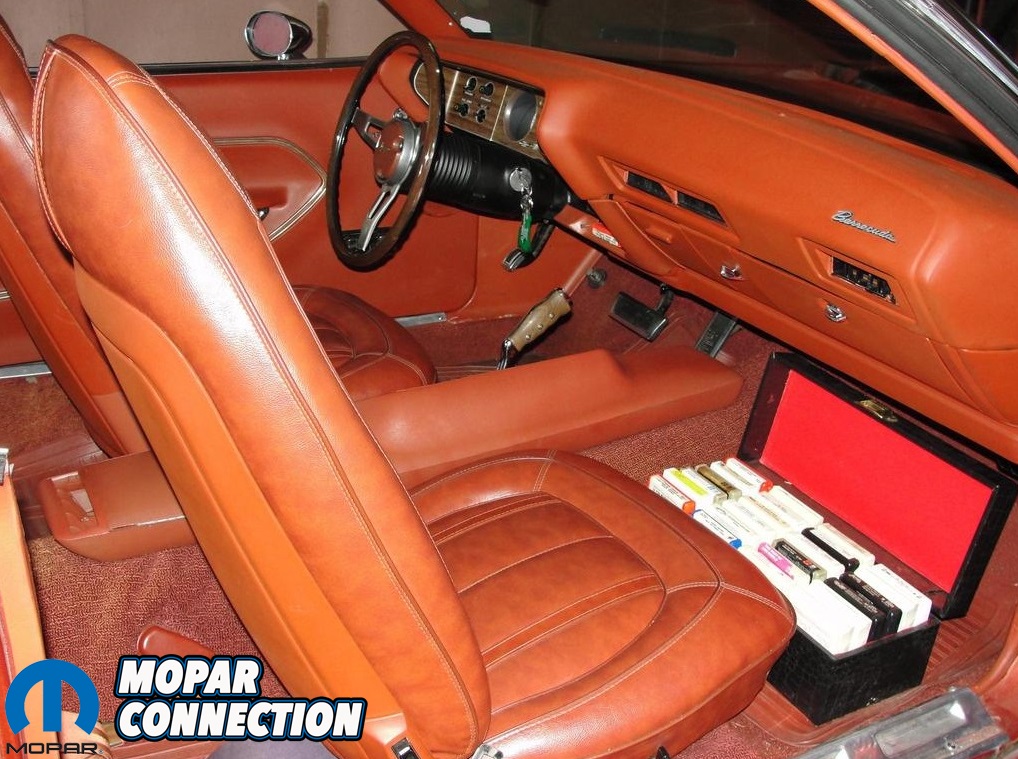 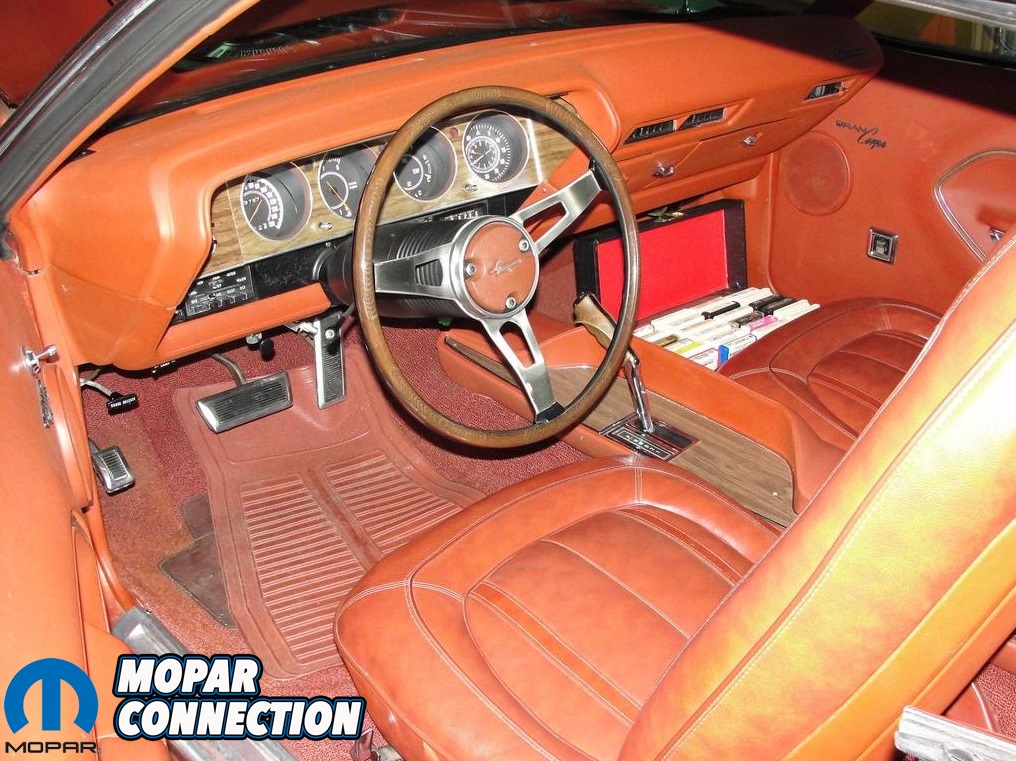 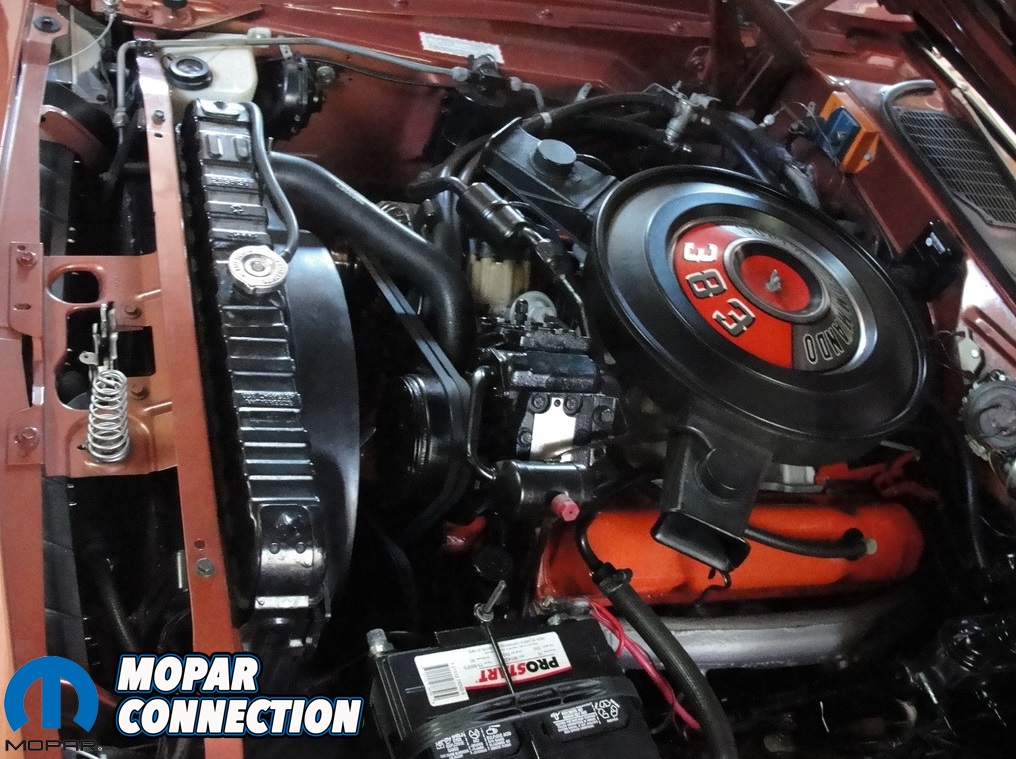 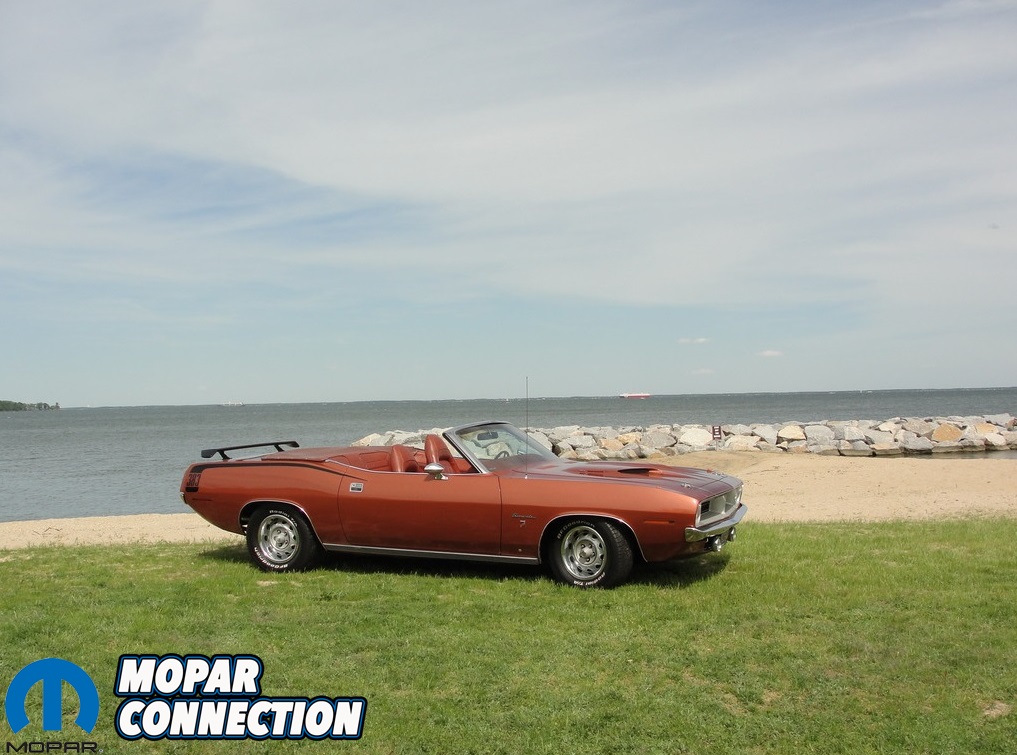 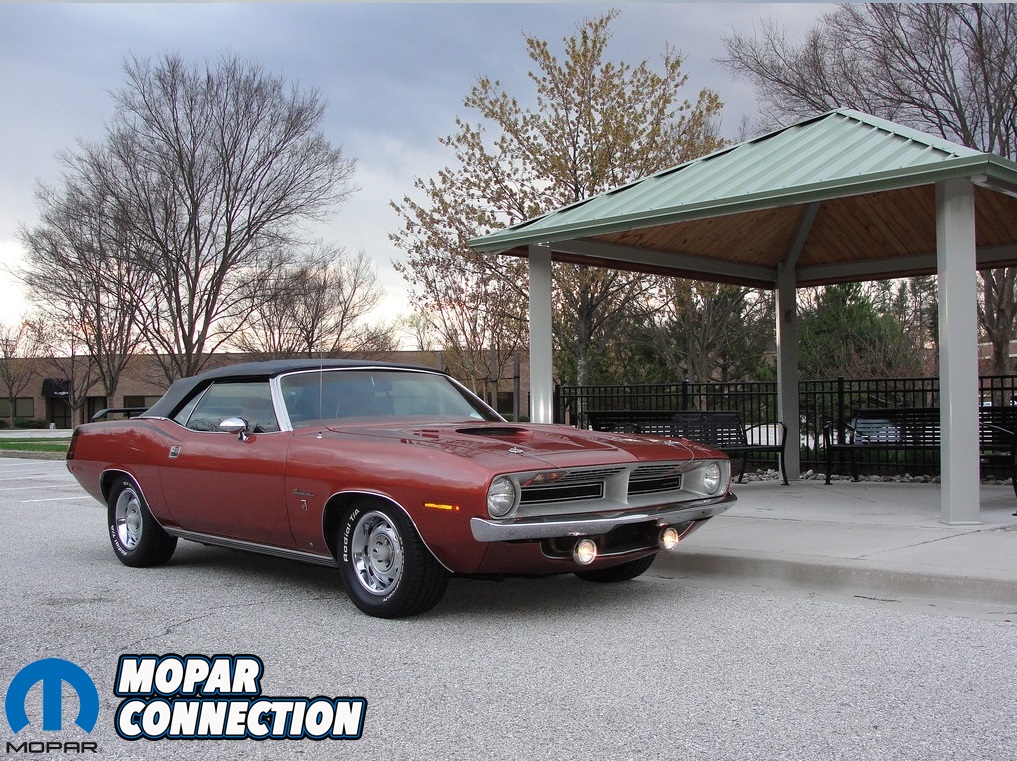 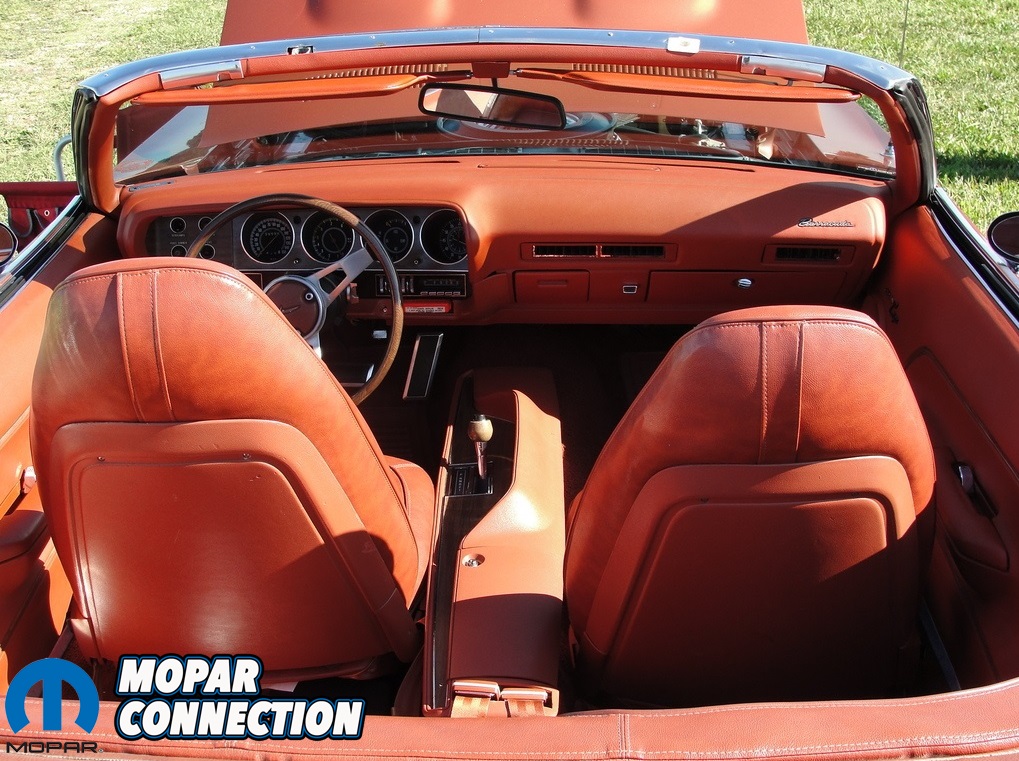 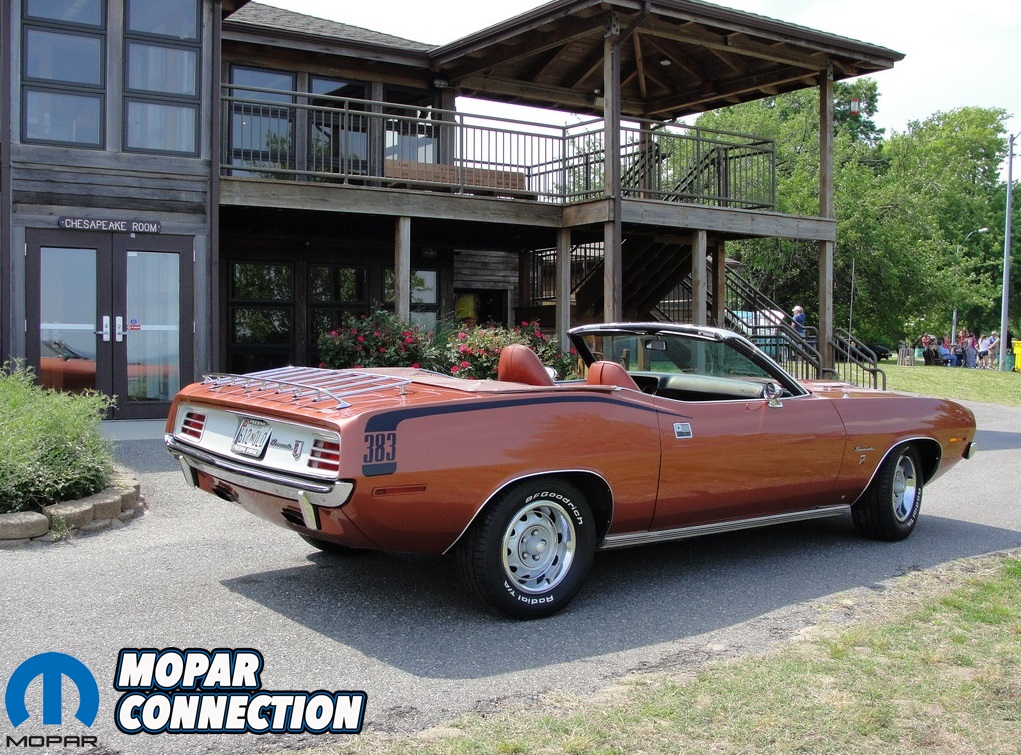 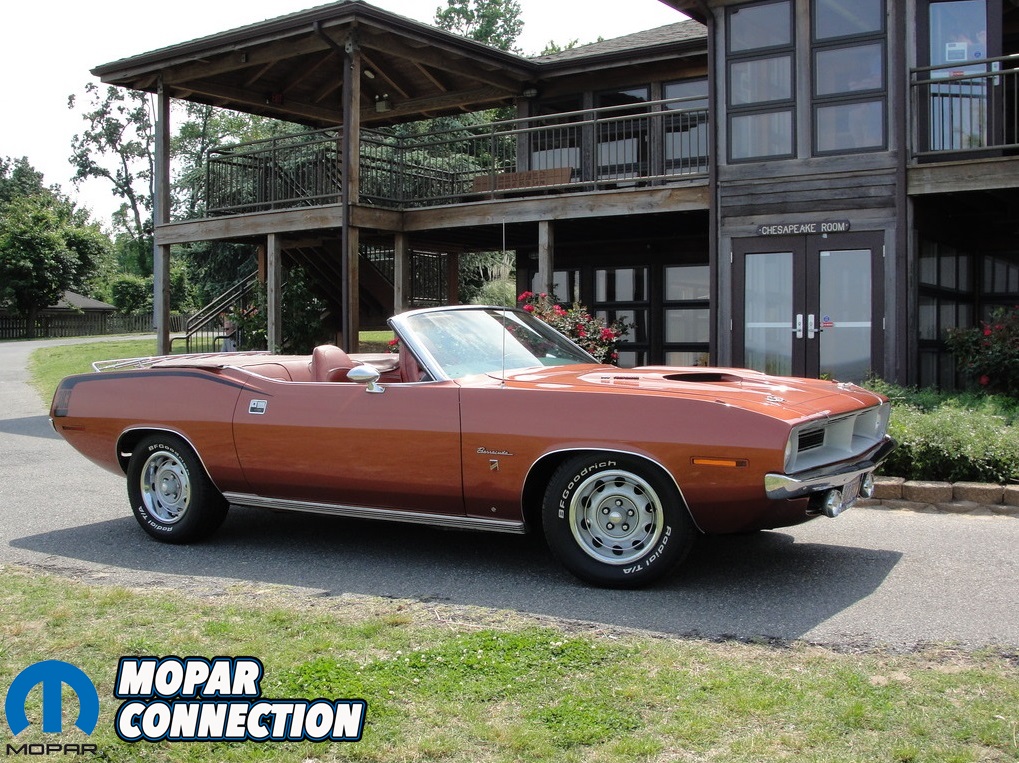 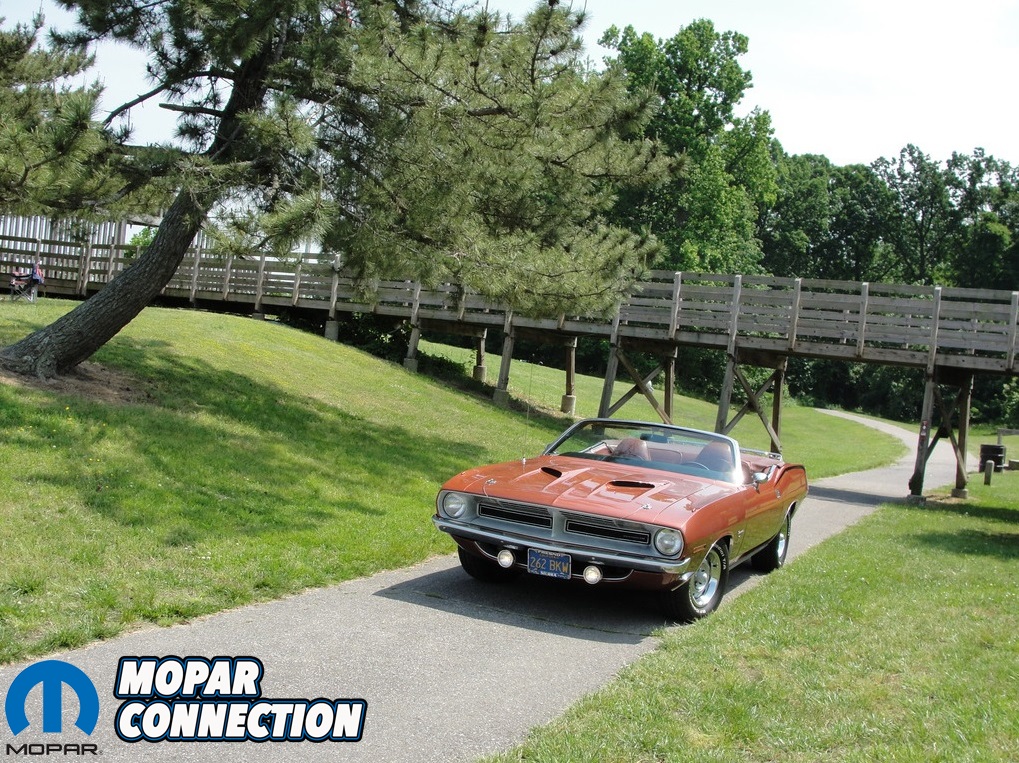 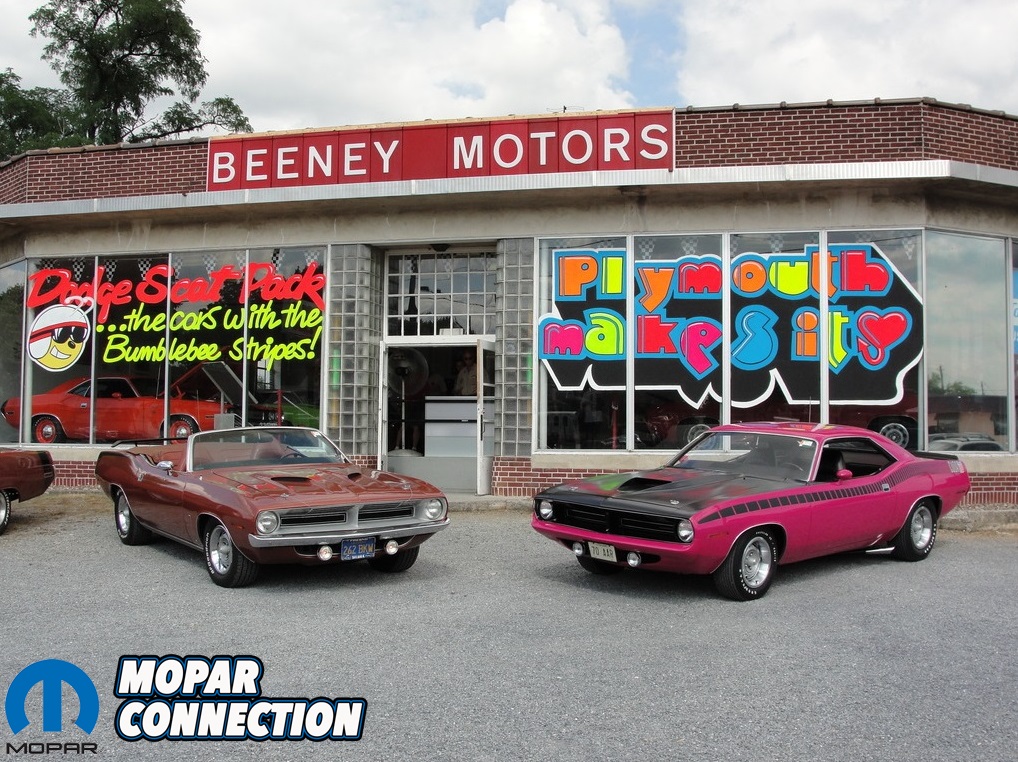 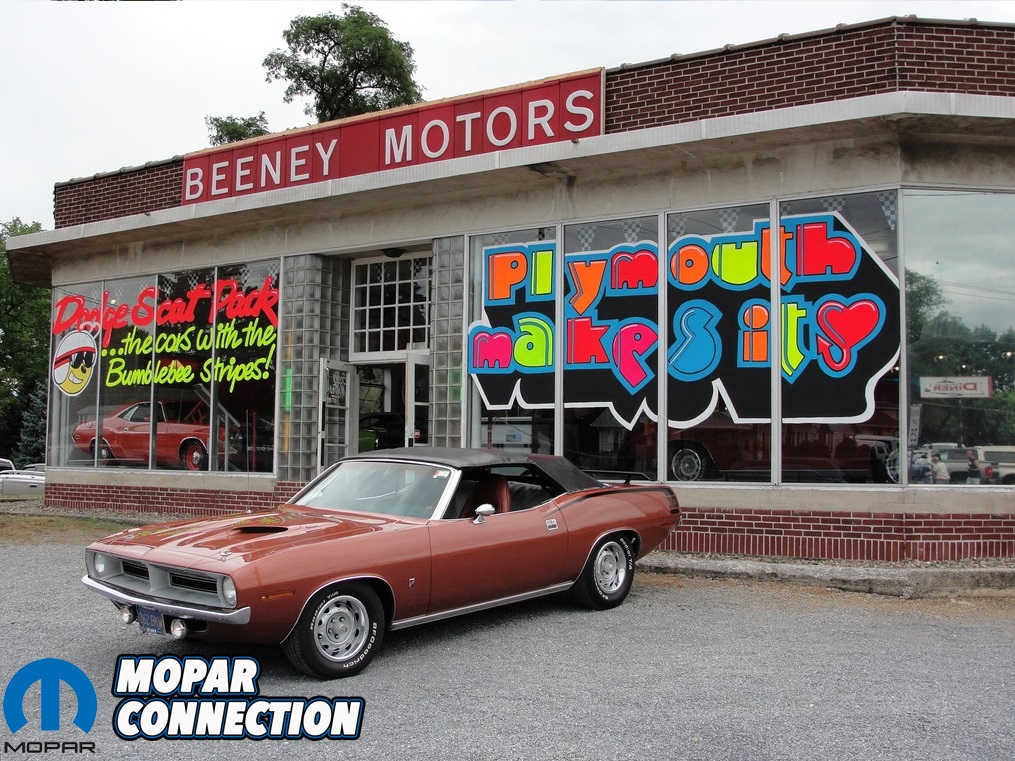 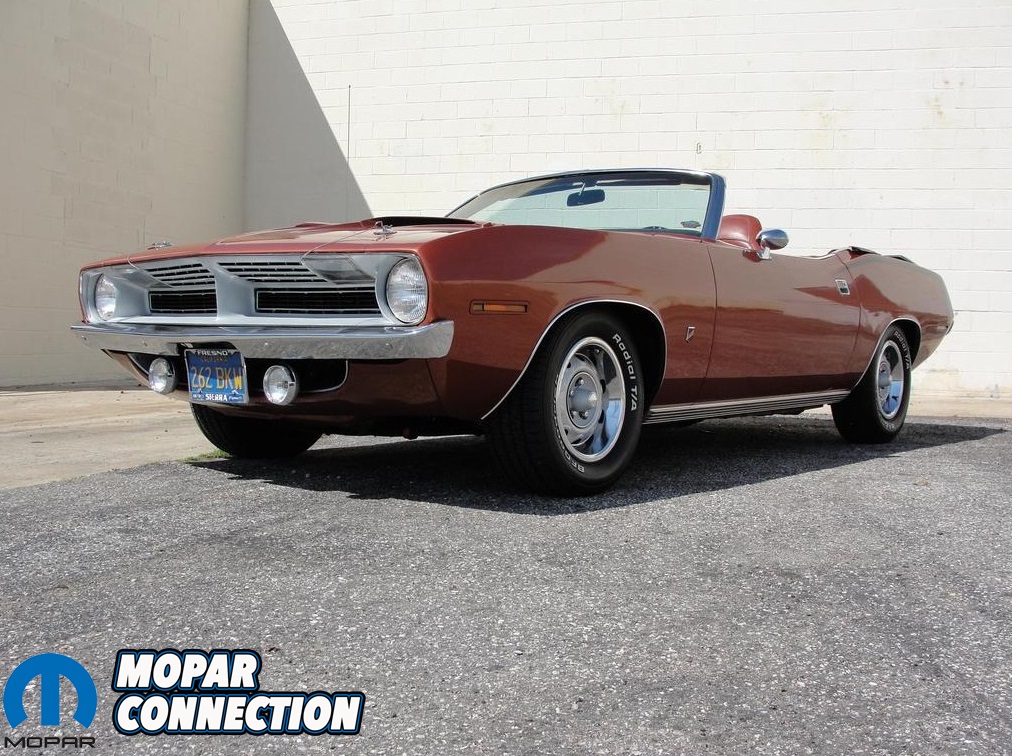 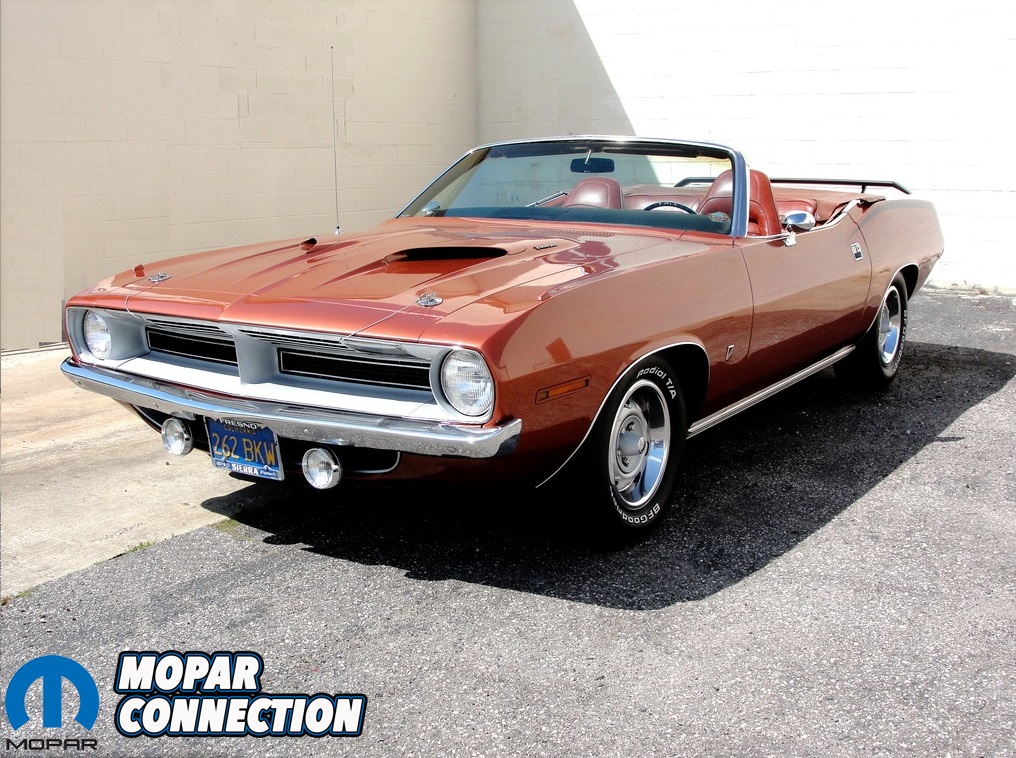