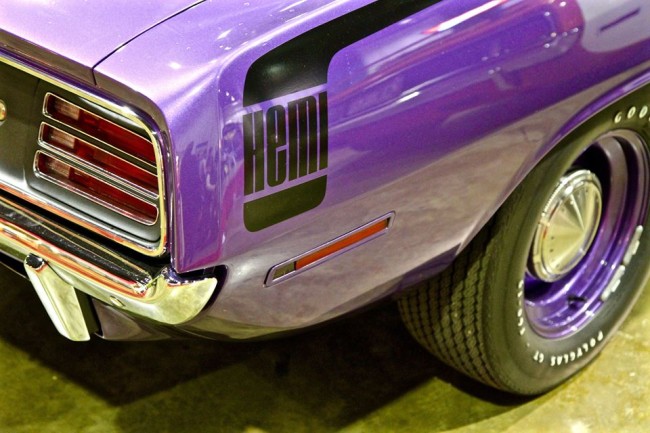 Sometimes you find a piece of history. Sometimes history finds you. This past weekend at the Musclecar and Corvette Nationals we found ourselves living Mopar history. Bob Ashton and his show team managed to assemble 27 of the original 42 Hemi E-body convertibles – the most valuable muscle cars on the planet – in one place, under the roof of the Donald E. Stephens Convention Center in Chicago.

The open cars owned the show, hosting a steady stream of shoulder to shoulder visitors ogling a once-in-a-lifetime event. This was the largest gathering of Hemi E-body convertibles in one place since they rolled off the assembly line some four and a half decades ago!

The cars ran the gambit across all conditions, from scruffy survivor to rotisserie-restored perfection. Pictures from the past accompanied many, showing us a time when they were used to take the family to the cottage on dusty roads or simply sitting outside in the snow. It was a peak into a not-too-distant past life when they were “just cars.” 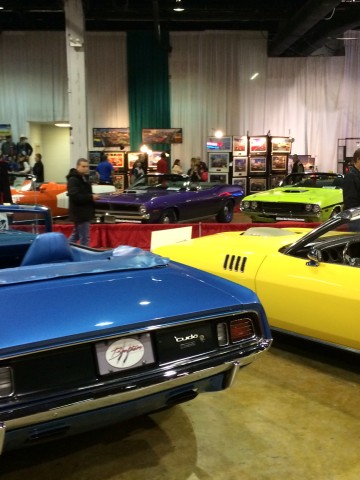 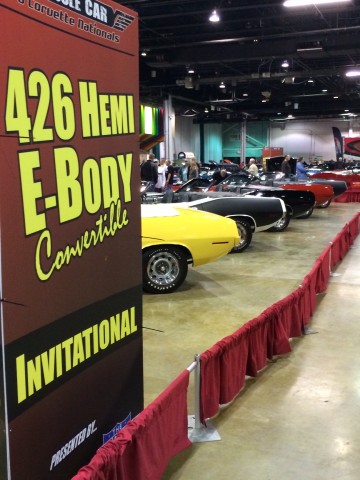 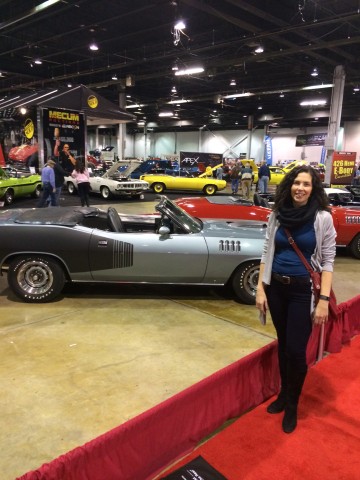 Many of the current long-time owners shared stories of buying their particular example during the 1980s for sums of money their friends and family thought them crazy to part with for “an old used muscle car.” Of course time and perseverance has proven the wisdom of their decision, given increases of many thousands of percentage points over their original purchase price. The price tag of the whole lot of 27 sitting there on the convention center floor was estimated at a cool 52 million.

The Blake family may be the most famous caretakers of these special Mopar drop-tops. Their foresight into the future value and desirability of the cars goes back to the 1970s and they currently own many open ‘Cudas and Challengers with Hemis. The family’s patriarch, the late Bob Blake and his son Dave, acquired the most optioned-out, wildest looking of the lot: the orange Canadian Billboard ‘Cuda with orange interior. It is the rarest among the rare. The wildest among the wild.

Some of the owners are recent caretakers of these rare machines. The Brothers Collection brought a whopping eight cars to the show, accounting for nearly a third of all that showed up. They count the famous white 1971 French export ‘Cuda among their collection. This car is one of three exported to France and its Winchester Grey French sister was also present, thanks to Tom Lembeck. Unfortunately the third car, also white, has been lost to time. 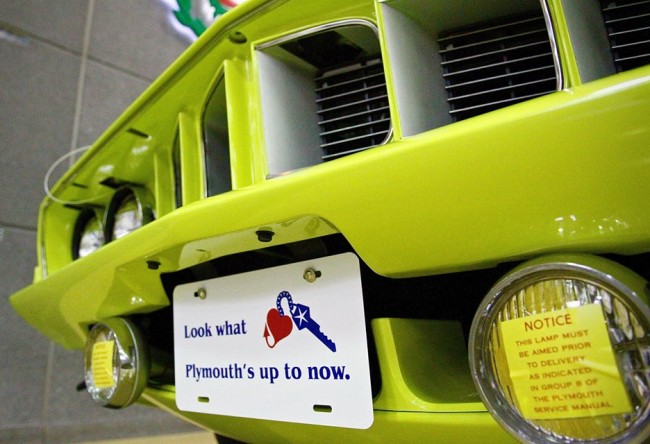 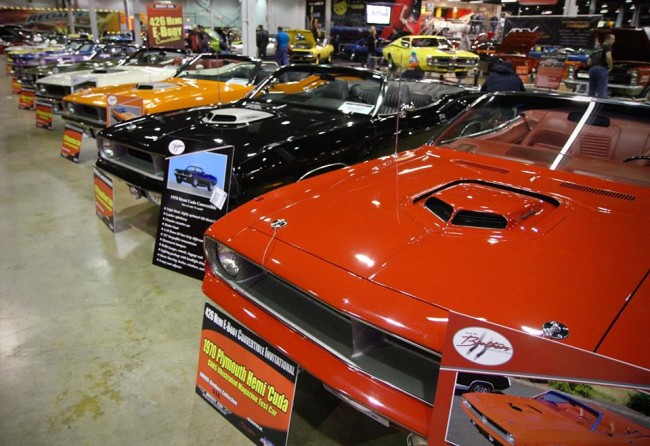 Wade and Astor Ogle brought the infamous Bass Boat ‘Cuda, though it wears its wild metal-flake ‘70s paint job no longer. A 1970 FC7 ‘Cuda, Wade decided the best route was to return the car to its original factory finish and display it with painted pieces of its former psychedelic livery like the hood and grille.

Only a couple of the 1970 ‘Cudas were purple with the most popular color being black. Remarkably, four out of five of the black cars were present and accounted for including ‘Cuda designer John Herlitz’s executive-ordered car, which we wrote about here at Directly Connected last month.

So many cars. So many stories. So much history. All in one place. We may never see the likes of this again. Special thanks to the owners for bringing their cars and to Bob Ashton and his team for making it happen.