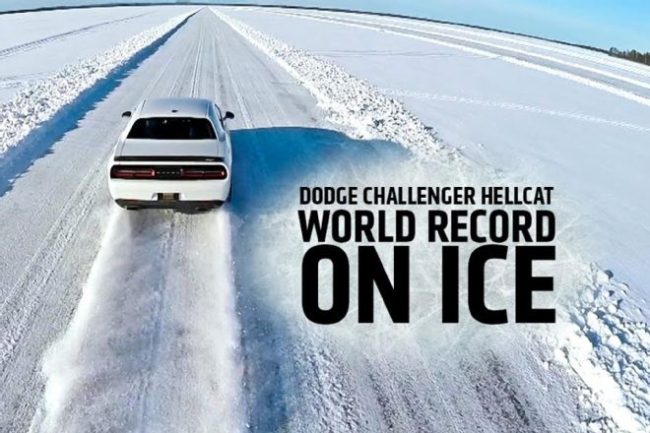 From the factory floor, the Dodge Challenger Hellcat has an official top speed of 199 MPH, putting it in elite company when it comes to pushing the limits of the speedometer. Of course that was on a prepared track surface in ideal conditions, with Dodge making two back-to-back speed runs and taking the average to form an official speed rating.

And that’s all well and good, as that’s where most racing is done at the end of the day. But for those longing for a much challenging racing scenario, where traction and top speed are more at the mercy of the elements, then why not take a Dodge Challenger Hellcat out onto a frozen lake instead? 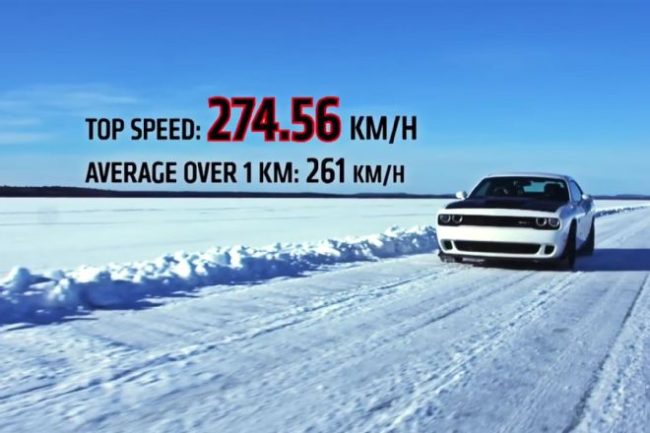 Driving on ice is a completely different experience compared to the race track, though car enthusiasts from Sweden may find themselves without much choice in the matter once winter sets in. This video follows a Swedish team to the Arsunda Speed Weekend, where the Hellcat put on studded snow tires in order to give it some semblance of grip on the frozen lake.

The studded tires were enough to propel the Hellcat to a new ice racing record for its class, cresting 170.6 MPH atop the ice bed. It takes a lot more effort to keep the supercharged Mopar in a straight line too, as you can watch the driver struggle to keep the Hellcat pointed straight.

Amazingly, the Hellcat’s 170.6 MPH run wasn’t even the fastest of the day, as an Audi A4 rocketed 199.8 MP. But there’s no doubting that the American-built Hellcat had a much tougher figurative hill to climb as it is a rear-drive vehicle, compared to the Quattro all-wheel drive-equipped Audi.

Chris is a writer and gearhead who loves all things automotive, from hybrids to HEMIs, Chris can be found wrenching or writing- or else, he's running, because he's one of those crazy people who gets enjoyment from running insane distances.