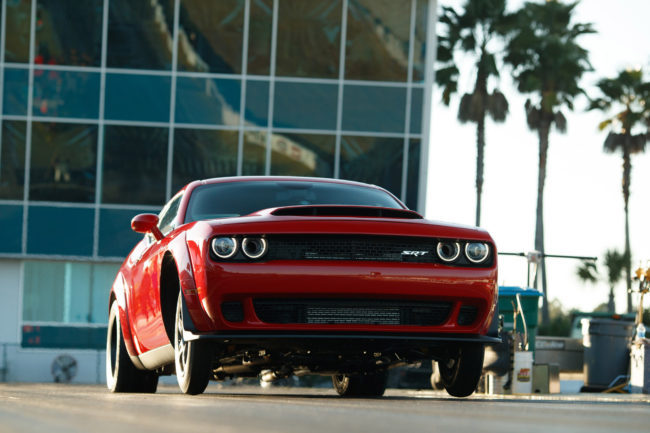 When FCA (Fiat Chrysler Automobiles) released the Hellcat Challenger and Charger a few years back, they tried hard to make sure the vehicles wouldn’t be sold with ridiculous markups. If you may remember, dealers added insane markups to the First Edition 2008 Dodge Challenger SRT8s when they came out. However, even with what the big wigs were saying regarding the Hellcats, many dealers didn’t follow guidelines and quickly Hellcats were popping up on dealership lots with $10,000-$50,000 mark ups; same as it was with the 2008s! Shortly after, it seemed FCA changed their tune and simply gave up. When asked if they could do anything about markups, their response was along the lines of “each dealer is an individually owned franchise; we have no say.”

With the release of the 840 horsepower 2018 Dodge Demon, many started questioning the markup situation right away. When it was announced it would be a limited production car (3,000 United States/300 Canada), we knew it would be bad. With a starting price of $84,995 USD (including $1,700 gas guzzler tax, excluding $1,095 destination), the question everyone was wondering was; how much will it really be after dealers get their greedy paws on them? Well, it looks like FCA wants to fix that huge black mark. FCA has just released a statement that shows they really are against dealership markups and are doing whatever they can to help prevent additional “market adjustments” as the dealers call them.

“We learned a lot when we launched the wildly popular SRT Hellcats,” said Tim Kuniskis, Head of Passenger Car Brands, Dodge, SRT, Chrysler and Fiat — FCA North America. “We’ve taken that information and created an allocation plan that is clear and concise, builds on Demon’s position as the Dodge/SRT halo and makes it easy for our customers to understand how they can put a Demon into their garage and, ultimately, out on the drag strip. We know some dealers may be tempted to sell to the highest bidder, but we are encouraging them to leverage the Demon as a halo for both the brand and their dealership, to bring customers into their showrooms and see everything we have to offer.”

FCA has taken what they learned from their Viper GTC program and set up a “Demon Concierge” program to handle every step of the ordering process. Dealers and buyers can call the Demon Concierge to check on the status of their build instead of using FCA’s ancient VOTS program that never works. The biggest advantage of the concierge program is they will be accepting and confirming every single sold order. No longer can dealers order cars for fake customers like they have in the past with the Hellcats. We’ve lost count on how many Hellcats we’ve seen on lots where they say “the customer bailed on the order”; leaving the dealership to put it on their lot with a massive markup; just to find out it was ordered by the dealer for themselves with a lot guy’s name as the “customer”. 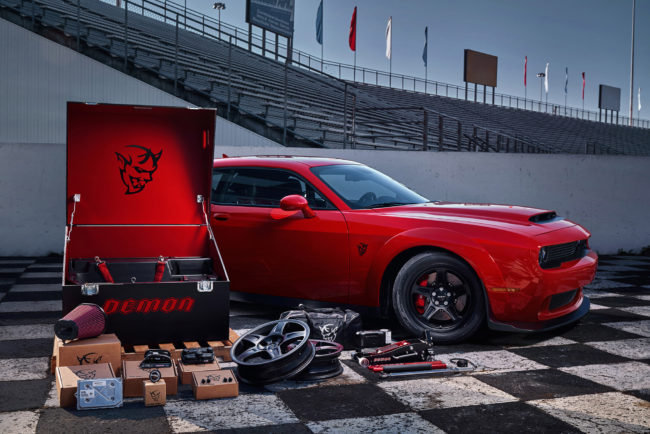 This is how it’ll work: To even be eligible to order a Demon, dealers must have sold more than one SRT Hellcat in the last 12 months. If they haven’t, no Demons for them. Plain and simple. Next, dealer allocation will be based on 60% SRT Hellcat and 40% Charger and Challenger sales performance. FCA has no interest in how many Ram 1500s or Dodge Grand Caravans they’ve sold. Dealers will only be able to order as many Demons are they are allocated; not a single one over that.

When a dealership has an allocation and wants to order a Demon for a customer, it must go through the concierge program. The team there will first make sure it’s a verified sold order and then an acknowledgement document must be completed and signed by the customer and the dealer. After that, it must be notarized. This document includes some safety considerations, the Demon’s technical specifications, the options that are being ordered and the contract price of the vehicle. This will allow them to see how much each buyer has paid for the car and if any markup has been charged. If markup has been charged, it pushes the dealer further down the list for priority for future orders.

Once the concierge team has received the notarized document, the vehicle will then be scheduled for production. Demons sold at or below MSRP will receive priority scheduling and those cars have a higher chance at being one of the first built. No more paying $250,000 for the “first one” like the case with both the 2008 Challenger and the Hellcats. Demons that are being sold with a markup will be produced after priority production is completed. This means those greedy dealers are going to have to wait longer to receive their customer’s car. It’s in the best interest to sell them as close to MSRP as possible as it means they will get the car faster and get the next allocation a lot quicker.

Dealers can start placing orders for the Demon on Wednesday, June 21st with production beginning later this summer and deliveries to Dodge/SRT dealers to begin this fall.