In May of 1971, Rich Boswell, a Navy sailor with an obsession for anything Mopar, was on a five-day stay at a Veterans Affairs (VA) Hospital. While awaiting a test, Rich perused a copy of the past December issue of Motor Trend magazine. The magazine featured the new 1971 Charger product offerings. The Hemi-equipped Charger piqued Rich’s interest, and at that moment decided that a Charger would be his next Mopar.

Before his tour in Vietnam, Rich had a mess of Mopars including a 1958 Desoto, Coronet R/T, Challenger T/A, and Chrysler 300. As you can tell Rich was no amateur when it came to Mopars. Within a week of leaving the VA Hospital, Rich made the trek to Kirkwood Dodge of Wilmington in Delaware. Along for the ride was his mother and youngest brother, Mike. Rich was prepared to drive a new Charger off the lot that day but unfortunately, that didn’t happen. 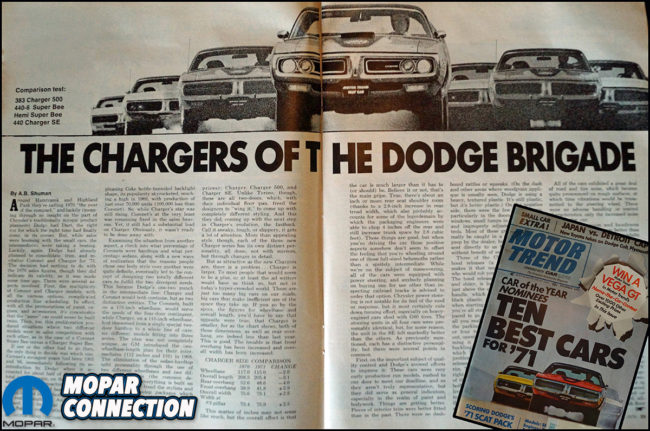 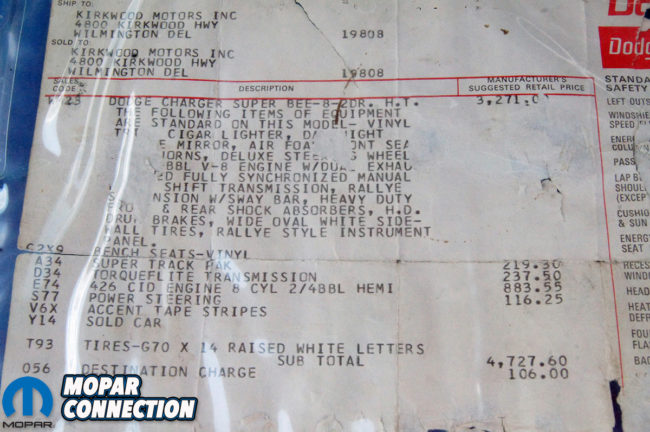 Two years prior, while on leave from Vietnam, Rich was in a dreadful accident with his Coronet R/T. A failed front tire sent the Coronet careening from the road, resulting in Rich losing the use of his legs. Rich was 19 and his life changed greatly, but he would not be slowed down. After a year of rehab, Rich purchased a 340 Dart Swinger, and he developed a smooth maneuver that allowed him to slide across the bench seat from the passenger side and in the process, store his wheelchair behind the passenger’s side of the front seat. Rich operated the Dart with hand controls.

With the need for a bench seat, his desire for a 1971 Hemi Charger R/T was eliminated to the bucket seats and console interior. As Rich’s hopes seem to be crushed, the salesman found another option that would be similar in looks, have the 426 Hemi under the hood, automatic on the column and bench seat. Although not exactly what Rich was prepared to order, he decided a 1971 Hemi Charger Super Bee would do and placed his order. 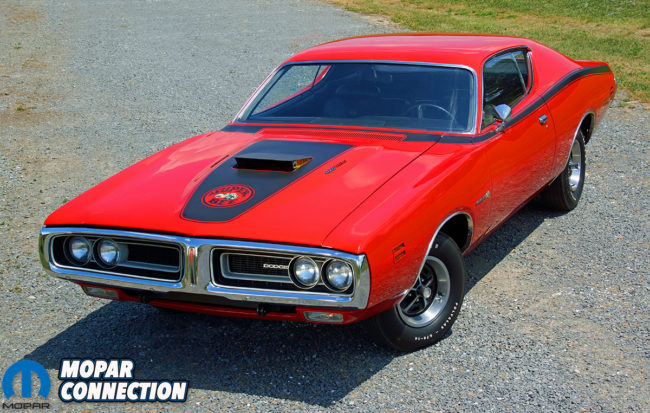 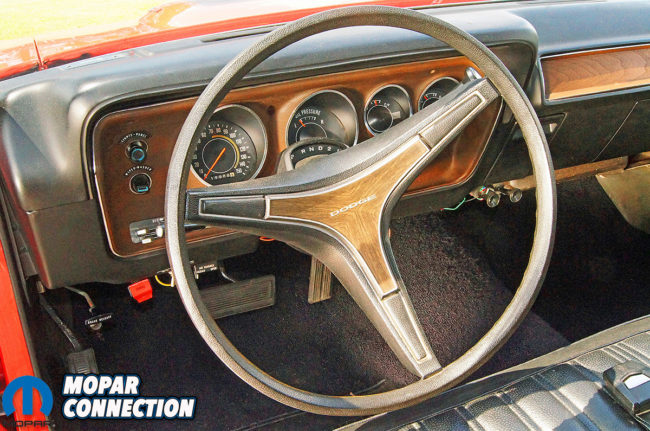 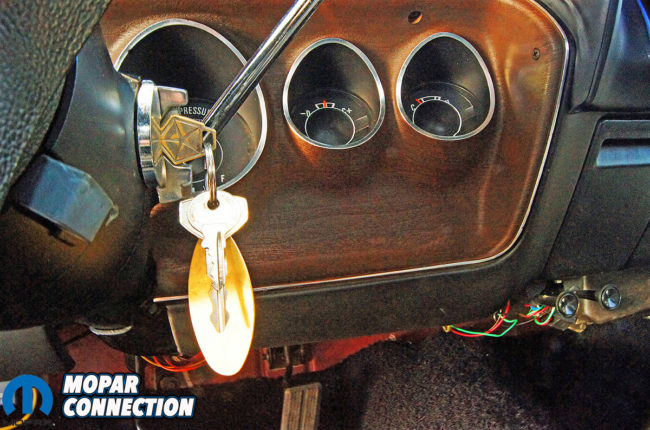 Rich drove the Super Bee home with his 11-year old brother Mike riding co-pilot. After the Hemi’s break-in period, Rich and the Super Bee began frequenting the various drag strips in the mid-Atlantic and Northeastern states. After proving his mastery of the hand controls to concerned track officials, Rich began collecting wins in D/Strictly Stock eliminator, contested mainly at Cecil County Dragway in Maryland. By the end of the 1971 season, Rich won the Maryland D/Strictly Stock Championship. In 1972, Rich’s winning ways continued, and he narrowly missed a second championship.

For 1973, Rich selected different wheels, better tires, headers, open exhaust, an aftermarket dual-breaker distributor, condenser, and coil. Rich added the pull bar brackets and supports on the front of the Super Bee, so it could be flat towed to the track. The elapsed times (ET) dropped into the 12.70s in the quarter-mile, but the new combination proved very inconsistent. With the limited success of the 1973 race season and being a newlywed, Rich’s usage of the Super Bee slowly became relegated to occasional drives with Mike to get ice cream. 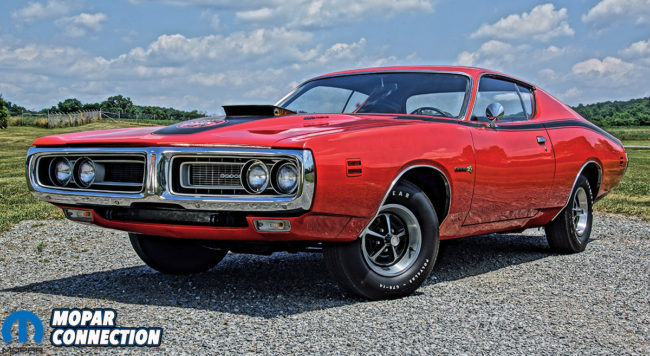 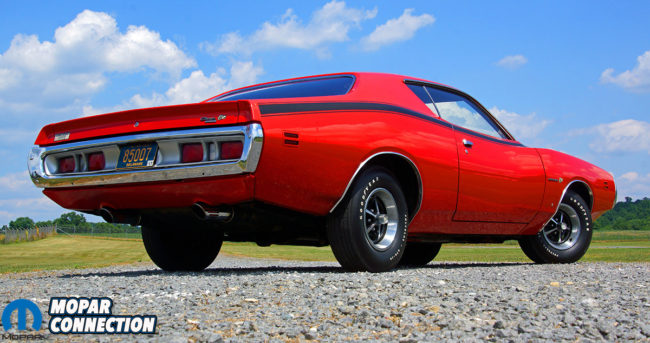 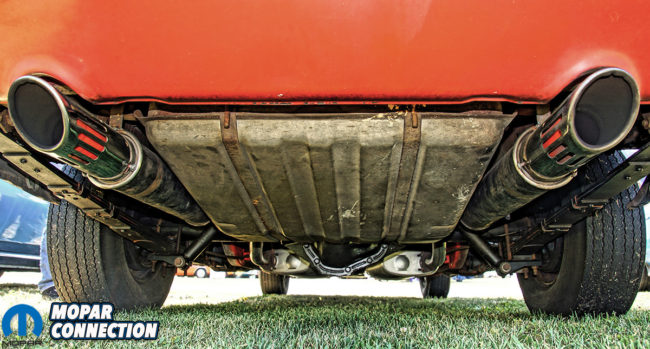 By 1976, Rich had moved to Pennsylvania, and an unanticipated tax bill forced Rich to put the 4K-mile Super Bee up for sale. With an asking price of $1,700, zero offers were made. With the unsuccessful sale, the Bee ended up being pushed to the back of the garage, draped with a cover, and forgotten. By 1981, Rich had relocated to Florida with the Super Bee. With little interest in the car, Rich again attempted to sell the Bee. This time he found a buyer, his little brother Mike. Now an adult, Mike was able to slip behind the wheel of the car he had co-piloted just a decade earlier. Mike and Rich agreed on a price, and the Super Bee returned to Delaware.

Once back in Delaware, the Hemi seemed tired, so Mike and a friend pulled the 426. When the cylinder heads were removed, the factory crosshatch in each cylinder was still visible. The internals of the engine were fine, so the cylinders were honed and new piston rings were slipped onto the factory pistons. The engine was rebuilt to factory specs with Mike adding a camshaft with a .495” lift and a wild duration of 337 degrees. The dual-breaker distributor was replaced with a Direct Connection electronic ignition distributor and chrome box ignition module.

With the addition of a looser converter and slicks, the Super Bee ran very well. One eventful evening with perfect weather conditions, Mike pushed the Super Bee to a best of 11.55 at 116 mph. Years of constantly shifting the Hemi at 7,000 RPM began to worry Mike, so he decided to pull back on the combination. Mike reinstalled the exhaust manifolds, exhaust pipes, and the factory camshaft, but he kept the 4,500-stall converter and a pair of M&H Racemaster slicks. This “stock” combination along with 4.56:1 gears provided a best ET of 11.95 seconds. 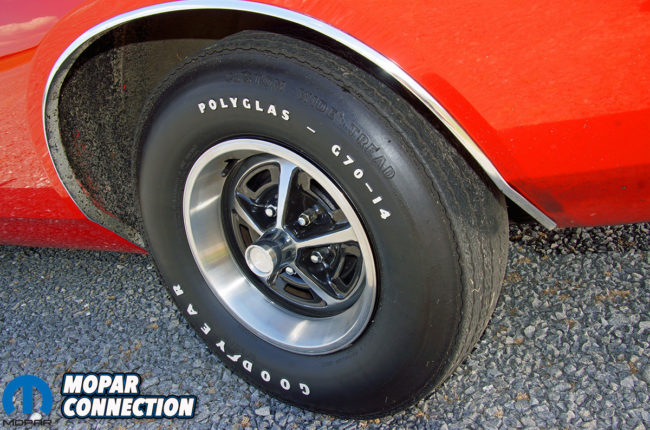 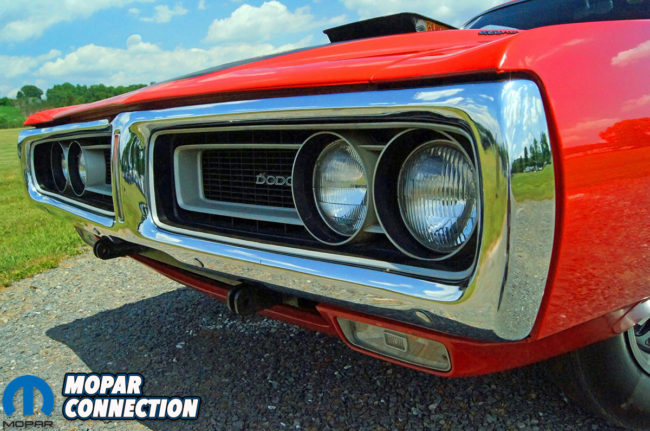 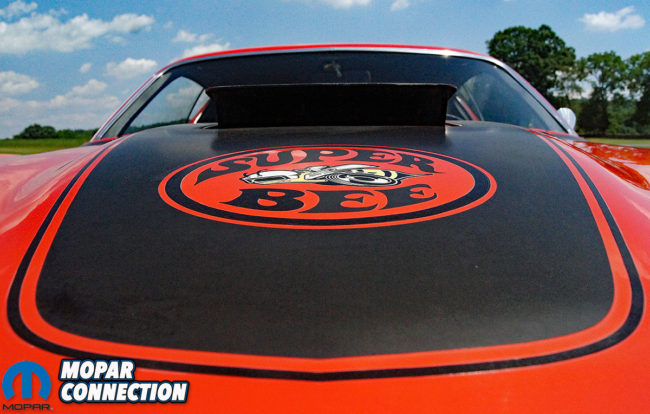 For a decade, Mike stayed away from the track, but again the strip beckoned. Mike participated with the National Muscle Car Association (NMCA), first in Top Stock and later in Pure Stock. In Top Stock, the 426 could handle all the big block cars fairly well, but as the Top Stock elapsed times continued to drop, a roll bar was going to be required. With no desire to cut up the car, Mike slipped on a pair of Goodyear PolyGlas tires and moved to Pure Stock. Mike was able to get the Bee’s ET down to 12.39 seconds on the bias-ply tires.

After all the years of racing, Mike realized the Super Bee had not sustained any damage, so in the late 1990s the Super Bee’s track days were ended. Today, the Super Bee lives a life of luxury attending car shows. How rare is the Super Bee? The ‘Bee is an original 19,000-mile ride with the original paint, original accent stripes, original interior, and original drivetrain (Mike has the factory carbs and the dual-breaker distributor as well). It is one of twenty-two 1971 Super Bees equipped with a Hemi and only one of thirteen equipped with a Torqueflite.

The rareness of the Super Bee is truly undetermined, but a radio was installed in 85.4% of all 1971 Chargers, and this ‘Bee does not have one. The color selection, Hemi, Torqueflite, and radio delete surely puts this Super Bee in the one-of-single digits category. Mike conveyed that a closed-door meeting at Tim Wellborn’s museum determined that this Super Bee was the second to last Hemi Super Bee ever produced. What is the Super Bee worth? “Absolutely nothing,” stated Mike, because he has no plan to ever sell the very rare ‘Bee in the colony. 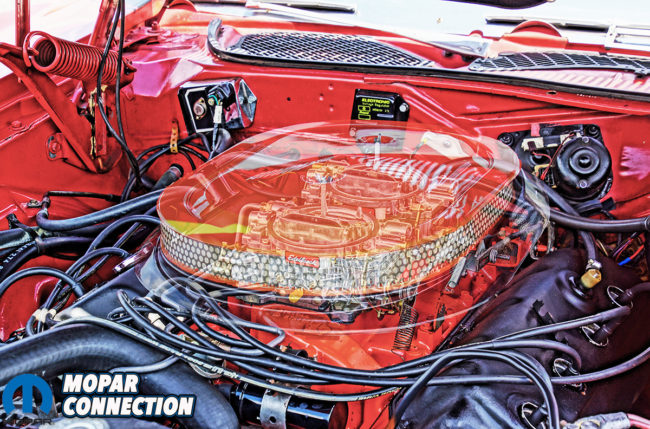 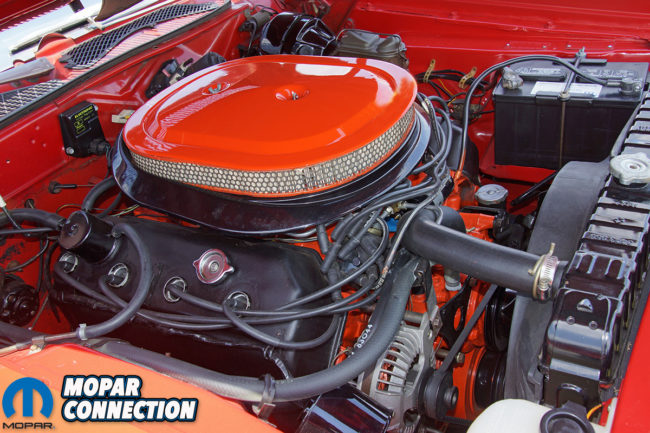 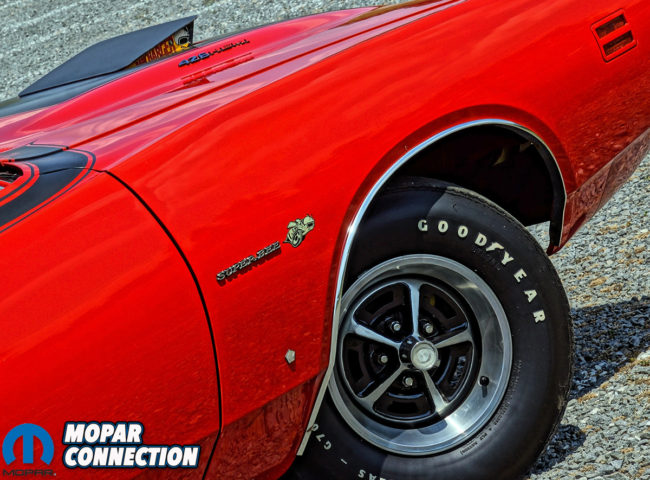 Technical Contributor Chris has been a college professor for 20 years; the last 15 spent at Pennsylvania College of Technology in Williamsport, PA. During the day Chris instructs HVAC and electrical/electronic classes, and high-performance classes, which includes the usage of a chassis dyno, flow benches, and various machining equipment at night. Chris owns a '75 Dart, a '06 Charger, a '12 Cummins turbo diesel Ram, and he is a multi-time track champion (drag racing) with his '69 340 Dart, which he has owned almost 30 years.