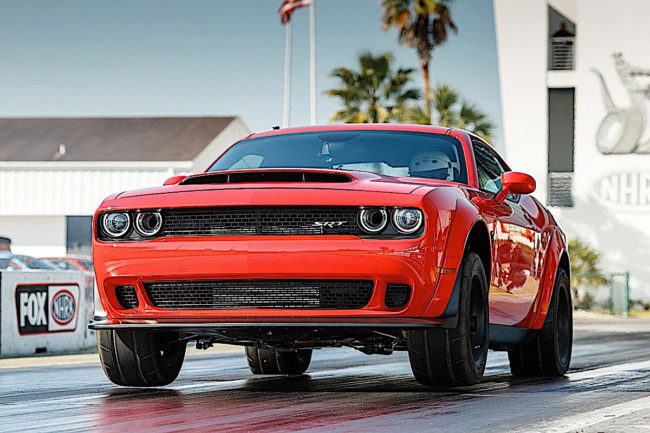 When Dodge first announced sales for the 2015 Dodge Challenger SRT Hellcat, the reaction went wild and got quite out of hand. For starters, the original estimates were that they would make and sell just 1,200 units, but that was eventually bumped to 1,500 units. Before you could say “World’s Fastest Production Car”, orders reached over 4,000 cars before it was even available. Head honcho Tim Kuniskis made an executive decision to fill all orders, and the frenzy began. But that frenzy wasn’t just with potential buyers plopping down up to $20,000 for the near $65,000 707-horsepower beast; no, it was many non-SRT dealers that were accepting deposits for cars that they would never see – or sell.

Many potential buyers became enraged when they saw others taking deliver of a Hellcat that was ordered well after their own deposit was placed, and they demanded answers. This became a proverbial thorn in the side for FCA, which put a stop to the insanity right away and froze sales of the 2015 Challenger Hellcats until everyone got their deposit back. The agreement was that non-SRT dealers weren’t allowed to sell the car, yet they took those deposits anyway. 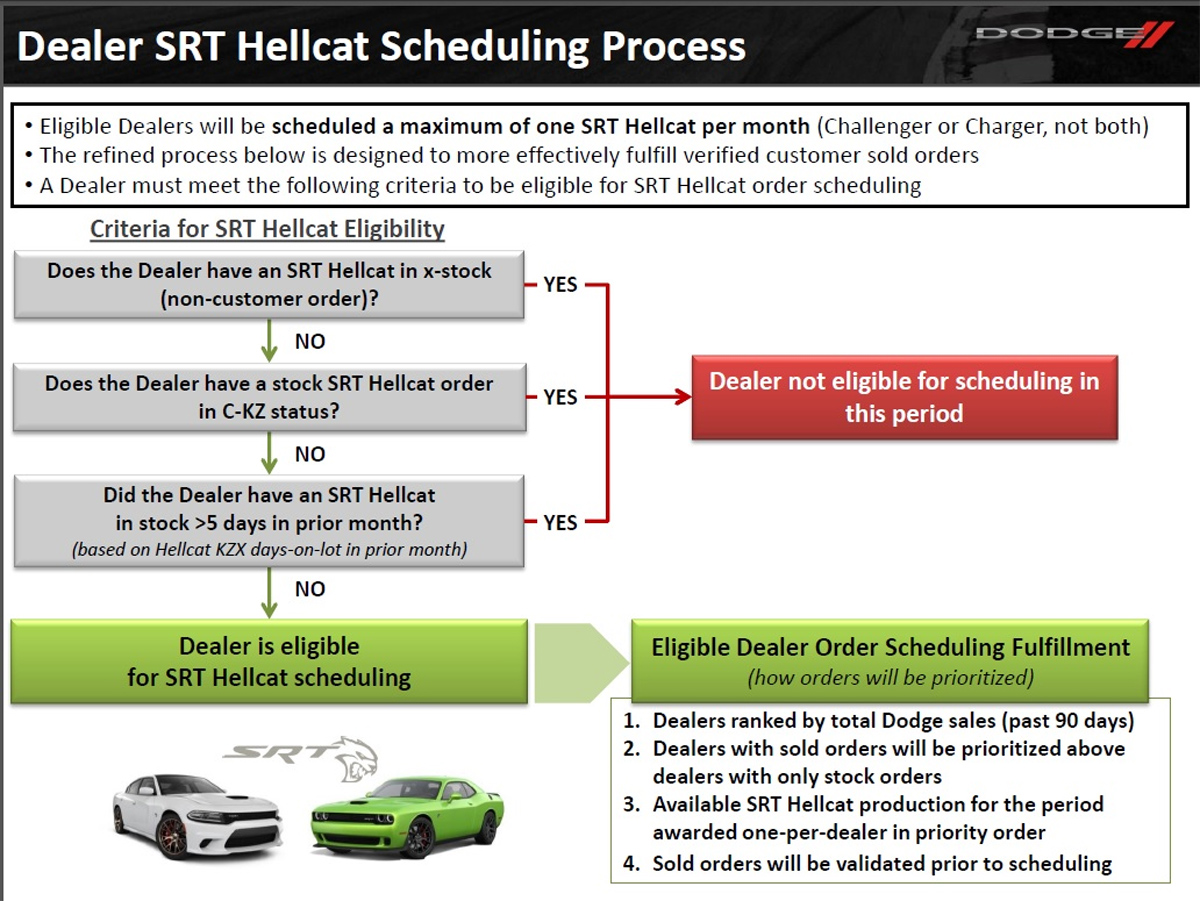 It was a bold move for FCA, and one that had loyal customers raving about that move because Dodge was taking care of the customer instead of its own bottom line, and making sure buyers weren’t getting the shaft. Now, Kuniskis has made sure that this fiasco won’t happen with the new 2018 Challenger SRT Demon by putting his foot down hard on the brakes for any dealers who plan to gouge with excessive markups. He’s making sure they are not going to get priority ordering, and that’s another great move by Dodge that has potential buyers snubbing their collective noses at greedy dealers.

This allocation system, however, doesn’t apply to buyers who have already been given their Verification Order Number (VON) and have decided to make a hefty profit on the $84,995 MSRP for the 840 horsepower Demon. And we found just such a buyer who has listed his alleged guaranteed purchase on Craigslist, asking a mere $225,000 for his otherworldly purchase. He doesn’t yet have a VIN, but promises to trailer the car to it’s next owner, or to allow that person to pick it up themselves. He is firm that he won’t deal with lowballers, but will consider reasonable offers. He doesn’t state whether the Crate will be included with the deal, or whether he’s spent the extra couple bucks for things like front and rear passenger seats. 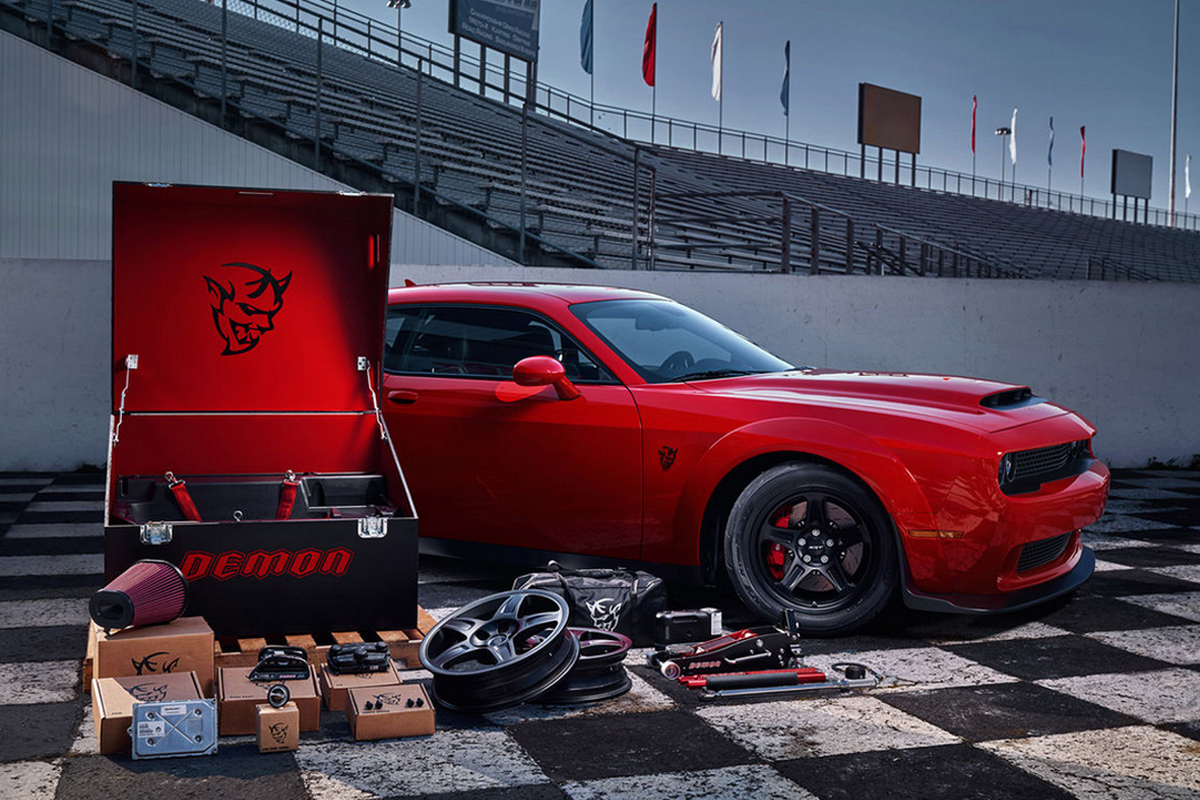 We’re not sure how this deal will work, or if it will even sell at that price, but it’s likely P. T. Barnum was right about his assessment of fools – that there’s one born every minute. With only 3,000 Demons slated for the U.S. and another 300 for Canada, sometimes people are too busy keeping up with the Jones’ to care about monetary values. We’re also wondering if orders will exceed expectations and generate another Kuniskis directive to simply fill each and every order.

The seller insists that this is legit, and should you live your life a quarter mile at a time and nothing else matters (such as price) then the only option you won’t have on your new ride is the sunroof, as the Craigslist ad states that every option was ordered on this car. Another thing is that you can have any color you want as long as it’s “red” – though he didn’t state which red was ordered. That makes us wonder about the legitimacy of this ad, too, because “Red color” doesn’t cut it for modern Mopar enthusiasts who are quite particular. If you really ordered one, and got your VON, you’d know that the color was Tor Red or Octane Red, right? We thought so too. 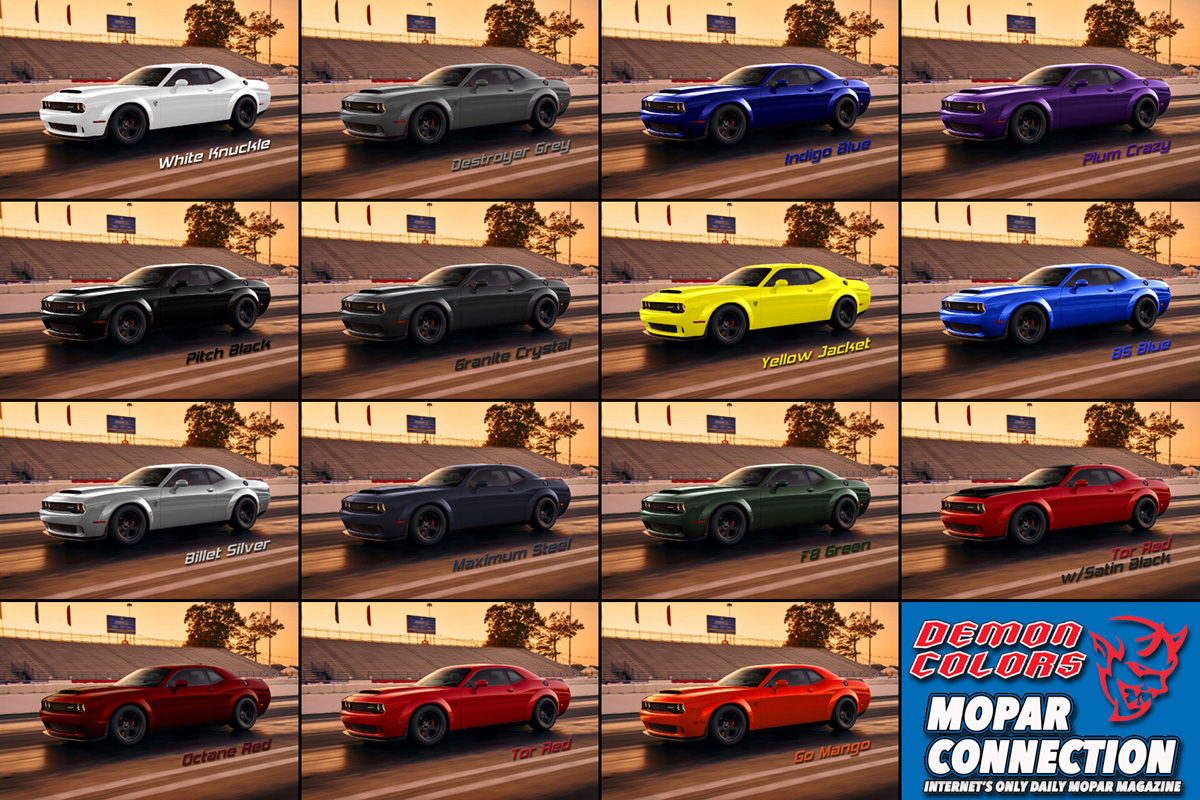 Michael was first fascinated with a wind-up toy car at five years old, and just had to take it apart to see how it worked. Not much has changed, except he is now taking apart real cars and building them for street and road racing. His love for Mopar goes back to his first musclecar: a 1970 Dodge Coronet. His current Mopar is a 1965 Belvedere II that he road races.