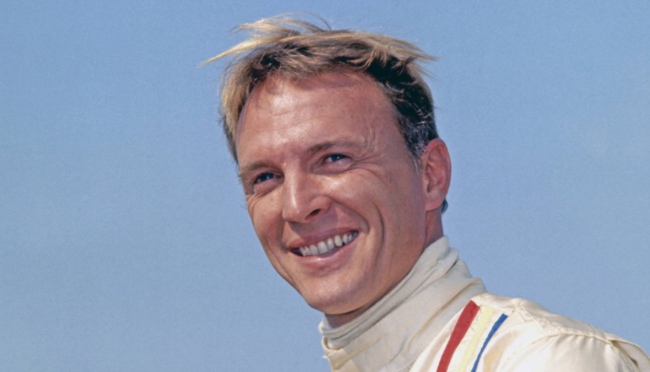 It’s with sorrow-filled hearts that we sadly announce the passing of famed AAR (All American Racers) superstar Daniel Sexton Gurney or Dan Gurney as he went by due to complications from pneumonia on January 14th, 2018. He was 86 years old. Many Mopar fans will instantly know him when you mention the dark blue, red, orange and yellow #48 and #42 1970 AAR ‘Cudas that tore up the Trans Am circuit back in the day.

Dan was born on April 13th, 1931, in Port Jefferson, Long Island, to John Gurney and Roma Sexton. After Dan graduated high school, his family moved to Riverside, California, where he started to realize his love for driving. He eventually graduated from Menlo Junior college and then served two years with the United States Army; most of that time overseas in the Korean War. Dan started racing in 1955 and to say his racing career was a long and very successful one is a complete understatement!

In fact, Dan was the first of only three drivers in history to have scored victories in Sportscar, Formula One, NASCAR and Indy Car; only then followed by Mario Andretti and Juan Pablo Montoya! As mentioned, many in the Mopar community will know him for his accomplishments in the Trans Am racing series; which led Plymouth to create the AAR ‘Cuda for 1970; a car he would tear up the SCCA circuit in. 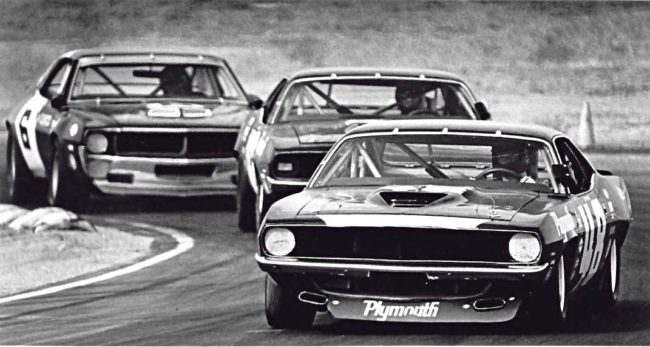 Although he retired from driving in 1970, his career had many other accomplishments. Dan invented the Gurney Flap; a right-angle extension on the upper trailing edge of the rear wing on the car that increases down force. It is used today on just about every race car that has any type of wings. He was also the first big-time driver to wear a full-face helmet; something he did in the 1968 German Grand Prix. In practically every form of racing, you’ll see champagne being sprayed on the podium. Many don’t know but he actually started that tradition in 1967 when Dan alongside co-driver A.J. Foyt won the 24 Hours of Le Mans in a Ford GT40 Mk IV.

Other career accomplishments include his partnership with Carroll Shelby to establish racing team and car constructor AAR (All American Racers), his 2015 involvement in the invention of a “moment-cancelling” four-stroke engine, which uses two counter-rotating crankshafts geared together to cancel out vibrations and in 2016, he received the Robert E. Petersen Lifetime Achievement Award; just to name a few! His wife Evi along with the Gurney family and his AAR teammates read in a statement, “With one last smile on his handsome face, Dan drove off into the unknown just before noon today”.

Rest in peace, Dan. We thank you so very much for your huge contribution to racing.