On July 21st, FCA (Fiat Chrysler Automobiles) announced that Sergio Marchionne had resigned effect immediately from all of his positions including CEO of FCA due to health complications. It was been said that Mr. Marchionne was recovering from surgery and that his health has worsened significantly in recent hours following it. Italian newspapers reported that he suffered an embolism during the surgery, lapsed into a coma and sustained brain damage. As a consequence, Mr. Marchionne sadly would be unable to return to work.

Yesterday, July 25th, Sergio passed away at the age of 66. He leaves behind a massive legacy as being the man to help steer Chrysler out of the darkness when it faced Chapter 11 bankruptcy in 2009. In June 2009, Sergio was named CEO and helped build the Chrysler group of vehicles back into the highly successful market force it is today.

“All of us at FCA feel privileged to have worked alongside a courageous leader like Sergio Marchionne, a man of enormous humanity and intelligence. In this moment of sadness, we join with his family in remembering him with immense affection,” said a short message from FCA.

“Unfortunately, what we feared has come to pass. Sergio Marchionne, man and friend, is gone. I believe that the best way to honor his memory is to build on the legacy he left us, continuing to develop the human values of responsibility and openness of which he was the most ardent champion. My family and I will be forever grateful for what he has done. Our thoughts are with Manuela, and his sons Alessio and Tyler. I would ask again everyone to respect the privacy of Sergio’s family,” says John Elkann, Chairman of Exor (one of the primary investors in FCA).

FCA has now named Mike Manley as CEO. Mr. Manley has been with the company since it’s DaimlerChrysler days joining in 2000 and has been the Head of Jeep brand since June 2009 and Head of Ram brand since October 2015. Previously, Mr. Manley was Executive Vice President – International Sales and Global Product Planning Operations since December 2008. Mr. Manley and his management team will proceed with the implementation of the 2018 – 2022 Business Plan as presented on June 1 of this year, a plan that will further assure FCA’s strong and independent future.

“Having spent the last nine years of my life seeing or talking to Sergio almost on a daily basis, this morning’s news is heart-breaking. There is no doubt that Sergio was a very unique, special man,” shared Mike Manley.

Rest in peace Sergio. Thank you from us here at Mopar Connection for all you did in keeping these amazing vehicles alive for everyone to enjoy. 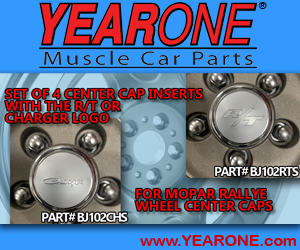