The day before was pretty lousy. Gray skies with waves of rain made the roads slick and traffic slow to a crawl. I had scheduled to drop off an original 440 Six-Pack triple-carburetor induction system with the Content Coordinator at Holley Performance Products, Alex Healey, but frankly, didn’t want to drive Mopar Connection‘s project car, “Brazen” our ’69 Dodge Charger R/T, up to Bowling Green, Kentucky, in this stuff. Thankfully, forecasts showed no rain – although some cloud cover overhead – and clearer roads.

Driving Brazen is always a scene. The big open exhaust emits a pulse that reverberates off the granite walls towering over the road cut through the hillside. I chose to take some extra time to take a road less traveled but still managed to reach Bowling Green nearly an hour before I was scheduled to meet up with Healey. With the route mapped on my GPS stating I had only a dozen miles left to go, I veered from the programmed course and stopped by the landmark Corvette Museum.

The doors had yet to open so I perused the grounds, the rumble of the big stroker Mopar echoing over the rolling green lawn. A paved service path led me behind the iconic golden cone of the museum, which stands directly over the famous sinkhole that swallowed a handful of cars two years ago. Stopping to take a couple snapshots, I realized that I was parked just down the driveway from the restoration center. A point solidified when two technicians walked down to greet me and look over the Charger. 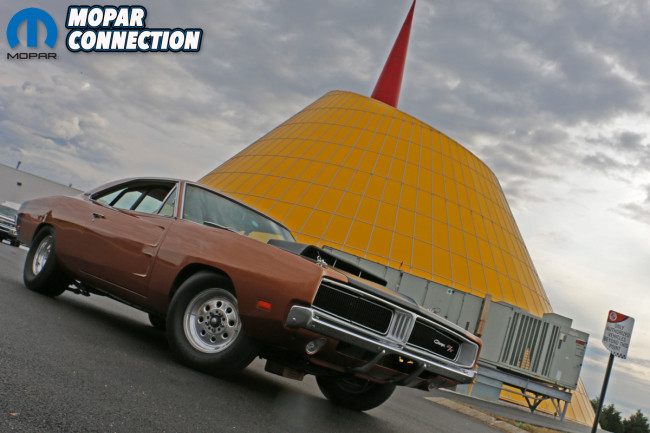 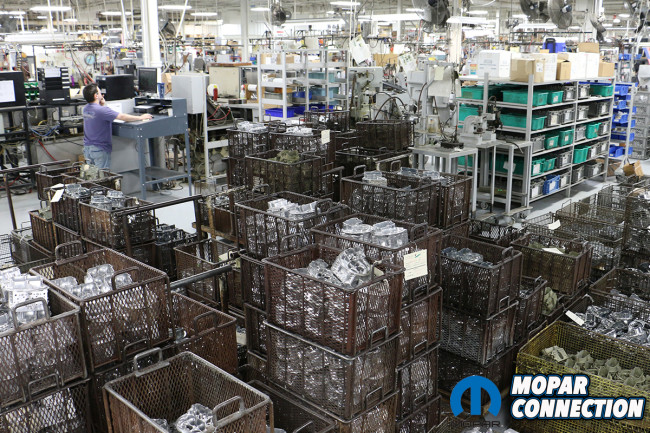 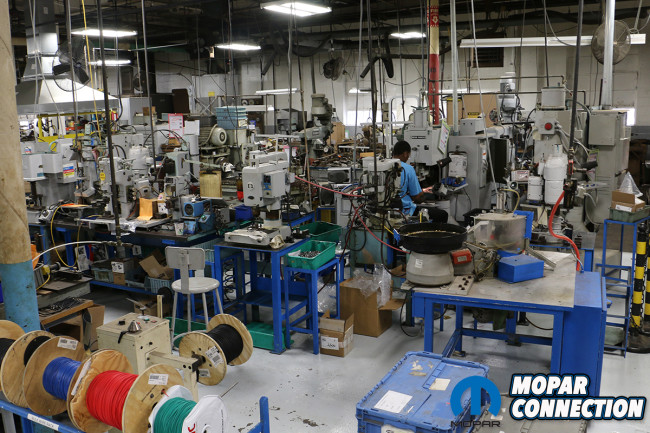 “Car guys,” I thought. “It doesn’t matter if you’re the belly of the Chevrolet beast, real car guys love a sweet muscle car no matter what it is.”

A glance at my watch showed that it was time to go, and I hustled my way back onto the highway. Literally a block from Western Kentucky University, Holley Performance Products’ headquarters resides on the same patch of earth where the first plant was built in 1952. Of course it wasn’t the massive 250,000 square foot edifice it is today, but a lot can happen since the company’s founding in the late 1800s. George and Earl Holley from Bradford, Pennsylvania, first began making patterns and castings for a one-cylinder engine.

The engine was for a three-wheeled vehicle that could reach a breakneck speed of 30 mph, and its development led to the manufacturing of the Holley Motorette. Of the approximately 600 Moterettes built, only one is known to exist, and that’s just inside the foyer at Holley HQ. Yet, as the story goes, the Holley Brothers were urged by Henry Ford in 1903, to abandon the car and concentrate on building carburetors for the Model A, and, as they say, the rest is history. 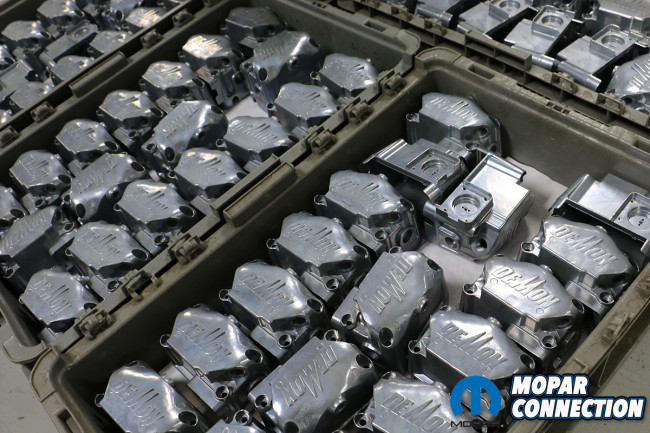 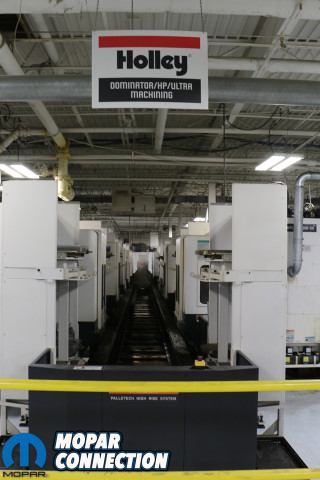 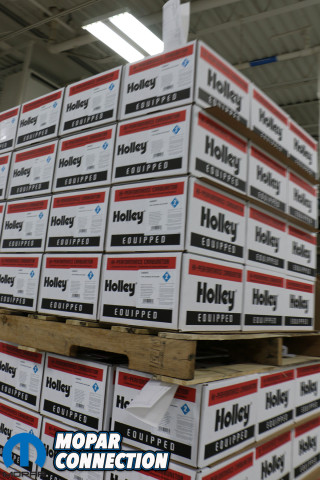 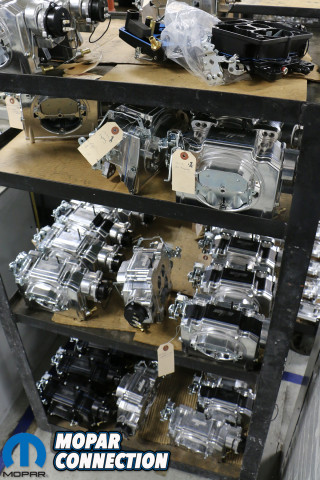 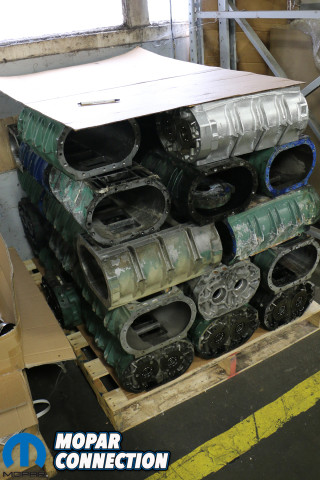 Between then and today, Holley has produced over 250,000,000 carburetors, including half of all the carburetors built during WWI and WWII. A decade later, Holley’s four-barrel 4150 carburetor was first introduced on the 1957 Ford Thunderbird and shortly thereafter, nearly every major muscle car came equipped with the 4150 or a Tri-Power/Six-Pack package. The 1960s also saw the introduction of the Double Pumper as well as the Dominator, developed specifically for NASCAR, in 1968.

In the past 25 years, Holley has also expanded its pavilion after acquiring Weiand superchargers, Flowtech, Hooker Headers, Earl’s Plumbing, and NOS nitrous oxide systems in the 1990s, and picking up the MSD Group, which includes Mr. Gasket, Accel, Superchips, Edge, Racepak, Mallory, Hays, QuickTime, and Lakewood, half a year ago. Besides those products built in El Paso, Texas and in the Aberdeen, Mississippi plant, everything else is produced in-house in Bowling Green. 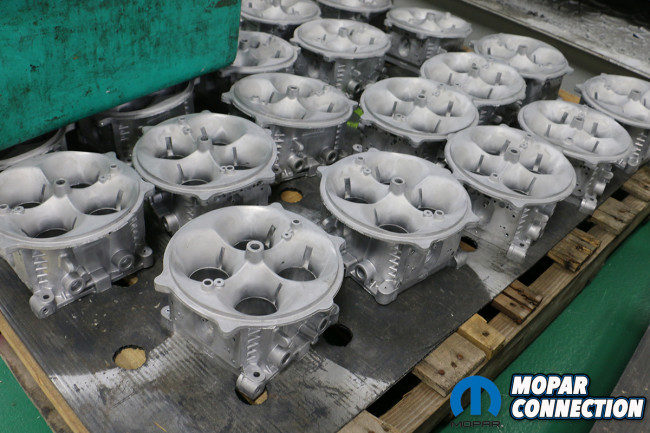 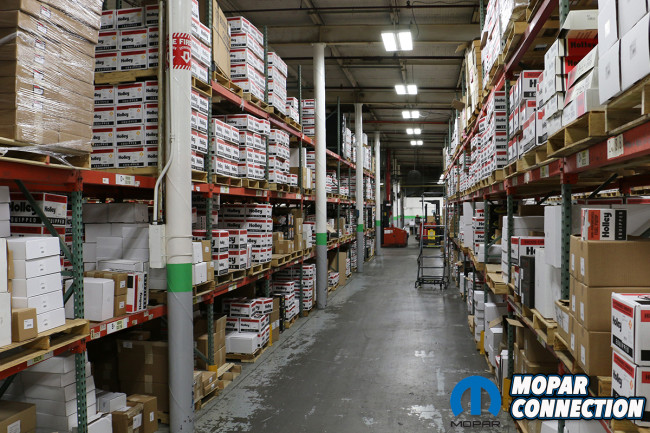 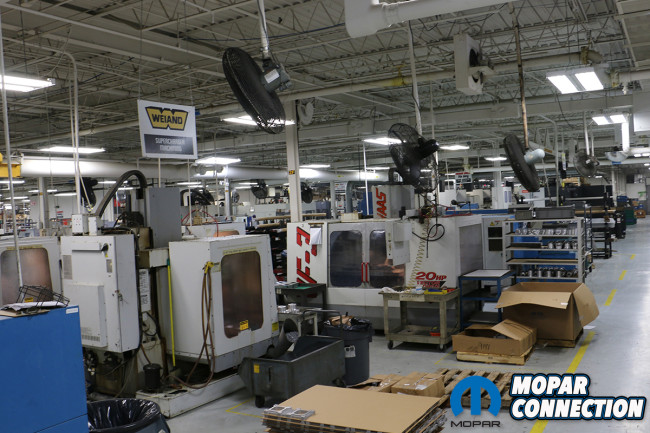 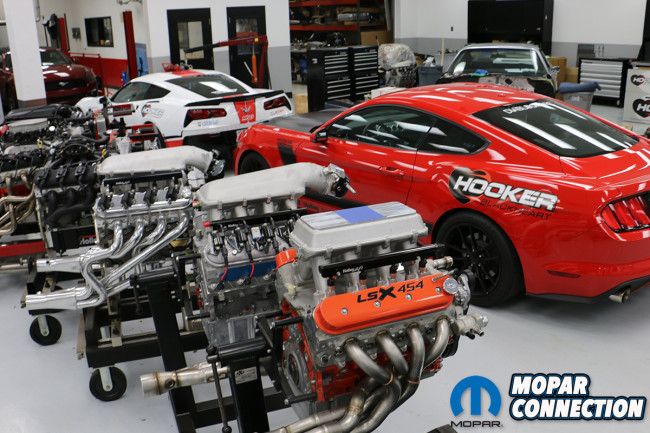 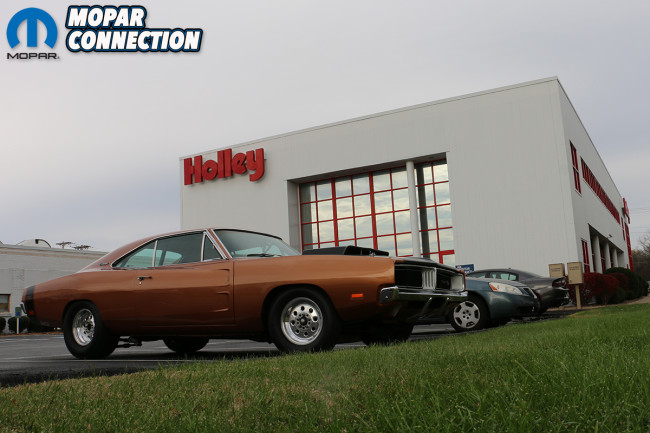 Holley employs over 300 persons — many of whom have worked with the company for 30 or 40 years — which speaks volumes about the company. In addition to a handful of battleship gray WWII-era lathes and machining benches, there are rows of state-of-the-art CNC machines, waterjets, 4- and 5-axis machines, and even 3-D printing stations, all busily whirring throughout the day. Every department is assigned its own station, be it spools of wiring feeding into looms for any number of HPP’s fuel injection systems, coils of hose being wrapped in braided sheathes for Earl’s plumbing products, or a station full of highly polished Demon carburetors midway through assembly.

In a secluded wing, Holley’s Hooker Header assembly area was rife with welding jigs for hundreds of different applications, large bundles of raw, unbent tubing standing next to pneumatic tube benders and tig welders. Behind weatherproof doors was Holley’s vehicle lab. A pair of engine dynos, a chassis dyno, the largest wet-flow bench in the United States, a fuel and electronics lab complete with a Thermotron environmental chamber to test from -40 to 400 degrees Fahrenheit, and a machine shop containing more lathes, milling machines, drill presses, stood a few feet away.

By employing the highest standards in quality control, Holley’s engineering team is able to stay on top of the industry. It was hard not to marvel at the level of advanced technology being developed and tested here, and it made me feel immediately self-conscious of our lowly rough-around-the-edges Charger parked out front. At the end of my tour, Healey followed me out the car where I fished the 440 Six-Pack out of the trunk. Oh yeah, did you know Holley has a Custom Speed Shop that can restore vintage carburetors too? Yeah, that’s what originally brought us to Holey, but it’s easy to get distracted by everything else they’re doing. I know I did. 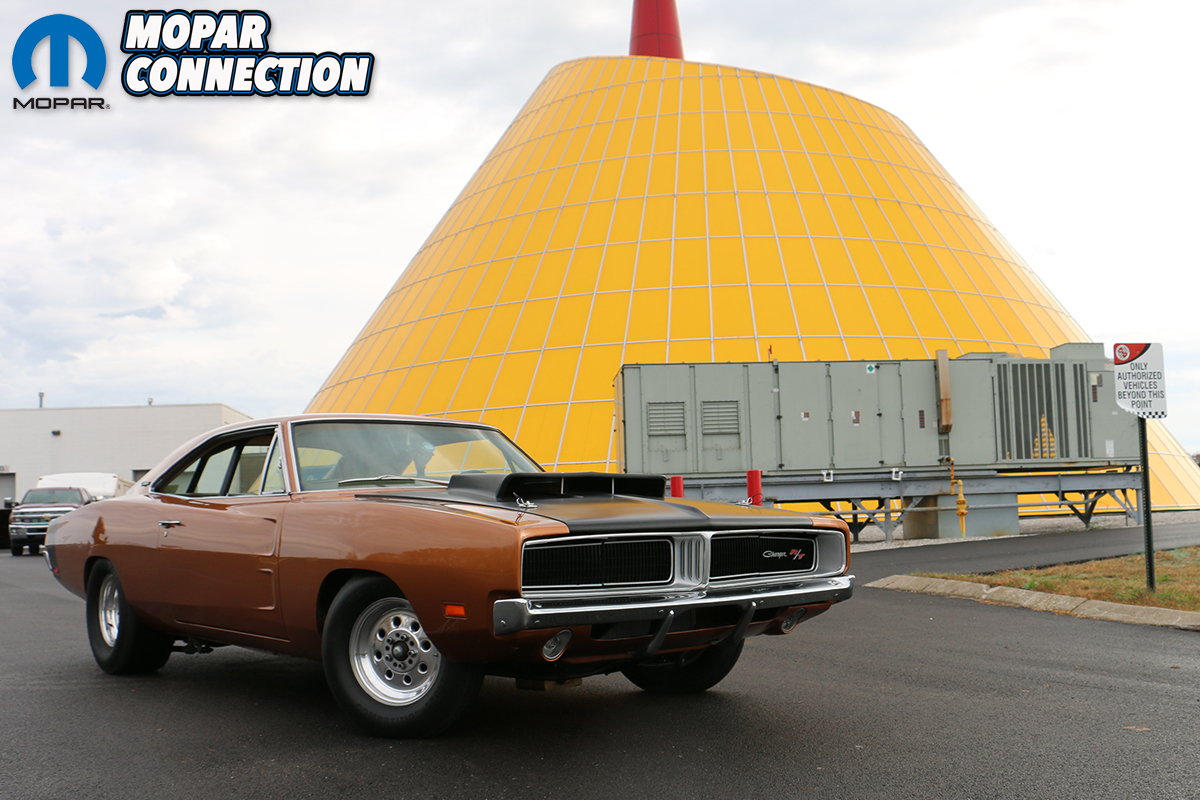 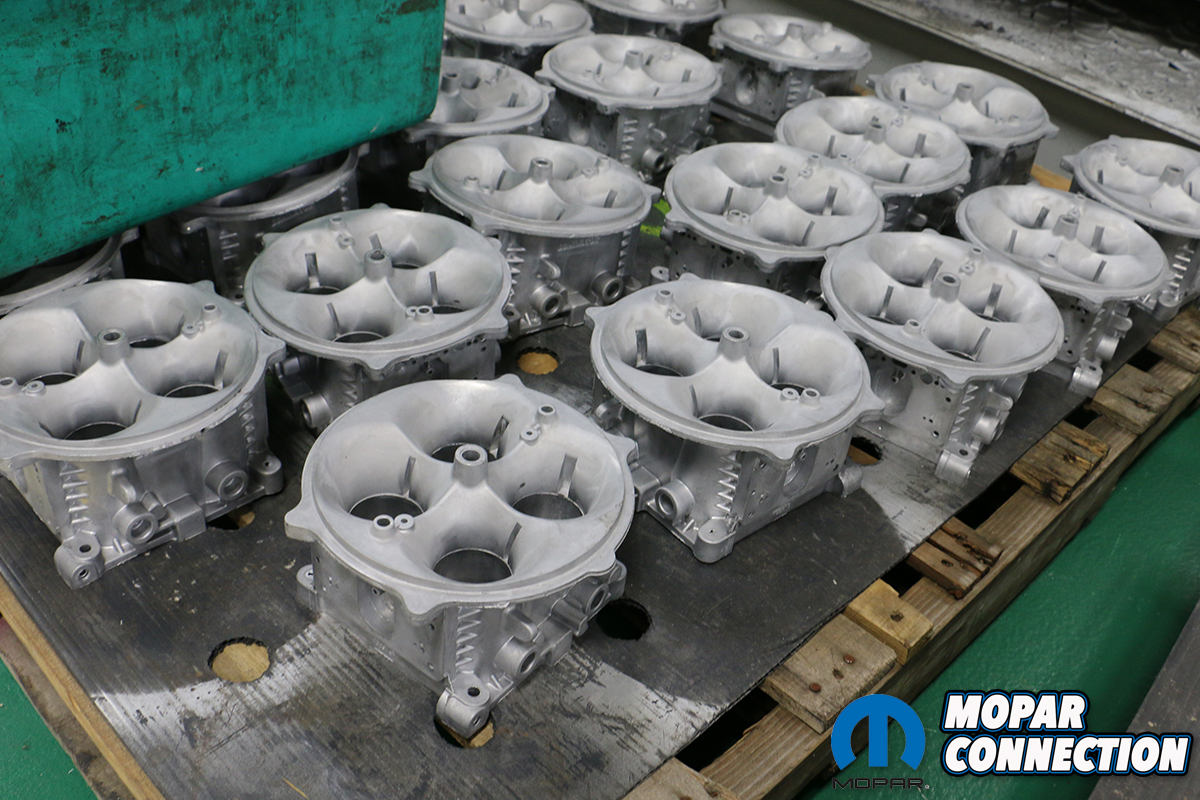 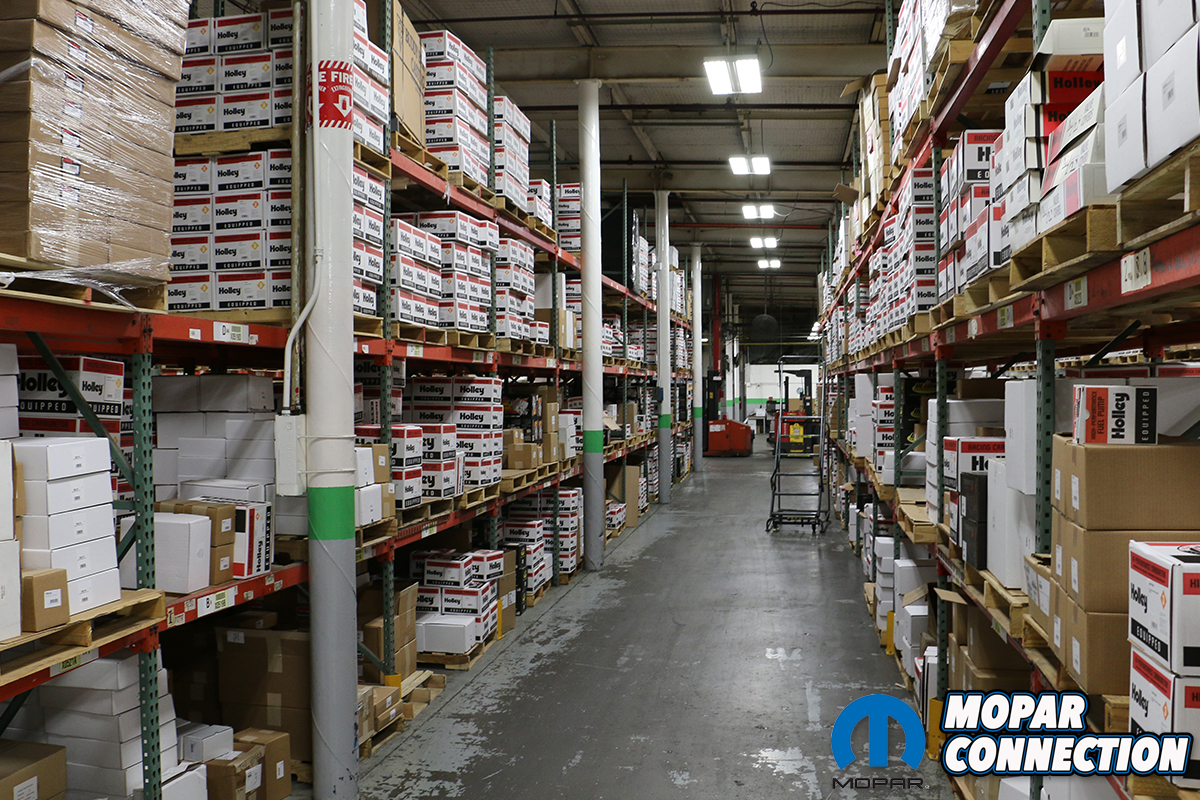 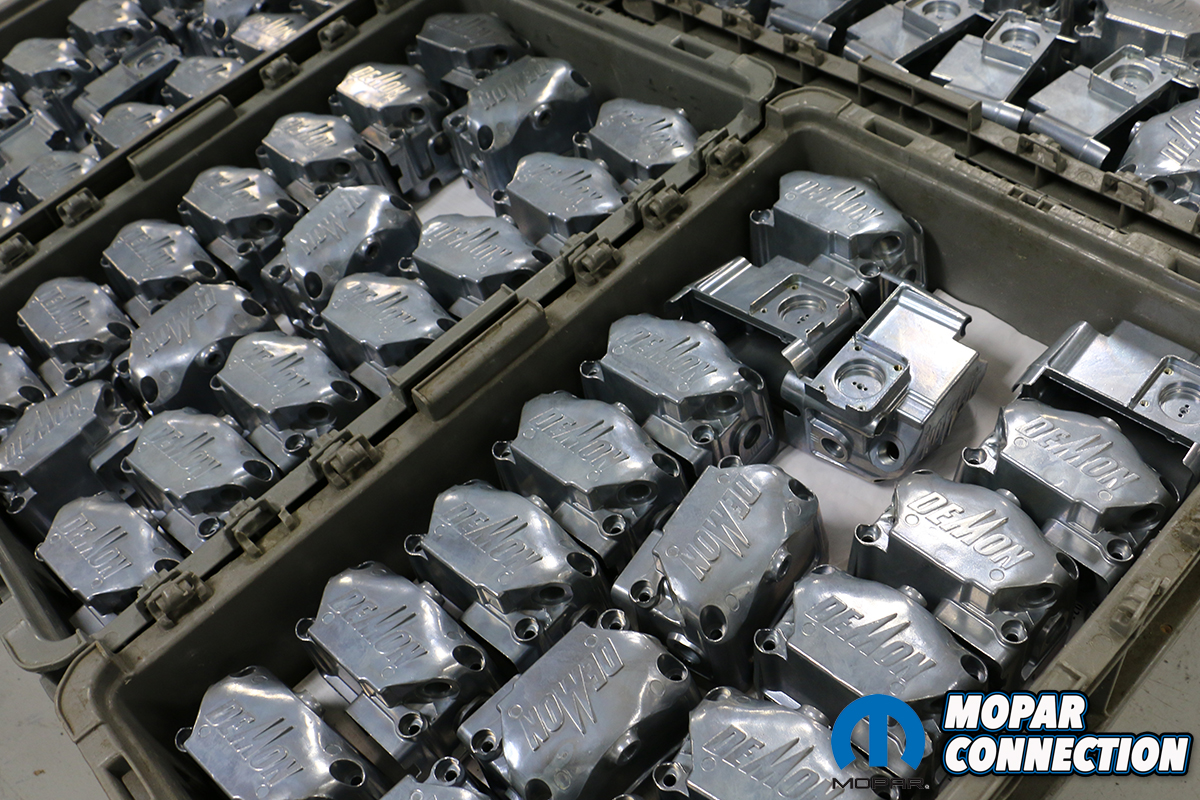 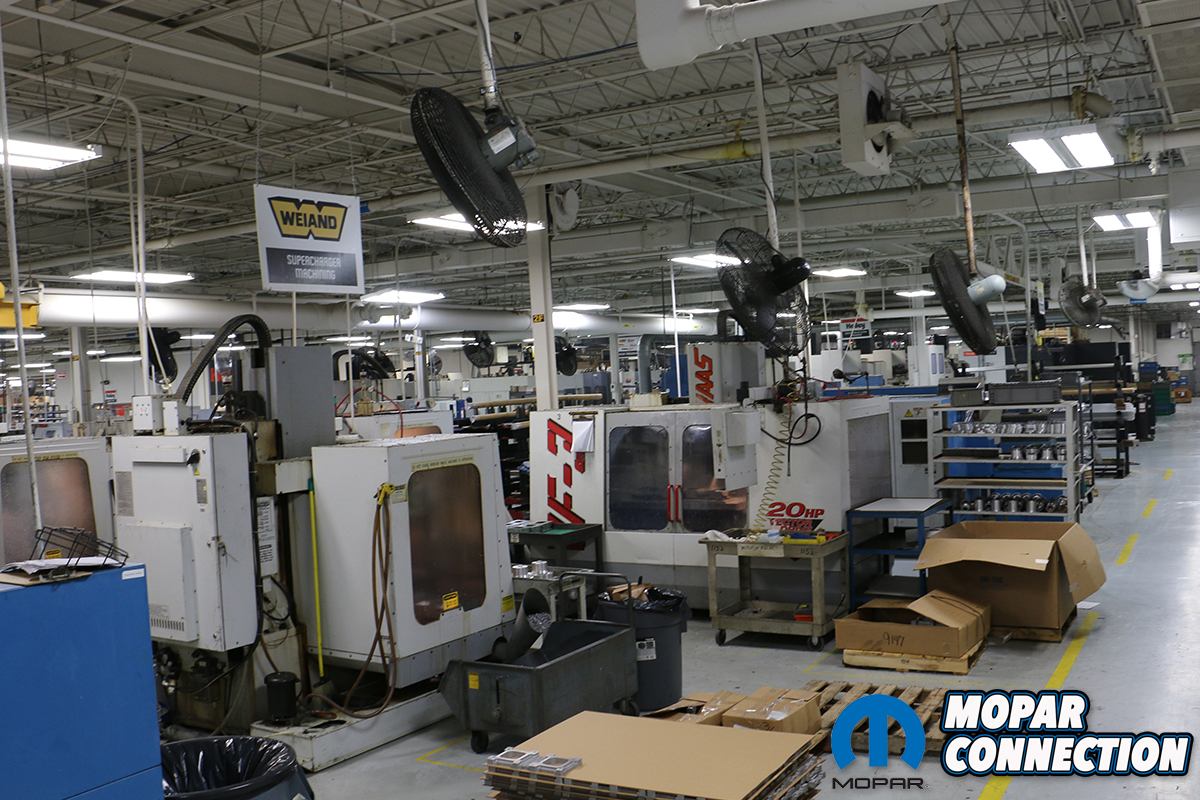 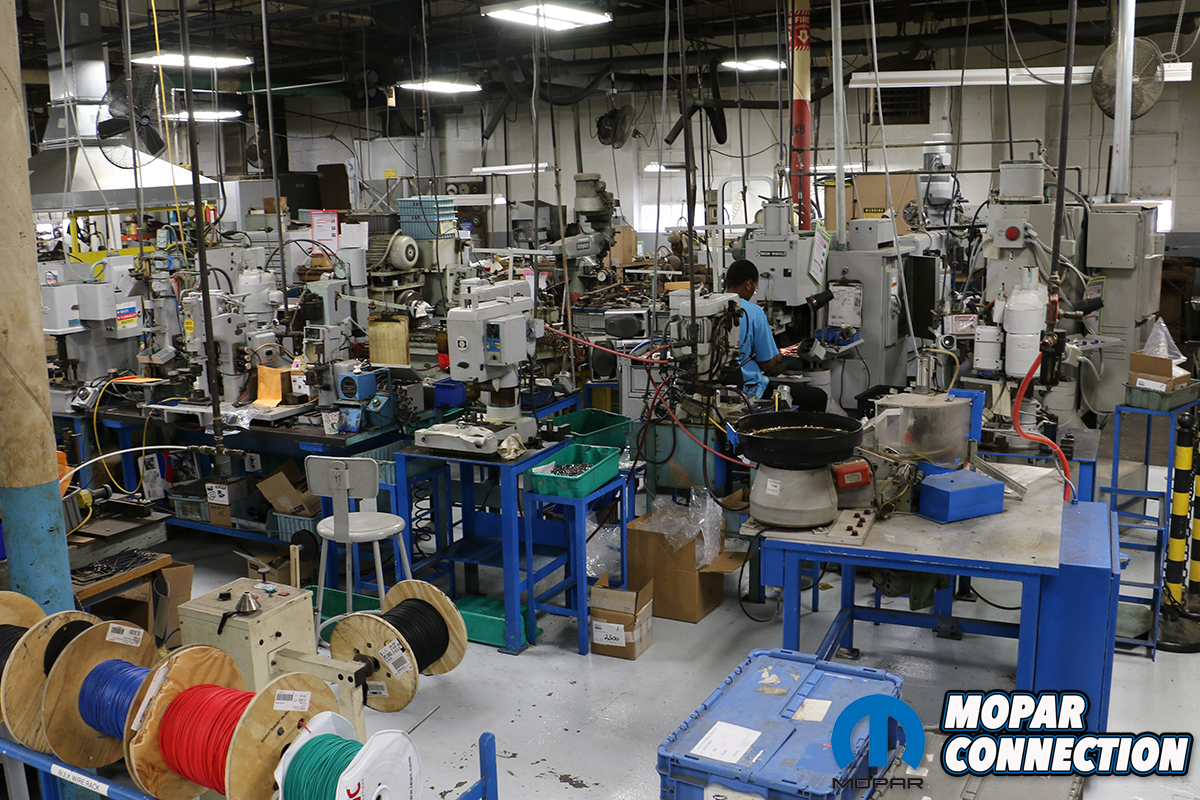 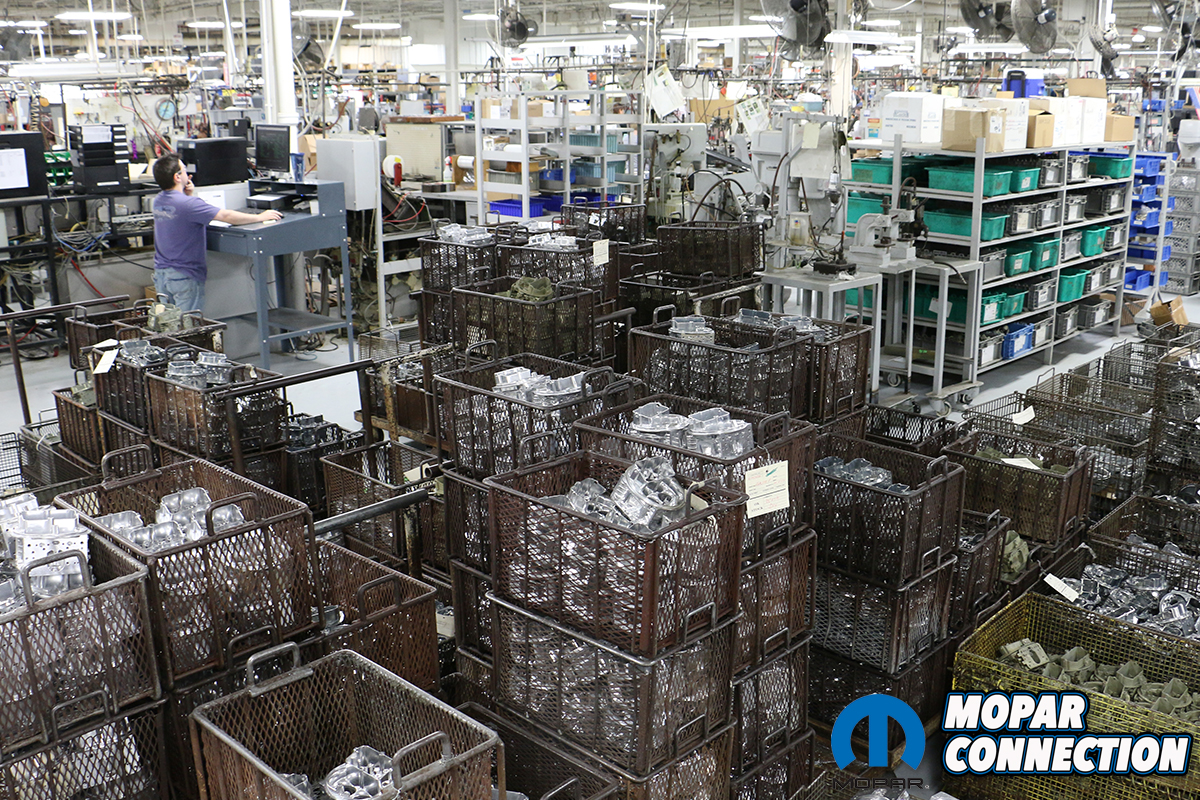 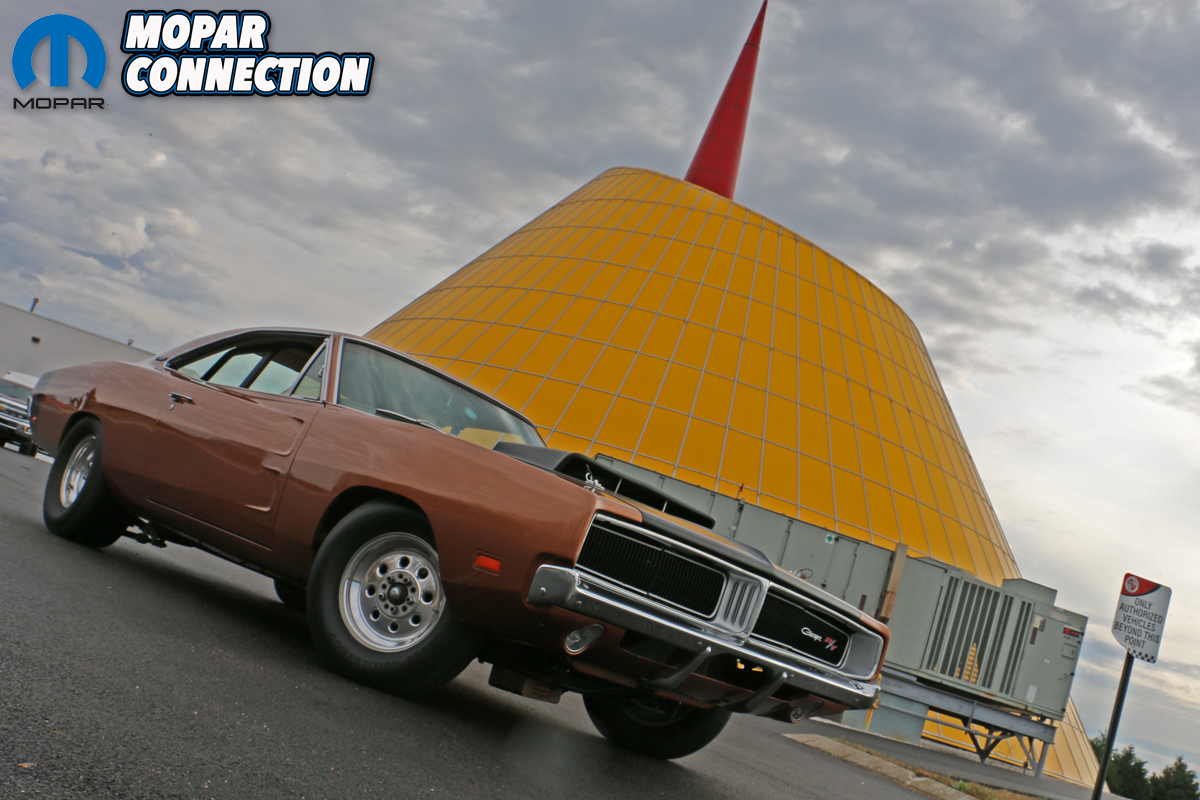 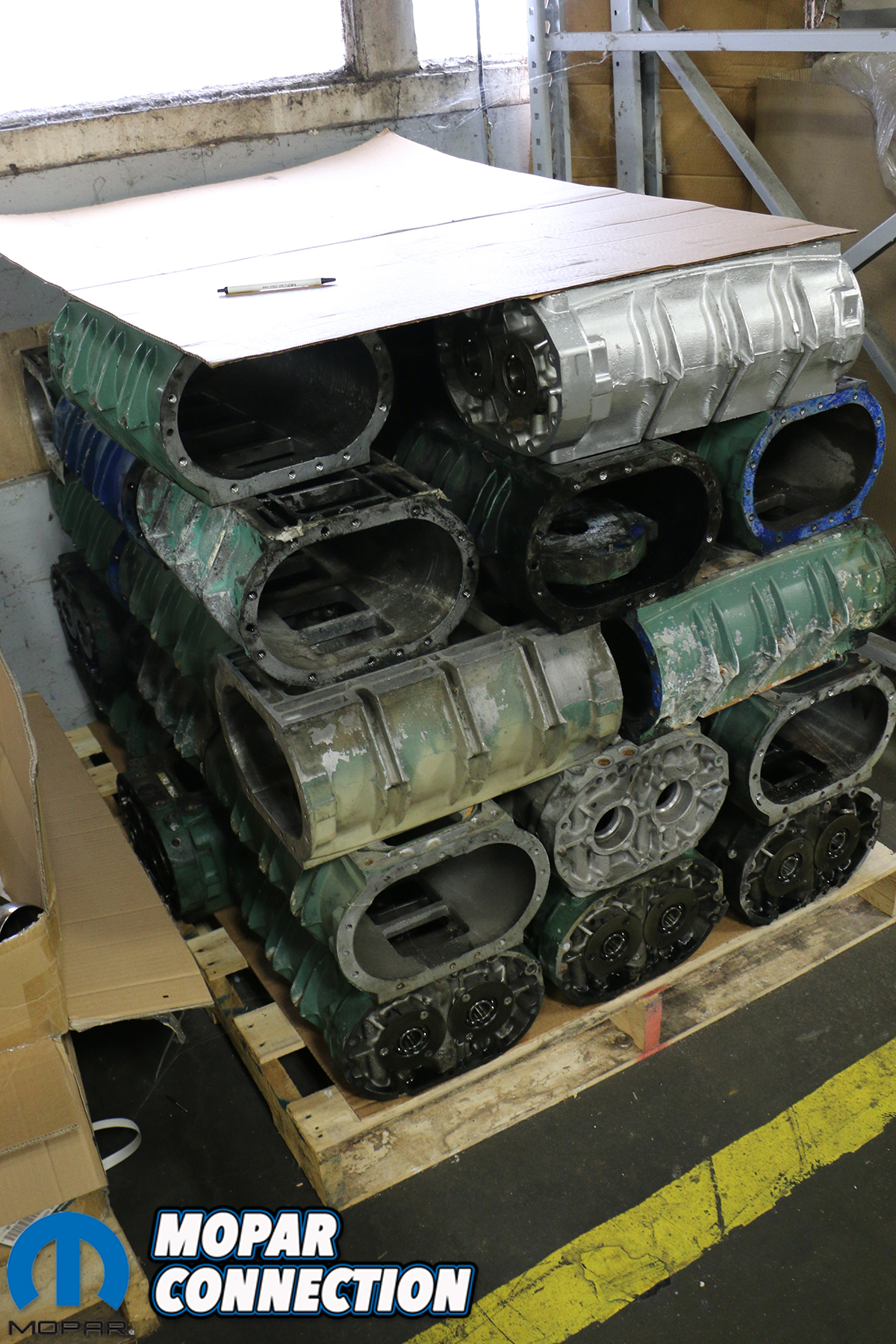 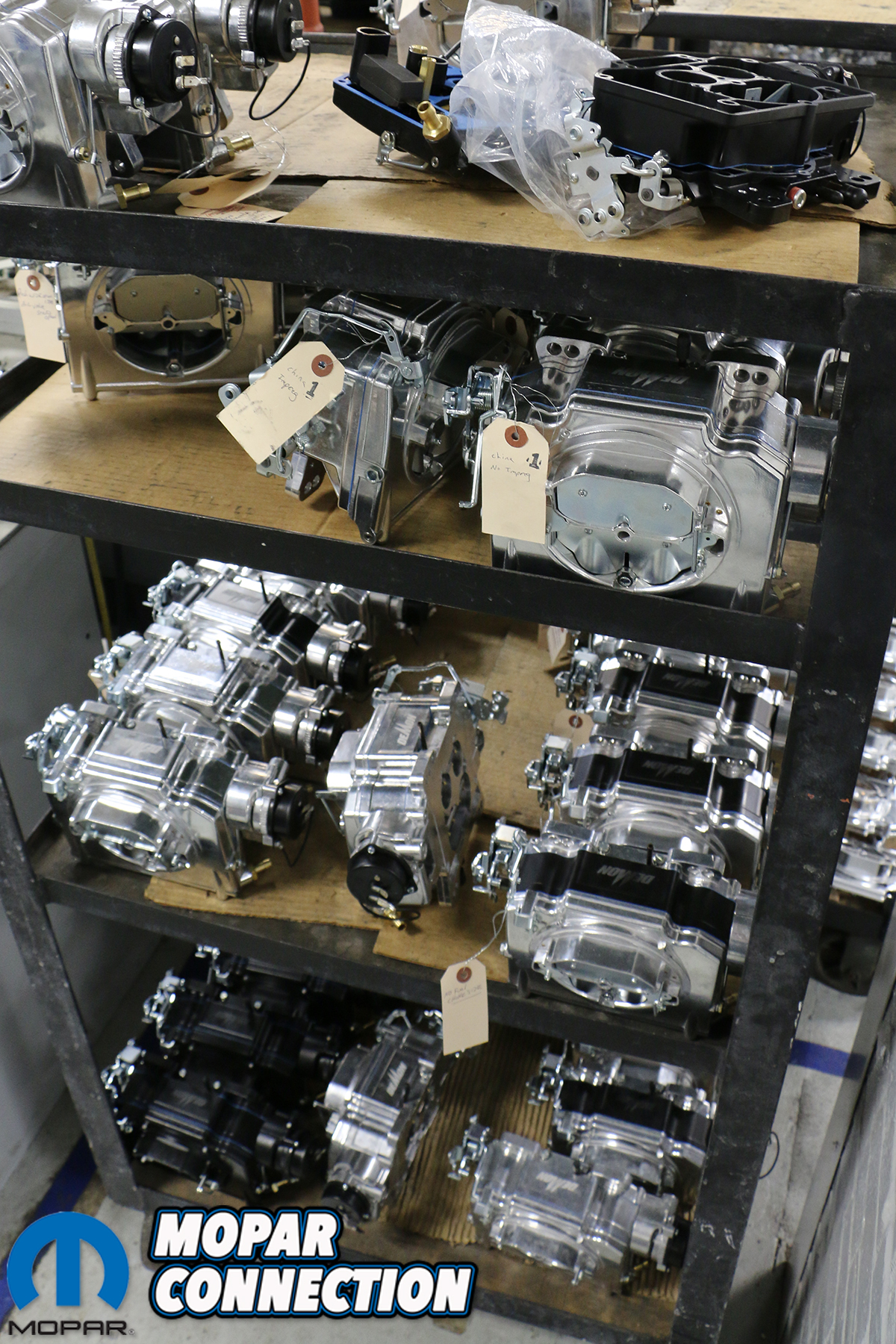 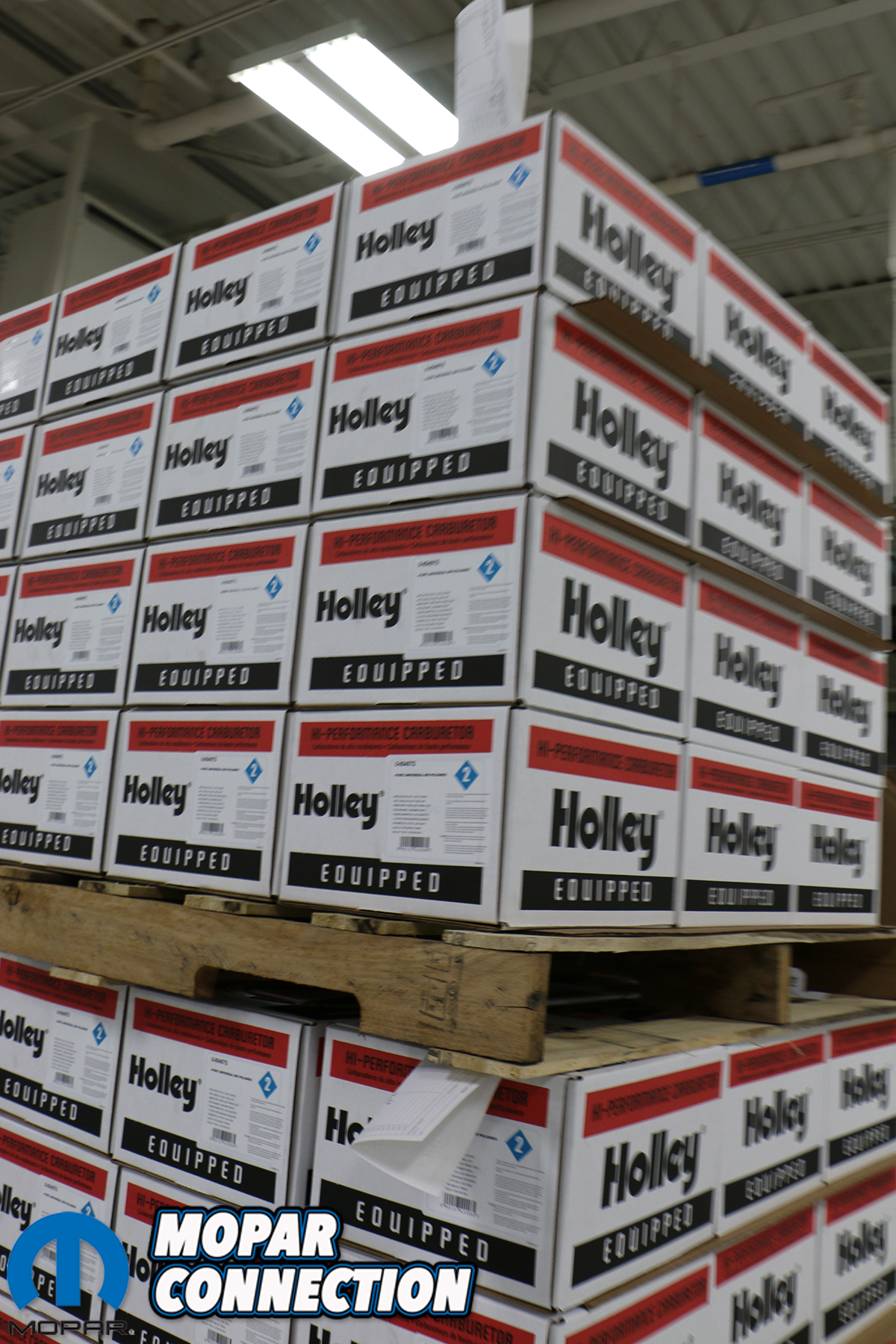 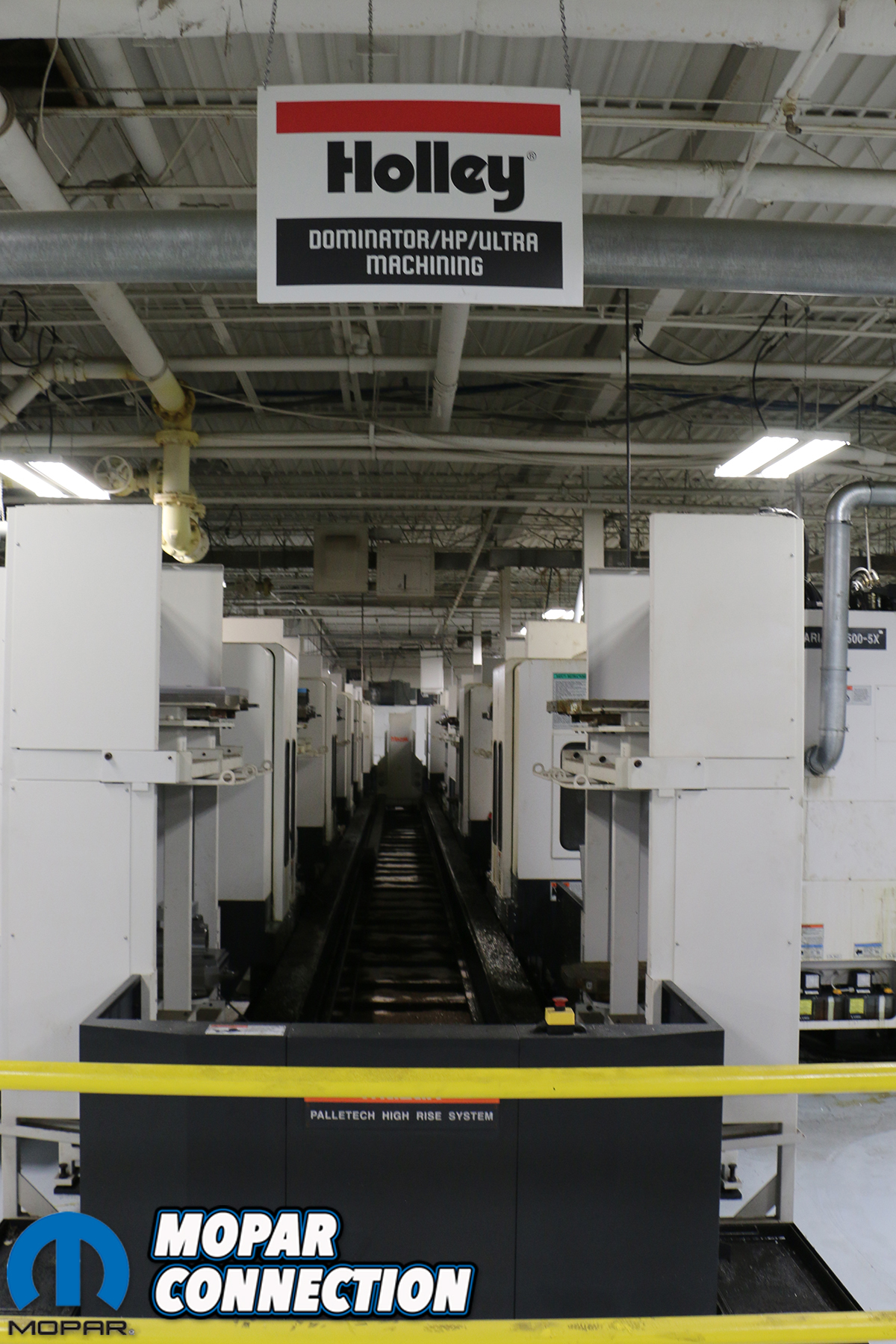 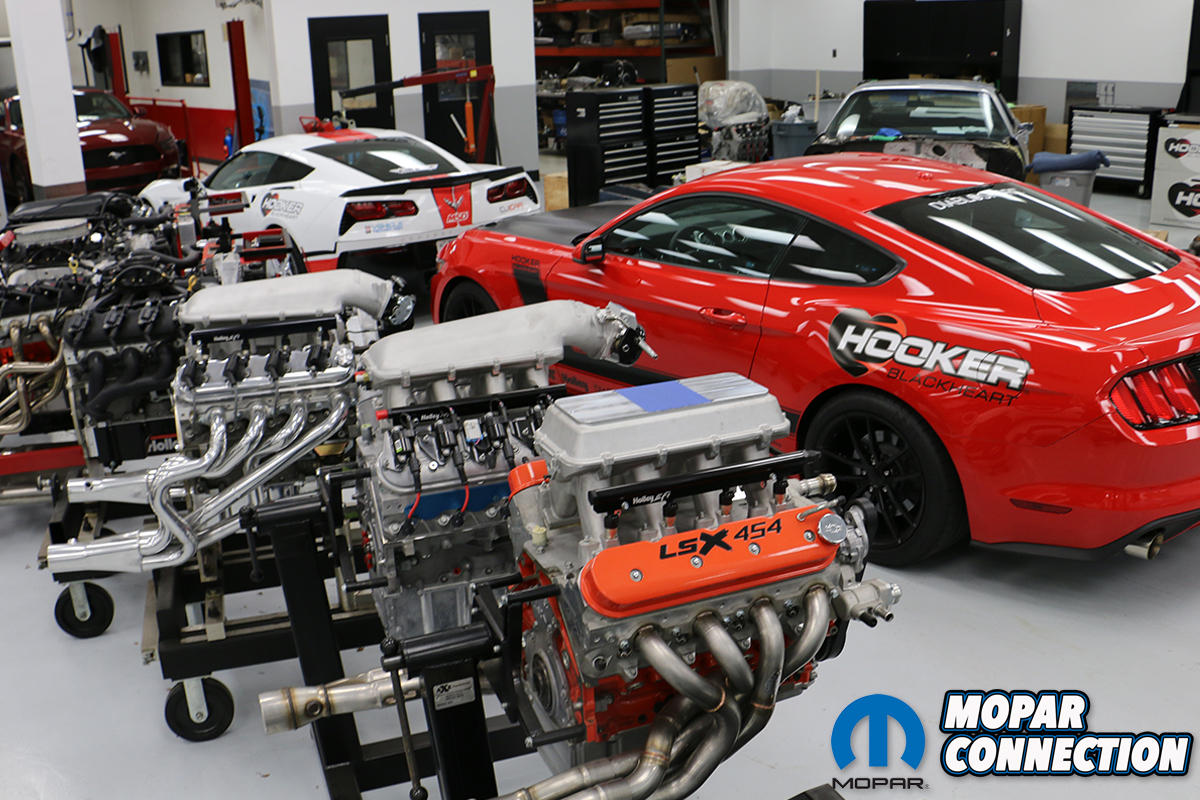 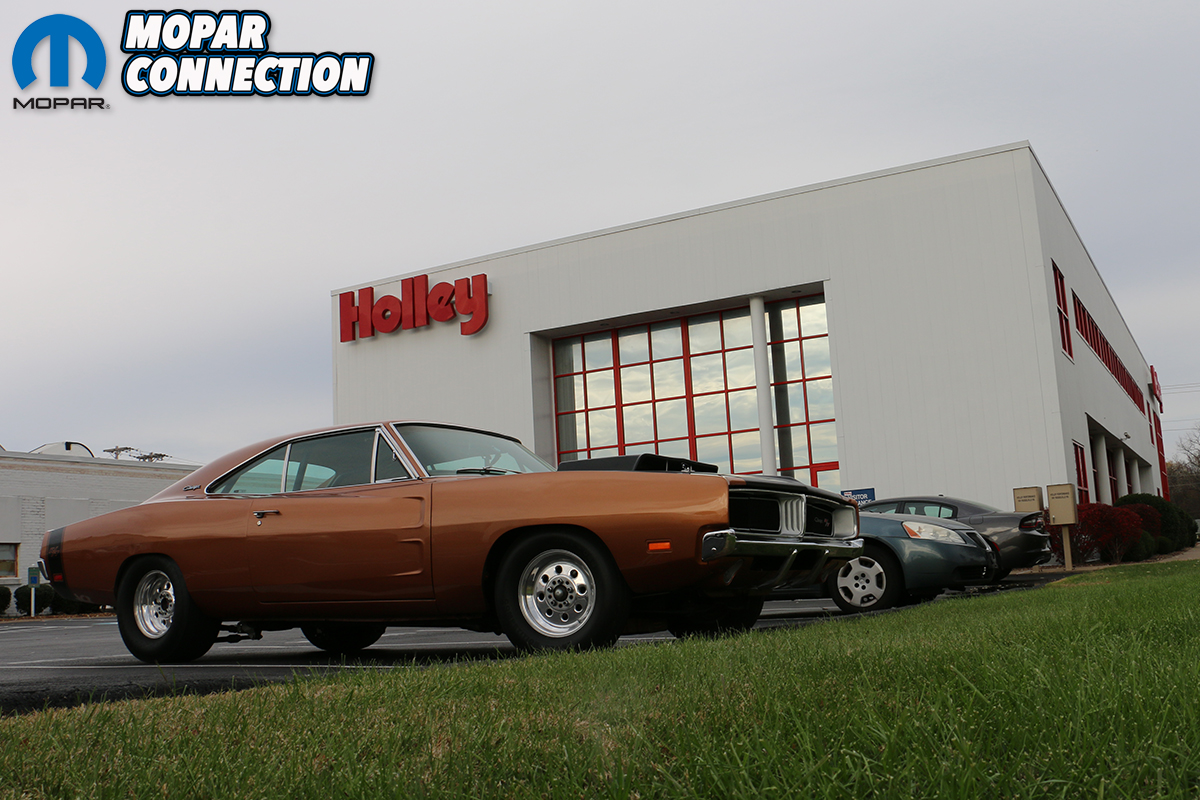