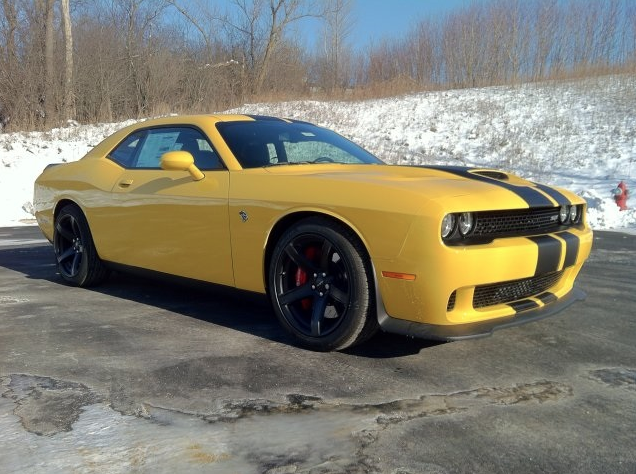 When Russ Darrow Chrysler Dodge Jeep in Madison, Wisconsin opened the morning of December 16th, 2016, they were shocked to see a brand new Detonator Yellow 2017 Dodge Challenger SRT Hellcat was missing from their lot. It turns out it was stolen from their lot at 3501 Lancaster Drive at some point in the night. With a price tag of $72,000 US, the dealership quickly called the Madison Police Department (MPD) to report the 707 horsepower Challenger missing. Madison Police put out a theft alert nationwide with the hopes of recovering the Hellcat quickly and in one piece.

Almost a month later on January 9th, Madison Police received a call with the news that the car had been recovered; in San Francisco, California. When they put the nationwide theft alert out, they didn’t expect to actually find it on the other side of the country. During the twenty-five days the car was missing for, it somehow made the 2,000 mile trek from Madison to San Francisco.

San Francisco Police said they have arrested the driver, 39 year-old Roy I. Anderson however he is known to police to use many aliases and birth dates. He is currently in custody pending investigation. Officials have said there are records indicating the man once lived in Minneapolis and there is an arrest warrant out for him in Missouri. It has not been reported as to the reasoning for him being in California. We here at Mopar Connection tend to think that if you are stealing a car with the purpose of staying low and fleeing from the authorities, a bright yellow Hellcat might not be a wise choice.