If you’ve got Mopar blood flowing in your veins, when somebody mentions the words “silver bullet” instantly, only one car could ever come to mind: the legendary Silver Bullet, that iconic ’67 Plymouth GTX. Terrorizing the streets of Detroit during the heyday of the horsepower wars between the Big Three manufacturers, the Silver Bullet started life as a Chrysler corporate executive vehicle/test racer built and piloted by none other than Tom Hoover, father of the one-and-only 426 Hemi.

Once Chrysler got wind of Tom’s unofficial “street testing” (ie. racing), Mr. Hoover was given a proper reprimand and told to cease and desist those activities; undeterred, he had other plans. The car was sold to a local gas station operator, repainted to the infamous silver color and destined to continue its reign of terror.

Jimmy Anderson, a local street racer known for his no-nonsense attitude and street-racing savvy, operated a local Sunoco station, and was well-connected with the engineers a Chrysler. The GTX was quickly labeled the “Silver Bullet” due to its ferocious starting line launches and rumored having never lost to an opponent while terrorizing the streets of Detroit (including the famous Woodward Drive). 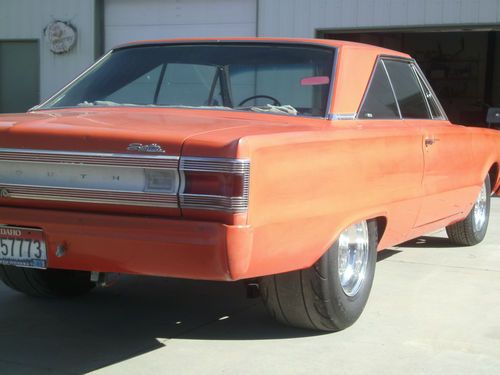 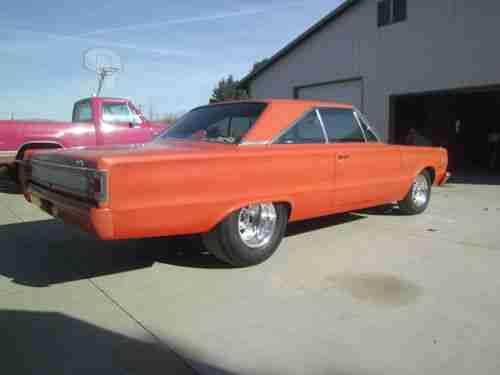 So what would Jimmy Addison do today? That’s what “Project Déjà Vu” (or “Silver Bullet 2.0”) is all about. The brainchild of Mark Simmons of Jacksonville, Florida, and crafted by Jeremy Goodstein, owner of Rod & Custom Machine from Dickinson, Tennessee, the Silver Bullet 2.0 is their way of paying homage, and is what their collective minds think Jimmy Addison would be piloting today if the car had been built through SRT.

Starting out with a very nice ’67 Plymouth Belvedere body, the Silver Bullet 2.0 is being transformed into a rolling showcase for Mopar‘s current SRT technology; lift a Demon-inspired hood to expose an already potent 707-horsepower 6.2 supercharged engine, but no, that wasn’t enough. Certainly, Jimmy would not have had a stock 6.2 under his hood either.

The 6.2-liter Hellcrate will receive upgrades to the cam and rotating assembly to handle much more boost than the original supercharged configuration would ever produce. The engine will be outfitted with twin 70mm turbos boosting through the factory supercharger. Backing up the new Gen III Hemi will be a Rick Allison prepared 727 Torqueflight transmission mated to a Gear Vendors overdrive, followed up in the rear by an Aluma 60 rear axle housing sporting a 4.30 rear gears supplied by Baxtech Fabrication in Palm Coast, Florida.

The GTX will enjoy several creature comforts like power steering, air conditioning, satellite radio all while making quick work of those pesky Mustang Cobras, Corvette Z06’s or any other unsuspecting prey. A quick inspection from bumper-to-bumper will reveal plenty of modern trickery combined with the latest in speed technologies to make this legendary re-creation something to behold. Once completed the car should certainly turn heads as well as incredible track times.