From the classic 1969 Dodge Charger to the modern 2018 Dodge Challenger SRT Demon, Mopar has done a lot over the years and built some incredible vehicles. Without Mopar, we wouldn’t be here sharing our love for these killer cars with you all. Mopar has called party time and every gearhead is invited to celebrate with them because 80 years ago, Mopar was born!

The Mopar brand was born on Aug. 1, 1937, as a contraction of the words “Motor Parts”. First introduced as the name of a line of antifreeze products, the Mopar brand has since transformed to encompass total service, parts and customer care for FCA vehicle owners around the globe. “The Mopar brand holds an unparalleled place in the automotive world, possessing name recognition, scope of service and passionate enthusiasts unmatched by any other service and parts organization in the industry,” Pietro Gorlier, Head of Parts and Service (Mopar), said. “From humble beginnings as a simple name for antifreeze products, now the Mopar brand reaches customers in over 150 markets offering parts, service and innovative care throughout the whole customer journey.” 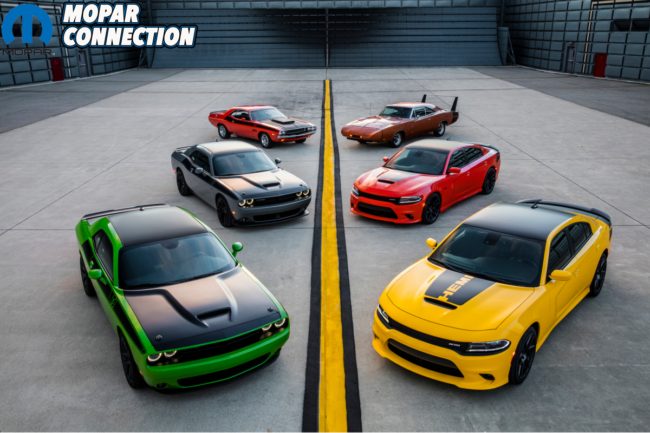 Throughout 2017, the Mopar brand has been marking its 80th year with a large slate of initiatives, including limited-edition anniversary vehicles, 80th anniversary-themed service, parts and customer-care offers, special merchandise, events, celebrations and much more. As a part of Mopar’s 80th birthday, Graveyard Carz’s very own Mark Worman shares what Mopar means to him.