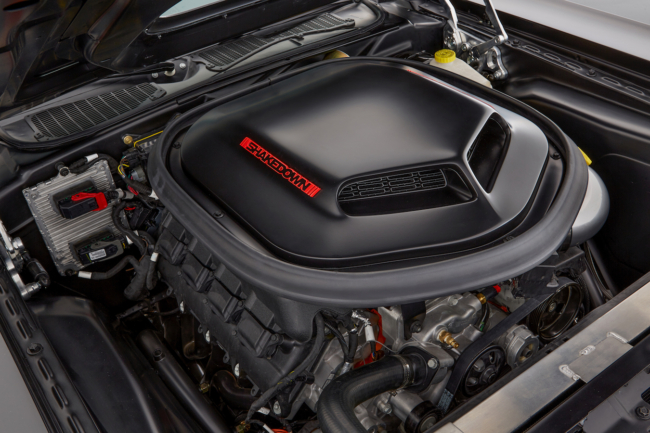 Every year as the SEMA Show approaches social media is littered with product and vehicle build teasers. It is a very exciting time of year for any automotive enthusiast. The past couple of years the Mopar market has seen some incredible builds and awesome product releases. After Mopar’s Facebook post last week, we assume this year will not be any different.

During the SEMA Show last year Mopar release the 392 and 345 Gen III HEMI crate engines and harness kits. We have been waiting for a direct solution from Mopar for swapping a modern Gen III HEMI into older muscle cars and other vehicles. Since the release of the crate motors the Mopar aftermarket has continued to explode even faster with more parts and performance than ever before.

Last week Mopar released a teaser for this year’s SEMA show product reveal. Mopar posted a video to their Facebook from last year’s 392 crate motor start up. The kicker is in the caption they wrote, “Wait until you see what we’ve been working on for this year’s SEMA show.” We have no idea what they have up their sleeve. Maybe a Redeye Hellcrate motor? A stroker 426 motor? Maybe new forged short blocks? The possibilities are endless and will have to wait another week to see what Mopar unveils.

Remember when we fired up the 392 Crate Engine? Wait until you see what we’ve been working on for this year's SEMA show.