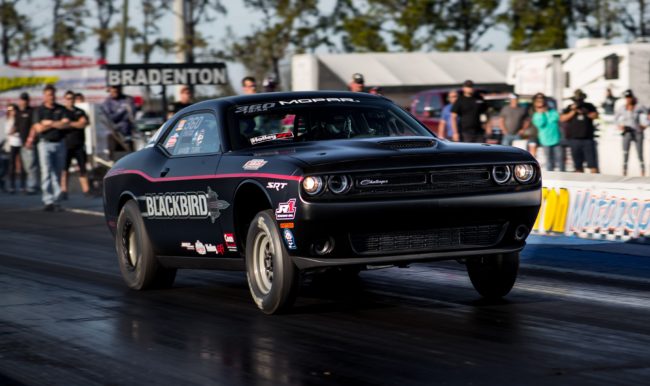 As we announced in early March, Holley was upping the bounty in the NMCA’s popular Factory Super Car category that showcases the big three’s entries into factory style drag racing; the Dodge Challenger Drag Pak, the Chevrolet COPO Camaro and the Ford Cobra Jet Mustang; all competing in heads-up racing on nine-inch tires at NMCA events all around the country.

Holley announced that the first racer to crack the seven-second barrier would receive $5,000 from Holley EFI, and the next four would be awarded $1,000 Holley product certificates. If the first racer that broke into the seven-second zone was also running a Holley EFI system, they would pocket another $5,000 bonus! On top of the potential $10,000 payday for the barrier breaker and the $1,000 product certificates for the next four through the seven-second door, all of those five drivers would also receive Holley EFI 7 Second Club jackets to commemorate their achievement. 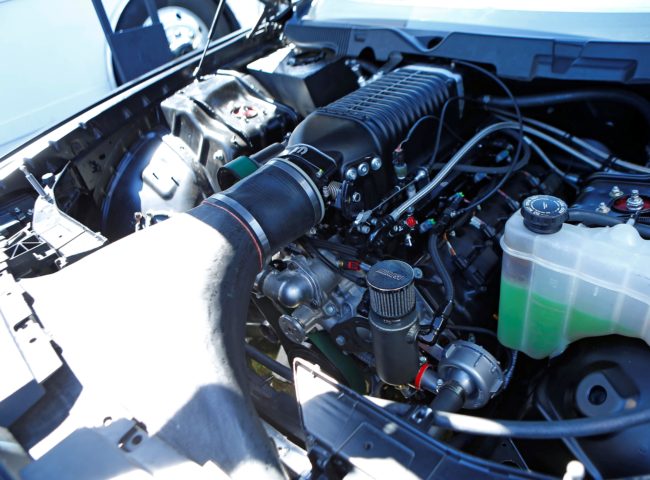 At the first NMCA event of the season, Muscle Car Mayhem in Bradenton, Florida, Geoff Turk and his Blackbird 2015 Dodge Challenger Drag Pak broke into the seven-second bracket with a 7.996-second run in the first qualifying season of the event. This means he is the first member of the prestigious Holley EFI 7-Second Club for NMCA Factory Super Cars. Being as he was the first to break into the seven-second bracket and had a Holley EFI system under the hood, he took home both $5,000 prizes for a total of $10,000!

“I knew the car had a 7 in it and I could tell it was a good run because it was so smooth. A year ago, no one would’ve thought I’d be the one to do this, and if it wasn’t for Holley EFI, I wouldn’t be. There’s no way I would have run in the 7s without it. The smartest decision I made was to run Holley EFI, and I really mean that. It can just do so many things and gives you so much control over everything,” says Geoff.

With Geoff taking the first spot, that means four more spots are available in the Holley EFI 7 Second Club. The next four drivers to break into the 7-second zone during qualifying or eliminations for an NMCA race will receive a $1,000 Holley product certificate and a special jacket to commemorate their achievement.