Crate engines have been around for several decades, and plenty of manufacturers offer various crate engine designs. However, very few will take the time to blueprint the engine, meticulously assemble it, and then run it on an engine dyno to prove (with printed documentation) its potential. Indy Cylinder Heads does all three on every crate engine they sell.

What is a crate engine, and how did it get its name? It is an engine sold separately from a vehicle. At one time, the engines were shipped to a dealership, an independent auto facility, or a home address in a wooden crate rather than in a plastic container, which is the standard today. Crate engines have become a viable source for ready-to-go engines. A crate engine is designed to replace an expired engine due to non-repairable damage or satisfy an owner’s desire to upgrade the performance of a project vehicle.

A crate engine can be assembled with all new parts; however, others may be made with new and reconditioned components. The parts used are the manufacturer’s decision, and the engine price will reflect the quality of the pieces selected. Regardless, the crate engine is designed to improve a combination of power, efficiency, and drivability depending upon the engine chosen. Above Left: Indy Cylinder Heads has a great small-block engine based on a Magnum block. It pumps out a mild 380 horsepower. Above Right: Indy has a 725 horsepower 440 CID small block on the other end of the horsepower spectrum.

The benefits of selecting a crate engine are plenty. First, an Indy Cylinder Heads customer gets a dyno-tested and proven engine. The crate engine is complete (or nearly complete) and ready to install; this is a convenient solution for a project vehicle. Finally, an auto racing class may require a specific “spec motor” satisfied by a crate engine.

Engine components may be challenging to acquire with the current supply chain concerns, especially with custom pieces. Conversely, the parts required to build a crate engine are usually in stock at Indy Cylinder Heads or its suppliers. Because the parts are in stock, the engine can be assembled, tested, and shipped in a timely fashion, which dramatically reduces a vehicle’s downtime. 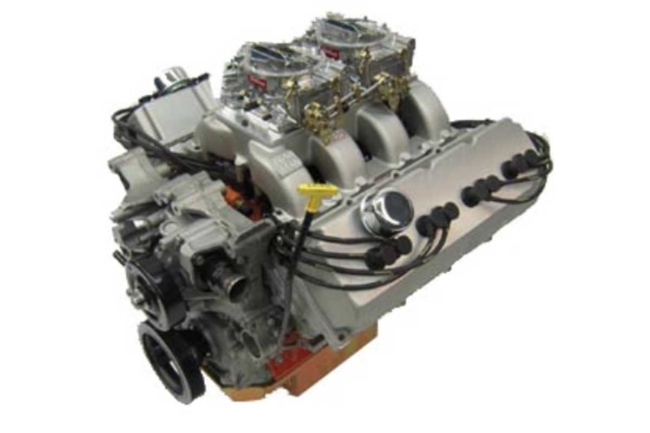 Above: A Gen III 6.1-liter Hemi short block is the foundation for this 5.7-liter Hemi-headed engine. The nearly stock engine pumps out an easy 400 horsepower while producing 375 lb-ft of torque.

Additional benefits of purchasing an assembled crate engine include a reduced need for specialized (and often expensive) tools. Instead, basic hand tools will usually suffice for installing the engine. Moreover, the engine will arrive in a decent state of tune after having been dyno tested. Because of these advantages, purchasing a crate engine is a wise investment for many engine swappers. 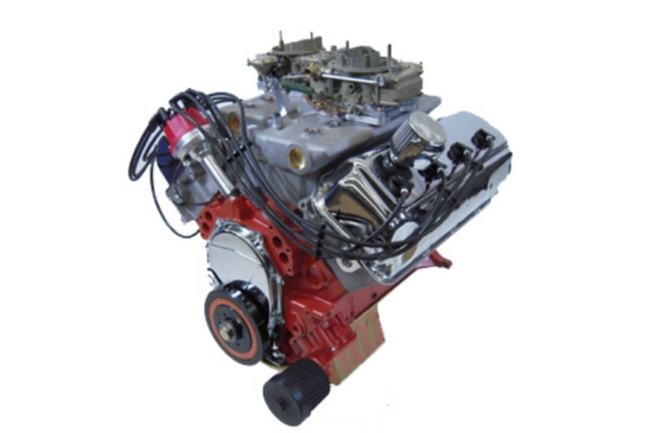 Above: The legendary 426 Hemi received special touches from Indy Cylinder Heads. The Hemi puts down 500 lb-ft of torque and 515 horsepower. Best of all, the Hemi can be purchased with a pair of beautiful chrome valve covers.

While Indy Cylinder Heads has more crate engines than can be adequately covered in this editorial, Mopar Connection Magazine will highlight a few. The smallest cubic inch engine is a 380 horsepower (hp) 360. The engine comes with a 4.020 bore (0.020-inch overbore) Magnum block, a 3.58 stroke, quality Eagle SIR rods, 9.5:1 hypereutectic pistons, and a 5-quart oil pan. Above Left: Indy offers a 500 CID big-block wedge based upon the 400 engine block. It comes with Eagle and Diamond internals and Indy 440 EZ-1 aluminum heads. The results are 540 lb-ft of torque and 550 horsepower. Above Right: The Super Street Wedge comes in at 572 CID. The engine block is a Mopar/Callies iron piece. The big wedge pumps out 750 horsepower and 700 lb-ft of torque.

The small-block crate engine sizes increase from 360 to 408, 415, 426, and 440 cubic inch displacements (CID). The blocks are based upon Magnum or LA engines. As the engine displacements increase, the engines go from mild to wild. Cast iron heads are replaced with aluminum heads, and low compression pistons are swapped for higher compression slugs ranging from 10.5:1 to 14:1.

Moving to the R/RB engines, Indy uses a 400 or a 440 block (both stroked to 500 CID) for two of three of its big block crate engines. The 572 engine uses a Mopar/Callies cast-iron block. All the crate engines use aluminum heads and have pump gas-friendly compression ratios. The engines’ horsepower numbers range from 550 to 750 hp. Above: Indy Cylinder Heads offers several different Gen III Hemi performance levels. With so many aftermarket components to assist with installing these Hemis into vintage Mopars, a quality Indy Hemi will improve the performance, efficiency, and drivability of any project car.

Gen II Hemi engines always impress when the hood is opened. The colossal cylinder heads and valve covers look intimidating. Indy Cylinder Heads has the classic-look 426 Hemi based upon a Mopar/Callies block. The engine efficiently pumps out 515 hp. Moving up the cubic inch ladder, Indy has a 451 and a 572 CID Hemi. The engines come with Indy SR Aluminum heads, and the compression ratios for all three engines stay in the 10ish:1 range.

Lastly, Gen III Hemis are the hottest thing going, and Indy Cylinder Heads has three outstanding options. The first engine is a 6.1-liter Hemi with 5.7-liter heads. The engine pumps out an easy 400 hp. Two more serious Hemis based upon the 6.1-liter engine displace 426 and 433 cubes. The engines have 600 and 630 hp, respectively. Whether a small block, big block, or Hemi will meet your project’s needs, check out Indy Cylinder Heads online or take the time to contact its talented and helpful technical support. The tech reps will provide all the crate engine information, additional options, and pricing, and because it is a crate engine, the engine components should be in stock, which will help get your project on the road in no time.