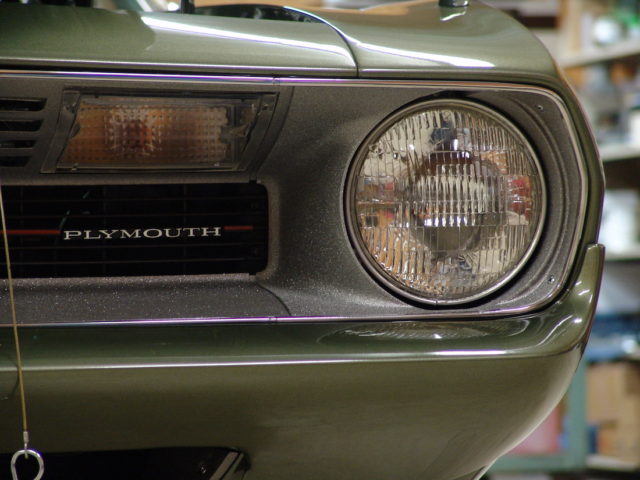 Another rare and unique Mopar has been unfortunately stolen and we ask that you please keep your eyes open for it. The car is a very rare 1970 Plymouth Hemi ‘Cuda that features a unique Mod Top. The ‘Cuda is green with a green interior and has two fender tags worth of options including a Shaker hood, road lamps, hood pins and the previously mentioned “V1P” Mod Top floral top option.

According to the builder, the 1970 ‘Cuda Mod Top Hemi, is “Numbers matching 1 of 1. This was the only ‘Cuda built in 1970 that was a Hemi with automatic transmission, F8 Green paint and a Mod Top. This car was highly optioned. Extensive restoration of body and paint took approximately 14 months to complete. The body was painted like factory with orange peel finish. This car has not been buffed. All body panels were installed and aligned prior to paint except the front bumper and the front and rear lower valances as the factory did. Primer and paint were matched to factory colors. This car was primed, painted and undercoated – overspray included – as the factory.”

Valued at a whopping $1.4 million dollars, this Mod Top ‘Cuda was reported to belong to Steven Juliano. It was stolen from his Pelham Manor, New York area garage shortly after midnight last Tuesday according to police reports. 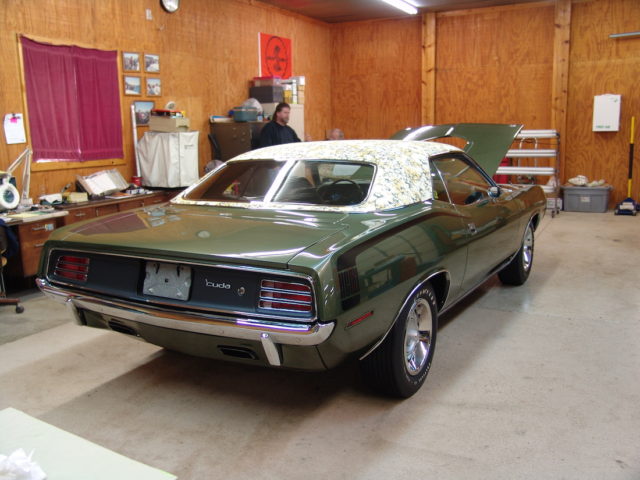 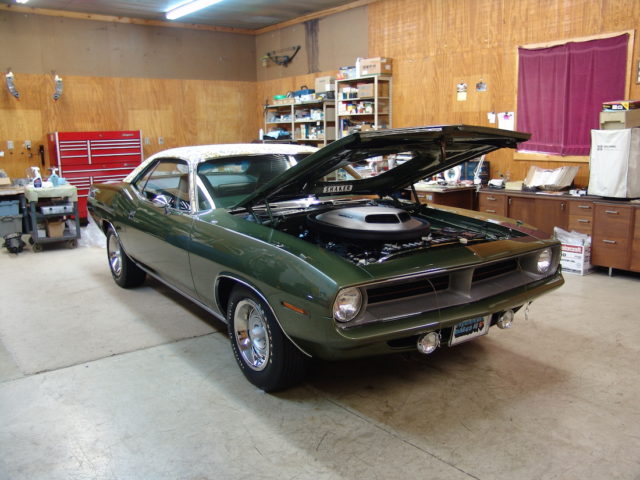 Steven had just loaded three other vintage vehicles into a trailer bound for Los Angeles, California, and was about to return home to prepare the Plymouth for transport when he got a call from his home security company alerting him of a break in, according to a source familiar with the investigation.

State Troopers tipped off Pelham Manor investigators that the ‘Cuda may be in or heading towards Queens, according to the source however NYPD and State Police officials were unable to confirm that detail. For tons more pictures of the ‘Cuda, please check out the link HERE. 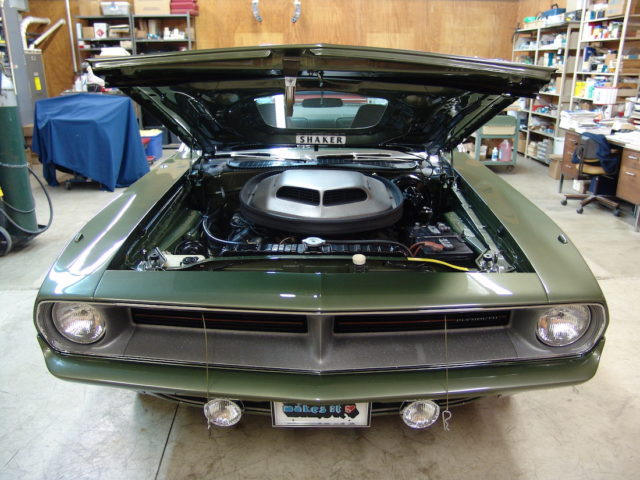 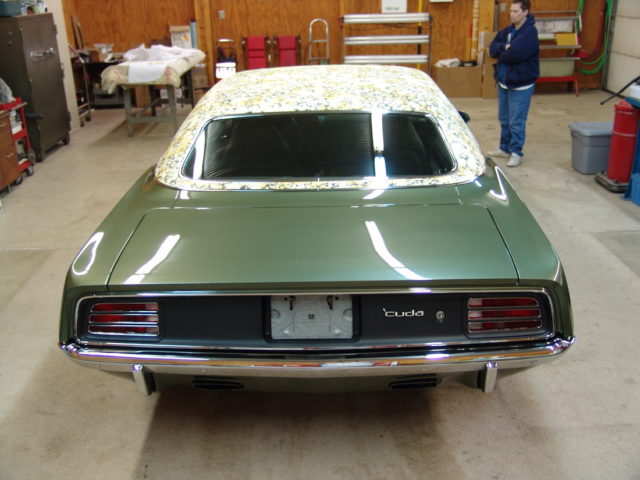