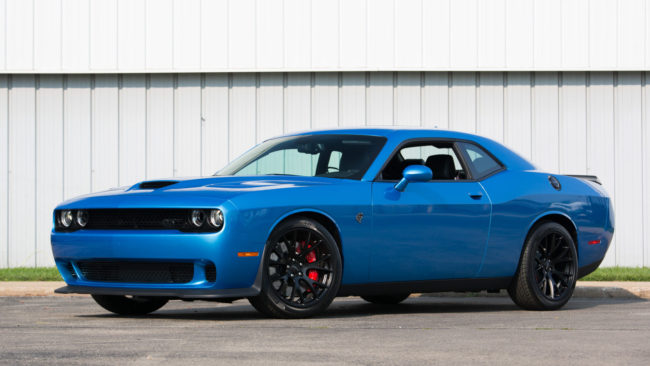 In a tragic and bizarre turn of events, two men in their ‘70s have lost their lives after crashing a 2016 Dodge Challenger SRT Hellcat off an airport runway in Colorado. “They were just test driving this car,” Chaffee County Sheriff John Spezze told the Denver Post. “They went a little too fast. I don’t want to surmise…..They probably got to the end of the runway and, at that speed, didn’t realize they were there so fast. And they lost control. It was just too high of a speed and they got to the end of the runway.” He continues to say, “I’ve never seen anything like it. They had permission to be there. There were no laws broken.”

On Friday, September 8th, Lynd Fitzgerald, 71, of Colorado Springs, Colorado and Roger Lichtenberger, 76, of San Marcos, California were using the 8,300-foot long runway at Central Colorado Regional Airport to test a B5 Blue 2016 Challenger Hellcat. With Mr. Fitzgerald behind the wheel of the Hellcat, the pair set off for a high speed run down the runway. That’s when things went wrong. It appears the two men quickly reached the end of the runway and couldn’t stop in time. As a result, the Challenger sailed off the end of the pavement doing more than 100 mph. 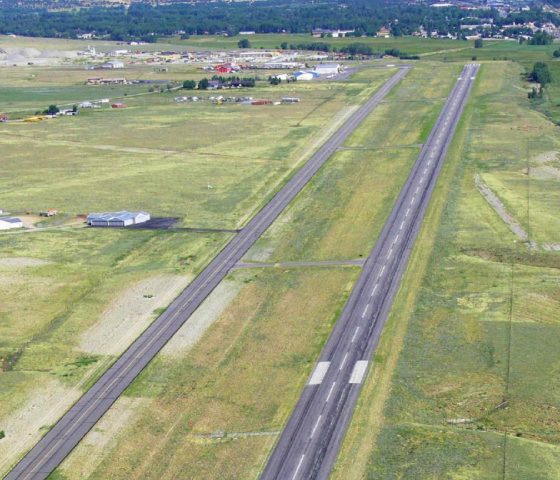 Once the car left the pavement, it continued for another 315 feet before becoming airborne over a ravine. After slamming down onto the ground, the Challenger became airborne a second time, flipping end over end over a second ravine before crashing down onto its wheels. With reports of the crash coming into 911 dispatchers, Chaffee County Sheriff’s deputies, Buena Vista police and Colorado State Patrol troopers raced to the scene. When they arrived, they found the destroyed Hellcat sitting 650 feet past the south end of the runway! First aid efforts were given to the two men but both were pronounced dead at the scene.

Chaffee County deputies have been investigating the crash with help from the state patrol. Sheriff Speeze said investigators found skid marks near the end of the runway but did not share any type of skid mark length or details regarding it. No further details have been released.