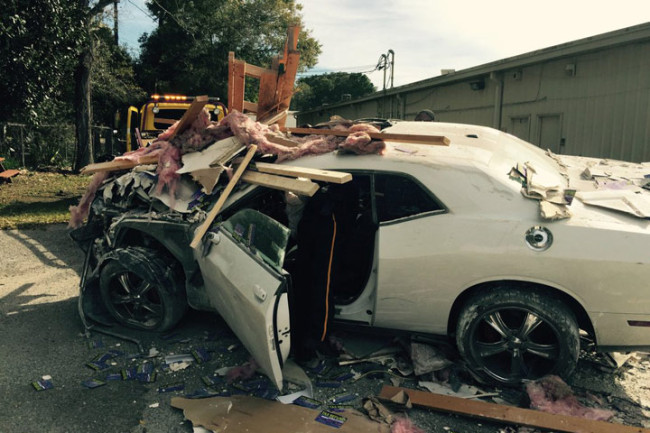 On December 20th, 2015, a driver in Pensacola, Florida smashed his white Dodge Challenger into two local businesses; Advanced Tax Services and Pensacola Caskets. The Challenger crashed through the front of the building before breaking through walls and eventually coming to a stop beyond the double doors of the building’s rear entrance.

In an interview with local news stations, general manager Emanuel Mores said the offices “looked like a bomb went off,” with building debris, computers, and chairs strewn everywhere from the crash. 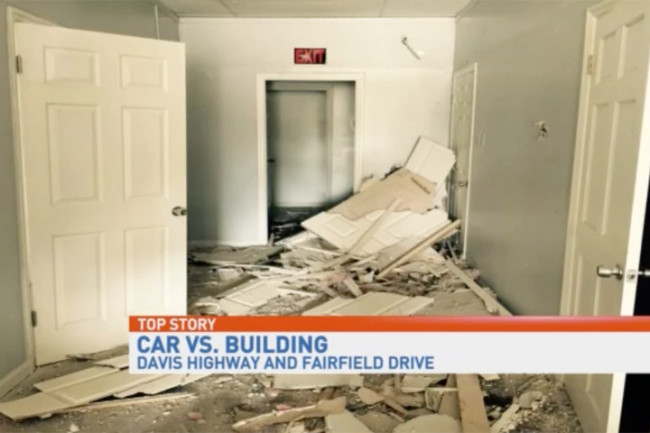 When the authorities investigated the cause of the crash, they were shocked by the response from the driver. According to the driver of the Challenger, he crashed through the businesses while attempting to “time travel.” Yes, you read that right. Who needs a DeLorean when you have a Challenger! I guess he wasn’t able to reach the required 88 mph before impact.

Thankfully, the businesses were unoccupied at the time so there were no injuries. The driver was said to have been uninjured in the accident and along with being fined for reckless driving, has been admitted to the hospital for psychological evaluation. It has been confirmed the driver’s name was not Marty McFly or Dr. Emmett Brown! Due to the severity of the impact and heavy damage to the building, both offices were closed indefinitely and have relocated nearby to continue business.