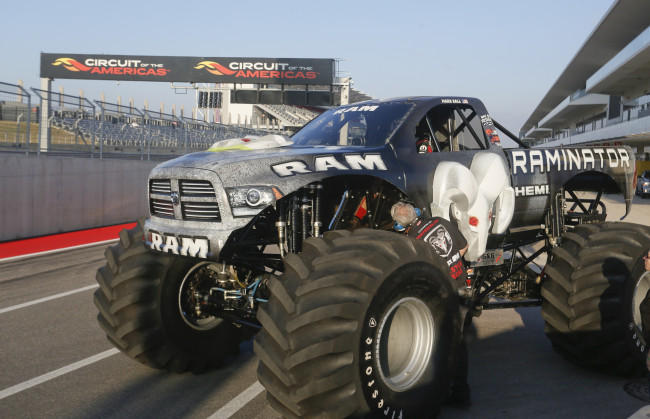 Dodge is all about shattering speed records for vehicles that you wouldn’t normally expect to be so quick. Remember when NASCAR driver Brendan Gaughan set both the Guinness World and Sports Car Club of America’s records in the SRT10 Ram in 2004 at 154-plus mph? Or just recently, when the SRT Hellcat Charger tipped the average of 204mph? Yeah, that was pretty crazy. Well, you might not have known, but late last year the Raminator, a monster truck sponsored by the Ram Truck brand, broke the Guinness World Records record for the “Fastest Speed for a Monster Truck” at Circuit of The Americas in Austin, Texas.

The giant, car-crushing Ram hit a record speed of 99.10 miles per hour with driver Mark Hall behind the wheel, handily besting the previous record of 96.8 mph. Ram Truck brand has been a long time sponsor of the Raminator, which is joined by its sibling monster truck, the 2014 Monster Truck Nationals Champion Rammunition. 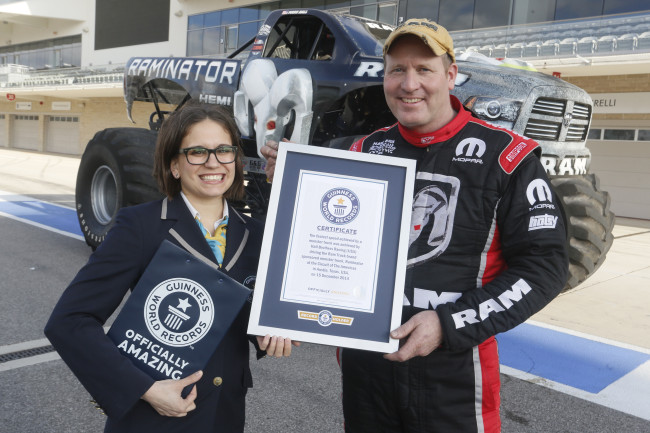 Hall Brothers Racing President and Crew Chief Tim Hall stated, “Taking on the challenge of breaking a world record has been an experience we will never forget. With the support of Ram and Mopar, we continue to add to our achievements and are honored to now be a Guinness World Records holder.”