Car hunting; it’s something many of us have done numerous times. The excitement of hunting for a car in the hopes of purchasing it is pretty unmatched. For Chris Clardy’s father Gene, the original target of his hunt was a 1970 Dodge Charger survivor that he knew of sitting since the early 1980s. It was the classic case of ‘car is in the driveway but nobody is ever home’. In the summer of 2012, Gene finally got lucky. When talking to the lady on the property, he found out the Charger was original owned by her daughter. Unfortunately, she had passed away in the early 1980s so the car was parked and left untouched.

Also sitting on the property was a 1970 Dodge D100 long wheelbase step side pickup equipped with a 225 Slant 6 and 727 automatic. When asking about it, Gene was told it had been purchased brand new by her late husband and had been sitting since 1985 after her husband passed away. Although he really only wanted to purchase the Charger, Gene decided to try and make a deal on both to not show too much interest in the Charger. Occasionally when somebody can sense you really want something, the price goes through the roof. She agreed to sell him the D100 but wasn’t ready to sell the Charger yet, so she promised if he bought the truck, the Charger was his when she was ready to let it go. Gene agreed and took the truck home. Chris says, “When my dad purchased the truck, it had a camper shell on the back that was siliconed to the bed with a makeshift camper door in place of the tailgate. The truck was covered in dust and the back was being used for storage. My dad helped her clean it out of her belongings.” When Gene asked about the missing tailgate, the lady informed him that her late husband never threw anything away so she gave him permission to search the attic and other various storage spots on the property for it. Sure enough, he found the tailgate in the attic covered in dust. It still featured the original dealer sticker as well as a paper bag with the hardware and the chains.

Once Gene and Chris got the truck home, they pulled the camper off and decided to wash it. After cleaning out the fuel system and treating it to a fresh set of spark plugs, the truck fired up right away. “It was pretty cool to see my dad in something that brought back his memories of when he was my age. He had the almost exact same truck in high school,” recalls Chris. The truck sat for a while after that while Gene sat and waited for the news he could come pick up the Charger. Unfortunately, the lady didn’t hold up her end of the bargain and instead the Charger ended up going to Texas to another family member. Unfortunately, Gene passed away in April 2013. After his passing, Chris decided that he wanted the truck. Being as his mom and older brother had no interest in it, they decided to load it up and haul it to Chris’ house to surprise him on his 26th birthday. Chris shares, “I was happy to have it and I drove it around a lot in the original condition. Not long after, I met a guy on Facebook by the name of Robin McQueen [you may recognize the name – we featured his FC7 1971 Charger R/T last year – Ed.] who was in the process of doing a Crown Victoria front-end swap to his 1969 D100. I took interest in this process and thought if my dad was still with me, he’d want to make a hot rod out of the truck.”

In November 2014, Chris decided to start the build and stripped the truck apart. After locating another long wheelbase frame and a Crown Victoria suspension setup, he got to work merging the parts to fit. Chris decided he wanted to convert the truck to a short wheelbase so under the direction of Robin, he chopped the frame down to the proper length. “I was very fortunate to have him for questions and his extensive photo gallery of the actual swap. I did everything in my two car garage, often pushing the truck outside to have more room to work,” says Chris. After the frame was pulled in and welded back up, he got to work doing all the small fabrication work such as locating the rear control arm mounts. Once that was complete, the frame was sent off to be blasted and painted black to contrast nicely with all the bare finish aluminum parts. To give the truck a better stance, Chris cut one coil out of the front springs to drop the nose a little more and then flipped the rear axle using parts from an 8¾ out of a B-body. Around this time, his uncle Tim was so impressed with his work and progress on the truck, he offered Chris a complete 440/727 setup out of a motorhome to give the truck some attitude under the hood to match the killer hot rod look he had in mind. After completing the front end and drivetrain install, it was then time to move the cab off its original frame to the modified frame. Deciding the run long tube headers, Chris had to modify the driver side header to work around the steering and then had to custom make the steering extension shaft to connect to the Crown Victoria rack and pinion setup. Chris says the truck is a breeze to drive now thanks to the power assisted four wheel disc brakes and power steering.

On the exterior, Chris wanted to keep the truck as original as possible so the original bed was cut down to short wheelbase specifications as well as the original bed wood and steps. The only parts replaced in the bed were the divider strips and hardware. Chris is proud to say his truck still retains its original sheet metal which is quite uncommon these days. To keep with the hot rod look, Chris left the paint alone for a wicked patina look. The D100 rolls on Detroit Steel Wheels painted white as the factory wheels were painted white as well. Upfront, the wheels are 20x8s with a 4.5-inch backspace wrapped in a 245/40R20 tire. The rears are 20x9s with a 3.5-inch backspace and 275/40R20 tires. Chris added the dog dishes to keep a factory look. Inside the cab, the interior only needed some mild updates. The seat was originally tan and heavily torn so Chris decided to recover it and the door panels in black to match the dash. For some added comfort, Chris added carpet to the interior. The dash pad, steering wheel, and headliner are untouched original pieces. “The truck is a bit of a time capsule. The original owner had his name on a label on the glove box door, so I left that alone. I never wanted to take from the truck’s history. I had a small amp installed under the dash so I could plug my phone in and listen to music. I also added a wide brake petal out of a car with the petal dress up trim just to add a little factory touch. They match the exline carpet strips,” says Chris.

While Chris is very happy with the result of his labour and love, he still has some ideas in the works for the truck. He continues, “I plan on eventually deleting the spare tire and adding A/C. I also have some more work to do to finish the exhaust. This truck has been a labor of love for me. When my dad had it, it was just another truck. Now that I have it, it’s a big part of me. It’s a good feeling knowing I built something. Something unique. I truly feel my dad’s vision was the end result of my many hours of work in this truck.”

Huge thanks to Ryan Brutt aka The Auto Archaeologist for the use of his incredible photos of Chris’ truck!* 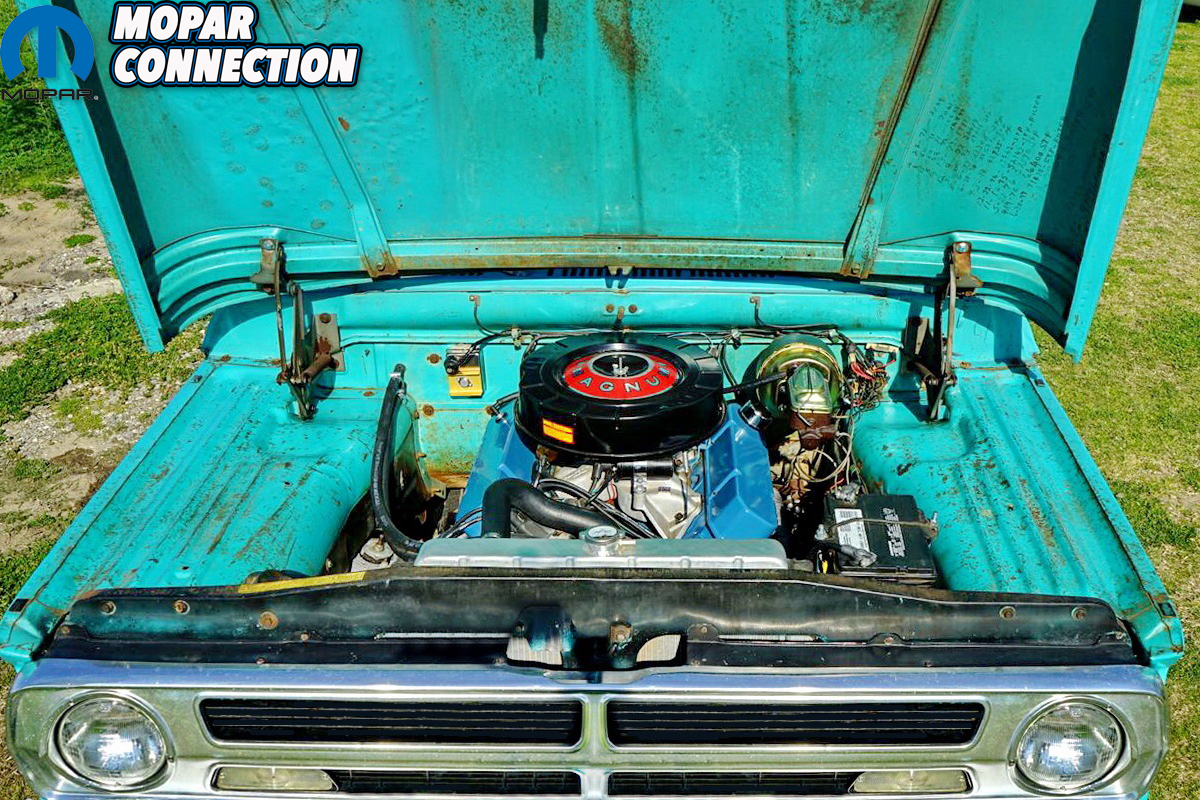 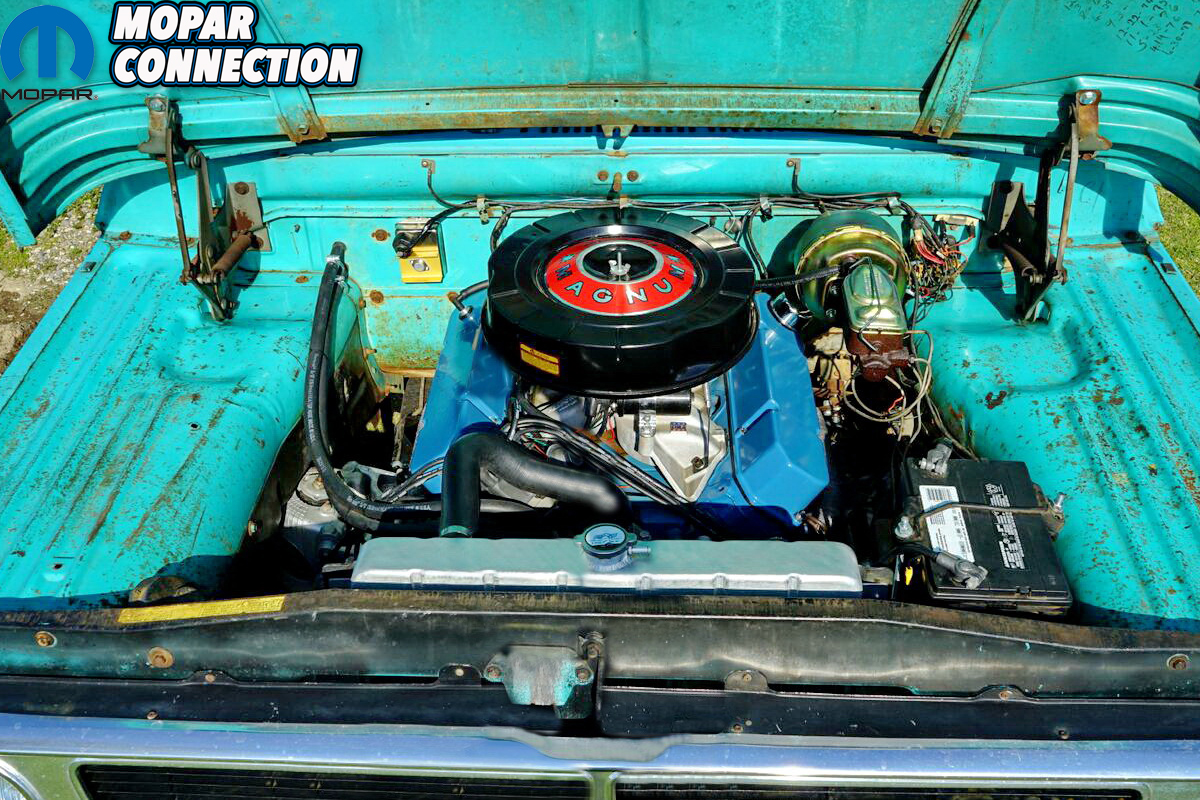 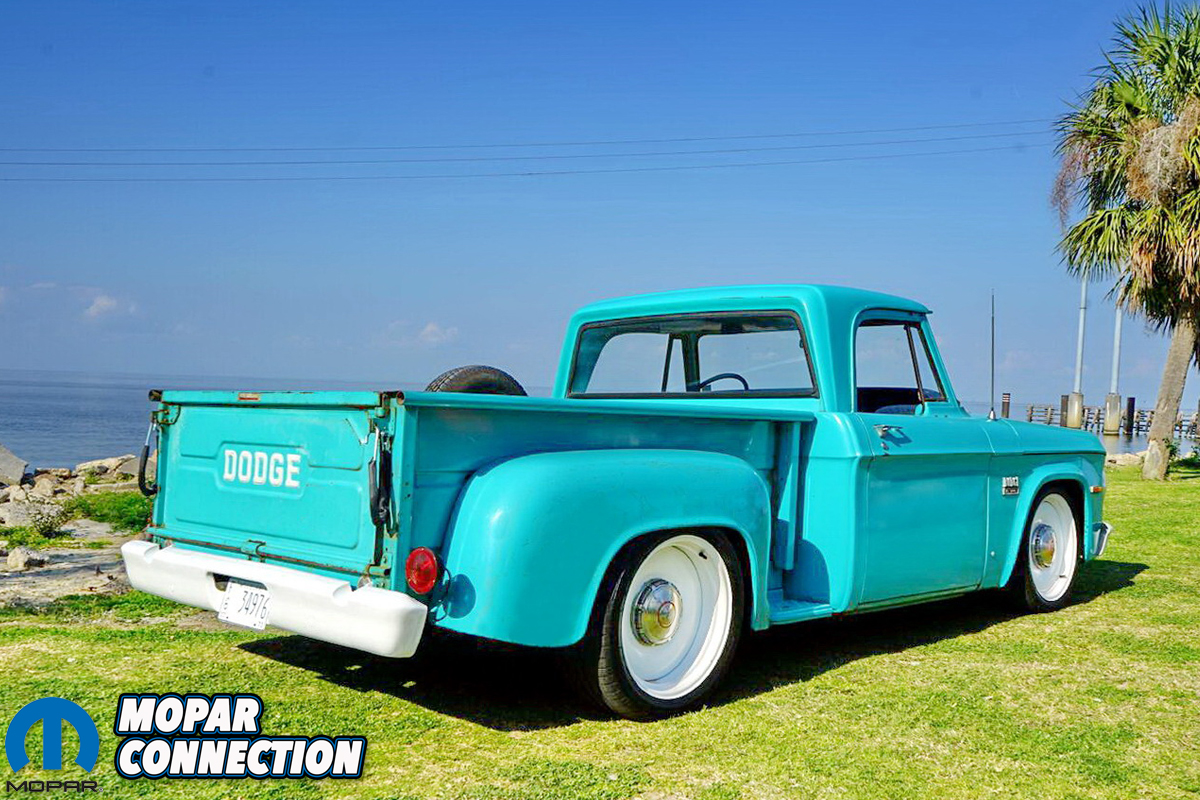