Finding old Mopars these days can be tough. With the Internet and especially social media, the days are “hidden treasures” are mostly gone. These days, one would find that most cars that are hidden away are known to some extent, whether it is through word of mouth or shared online. To find a muscle car sitting or rotting away in today’s world takes some extra skill, or just plain luck and timing.

For David Brennan, a recent find just happened to be a combination of luck, timing and connections. Back in the spring, David was with his father and brother driving to the annual Spring Carlisle Collector Car Show and Swap Meet in Carlisle, PA. David tells us, “I was about an hour from the fairgrounds, driving through the middle of nowhere when I received a phone call from an unknown number. I answered the call and the man on the other end said, “Hey Dave? I hear you’re the Mopar guy around here. I have an old Dodge that I need to sell that’s been in my backyard since 1987”. 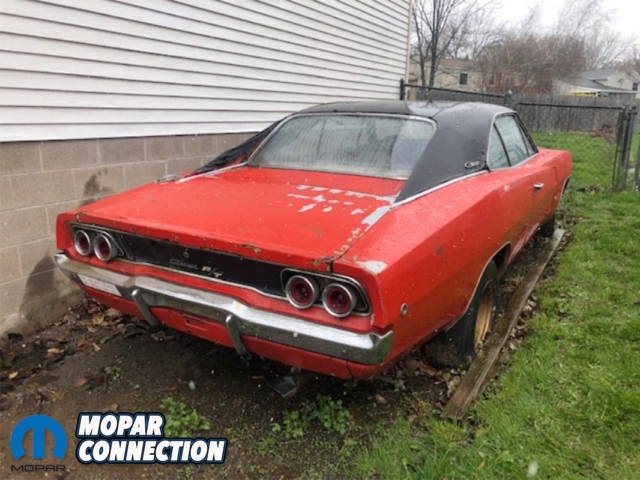 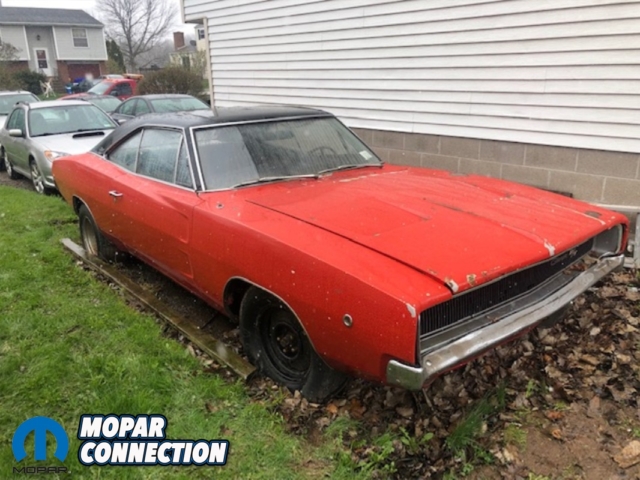 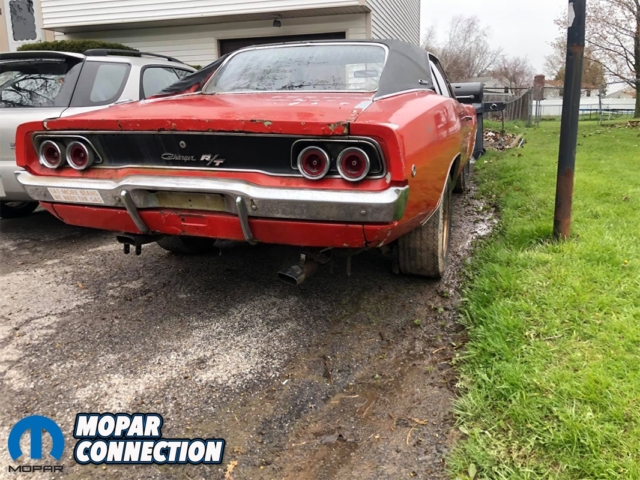 Instantly, the guy on the phone had David’s attention with the words “old Dodge”. However, being in the middle of nowhere along the highway, David’s phone kept losing cell service. “I was in a bit of a panic. I was trying to find out about this car but we were going through a patchy area for cell reception and I kept losing the connection so I told him I had to call him back when we got to our destination. It felt like the longest hour ever to the fairgrounds,” he laughs.

As soon as they arrived in Carlisle and back into full cell reception, David quickly called the gentleman right back as he was dying to know what this “old Dodge” really was. For all he knew, it could be anything from a Hemi Charger or Challenger to an Omni or K-Car! The gentleman on the phone proceeded to tell David that the “old Dodge” sitting in his yard was a real XS code 1968 Dodge Charger R/T with a 440 4-speed. He said it was rough but ran a few years ago and was a good restoration candidate.

“I couldn’t believe it. It was basically what I was hoping he would say he had. I love Chargers so it was right up my alley. He told me that the car had been sitting in his back yard with a tarp over it since 1987. He would fire it up periodically but that’s about it. Prior to 1987, it was drag raced at a local drag strip so the 440 was pretty built with an aftermarket camshaft, intake manifold, headers and a bigger carburetor,” David says. 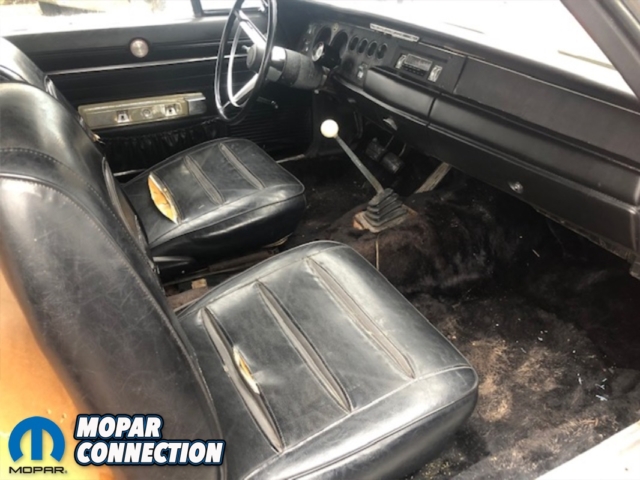 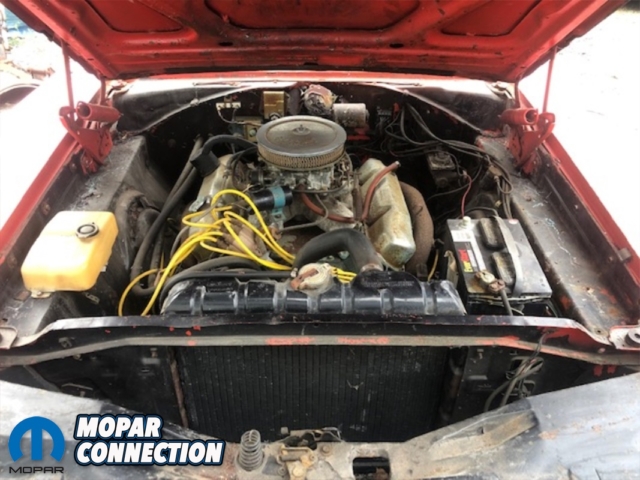 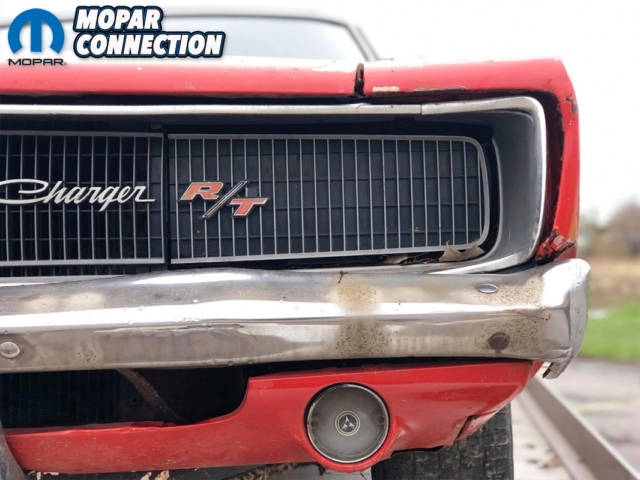 He continues to say, “The gentleman told me that it was Red with a Black vinyl top, and Black interior. To make things even better, it still had its original fender tag in place. I asked him for a price in which he replied with ‘Come look at it and make me an offer. I’m moving and it has to go.’ I told him I would be there the following Monday as soon as I got back in town. He told me I had first shot because of my reputation locally with Mopars. When he gave me his address, I was shocked as he lived only two miles from my storage facility. I must’ve driven by the house numerous times and had no idea the car was there!”

As soon as David got back in town, he immediately called the seller to arrange a time to come over. He told David to come on by whenever he’d like, but that he did have a friend of a family member that wanted it, so he was going to show it to him as well. David shares, “That instantly bothered me. I’ve been involved in so many deals where someone gets a special showing of the car and it gets sold prior to being shown to me; despite me being promised first dibs, such as the case was with this Charger.” 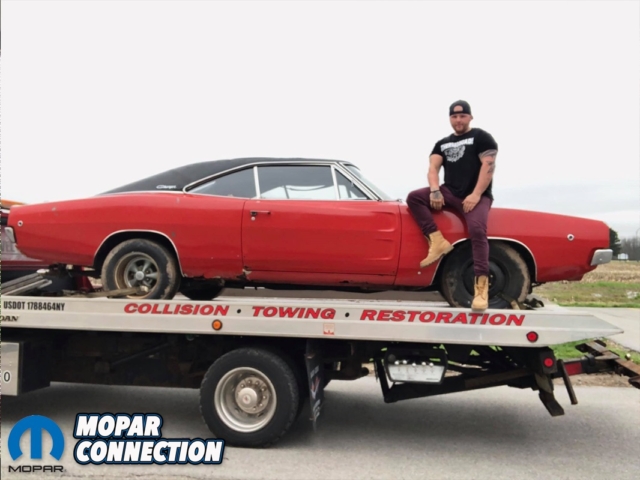 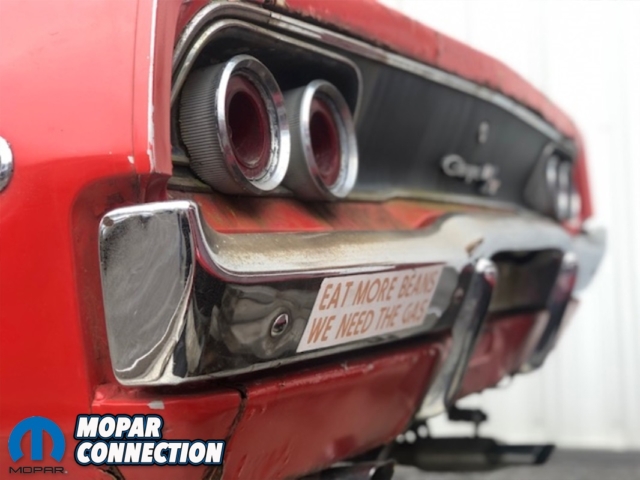 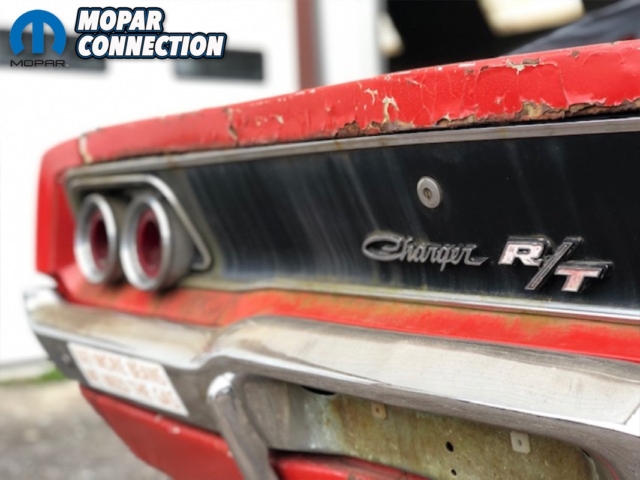 Wasting no time, David quickly made his way over to the seller’s house. When he got to the house, he found the car sitting on the side sunk in the muddy yard. A few days prior, it had rained pretty hard so when the seller dragged it out to the side of the house from the back yard, everything became a muddy mess. However, the car didn’t look half bad considering it had been sitting all of those years outside; and we all know what tarps can do to vintage iron. The Charger had some typical quarter panel rust and a few rust bubbles here and there but overall, it was a very restorable car.

On the inside, the interior was all complete and even in decent shape. Being as David came with the intent to bring the car home, he drove his flat deck tow truck to the seller’s house. “It wasn’t long into looking at the car that I knew I had seen enough and wanted it. I made it pretty apparent to him being as I brought my tow truck. I asked him again for a price. He responded with a price however I thought he was joking (it was that good). I told him I would take it. He sounded shocked. It turned out that it wasn’t a family friend who wanted to come see it; it was actually his brother in law. He told me he wanted to show it to his brother in law as promised but that he was sure it would be mine and would call me the next day,” recalls David. 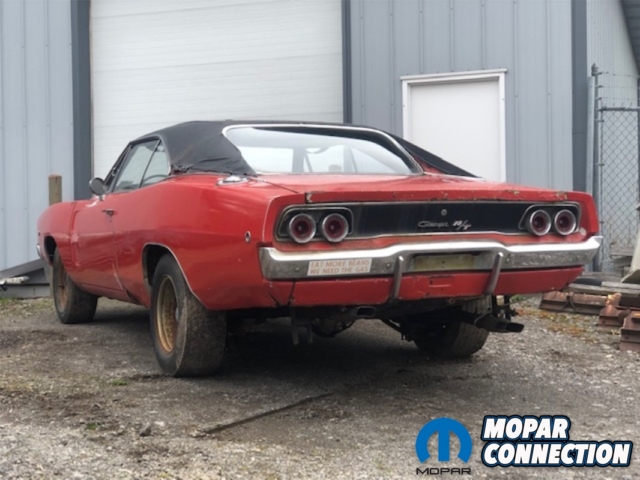 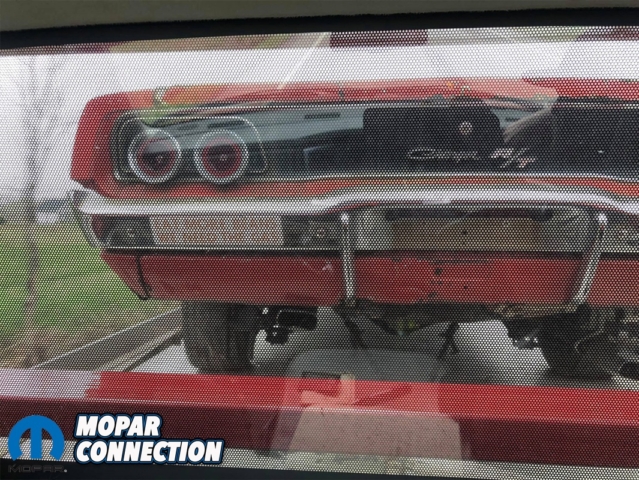 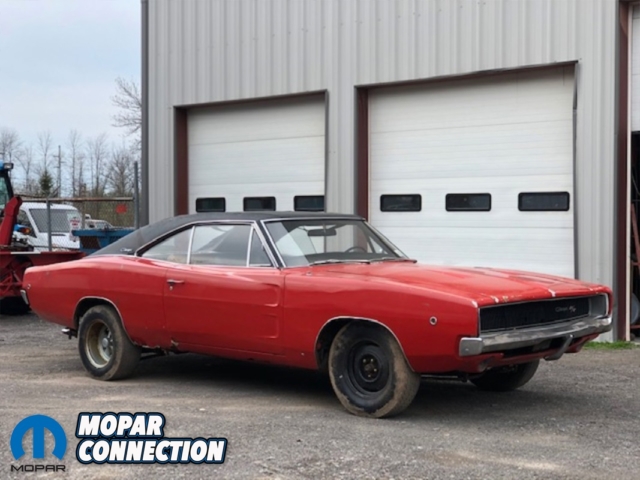 The next day came around and David didn’t hear from the seller. Giving him some time, David waited until that evening before asking if he could come and get the car. The seller replied and told him that he would have an answer from his brother in law the next day and would let him know as soon as he knew. The following day, David received the message he had been waiting for; the car was his and he could come and get it. David drove to the seller’s house the next day and quickly loaded up the car.

“I couldn’t believe the deal I got on the car. After I paid him and loaded the car up, I was just pulling out of the driveway when the seller came running down the driveway yelling “Hey! Wait a second! Do you want this?” while waving a piece of paper. I stopped the truck and got out to see what he had in his hand. I was amazed to see that he was holding the original broadcast sheet for the car! He said, “A friend told me that this paper was pretty important to the car so here you go, enjoy!” shares David.

He says, “I got back in my truck with the biggest smile on my face. I have hunted many Mopars over the years but it was so rewarding to have him call me and offer me something that cool based on what he had heard about me. It was a huge compliment. I’m so grateful that he decided to sell me the car. While I would have loved to have kept the Charger and restored it, I just wasn’t in the position to do a full restoration on it. Instead, I traded it along with some cash to Holgar Kurschner over at Supercar Restorations in Wellsville, New York for my “Sno White” 1971 Plymouth Road Runner. If anyone is going to do the Charger justice, it would be Holgar. 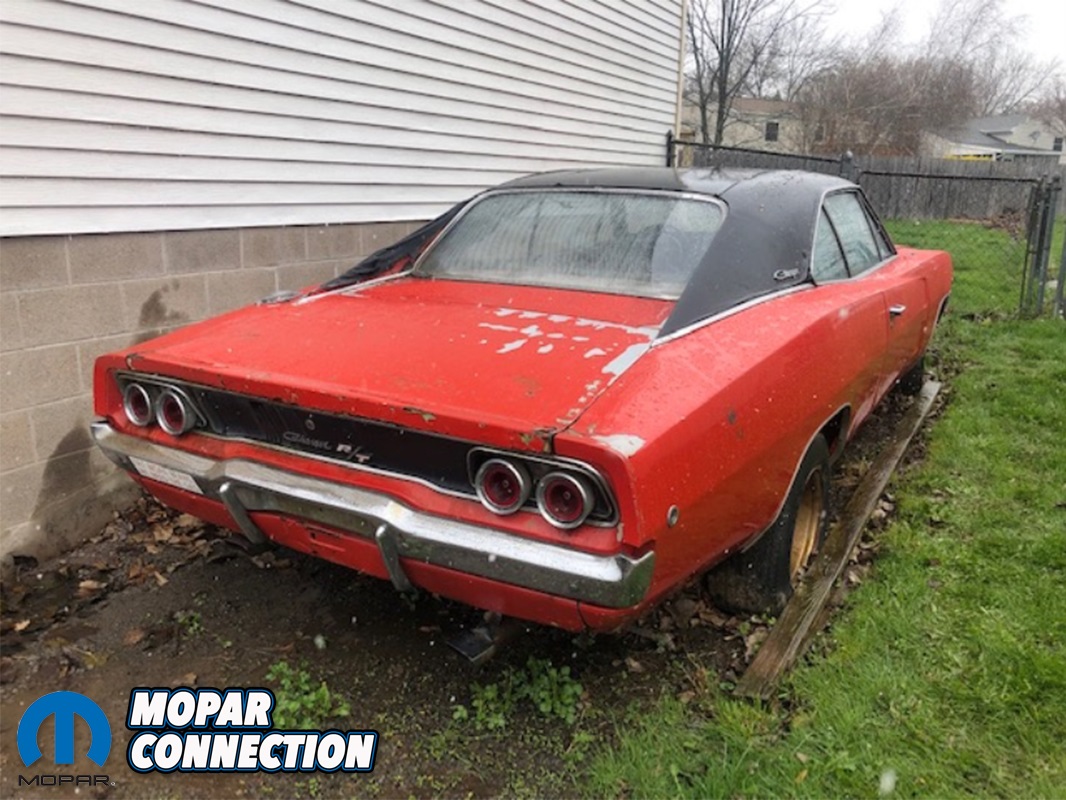 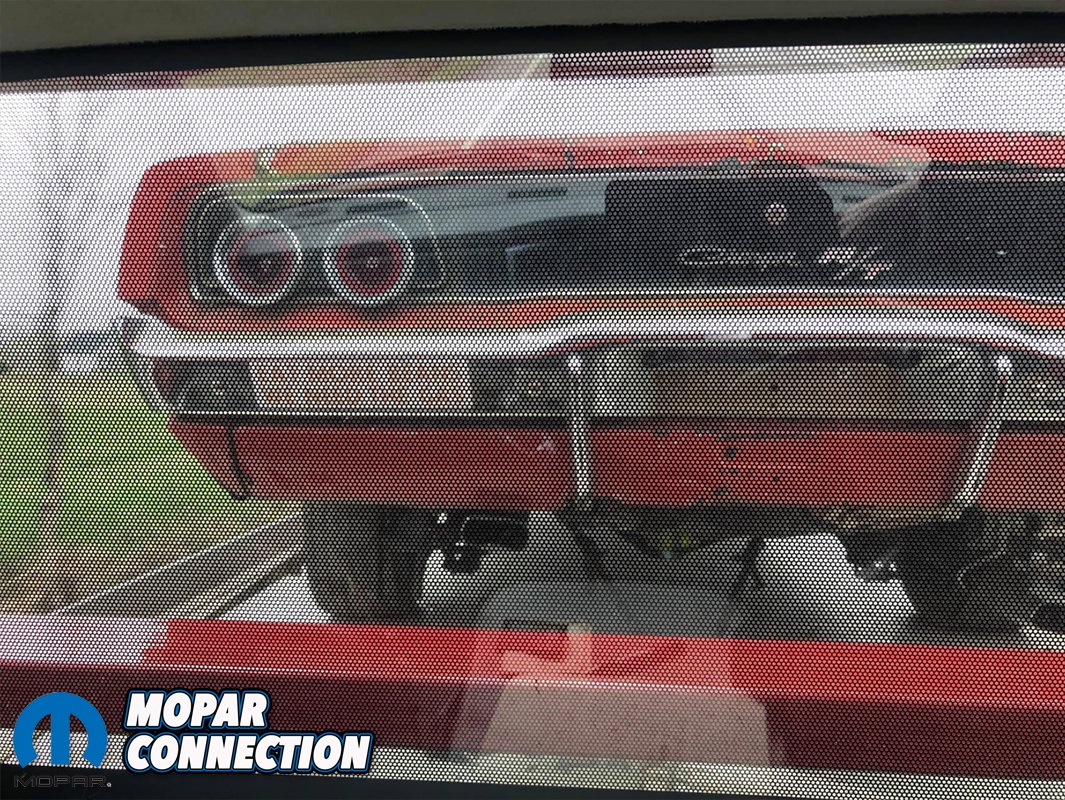 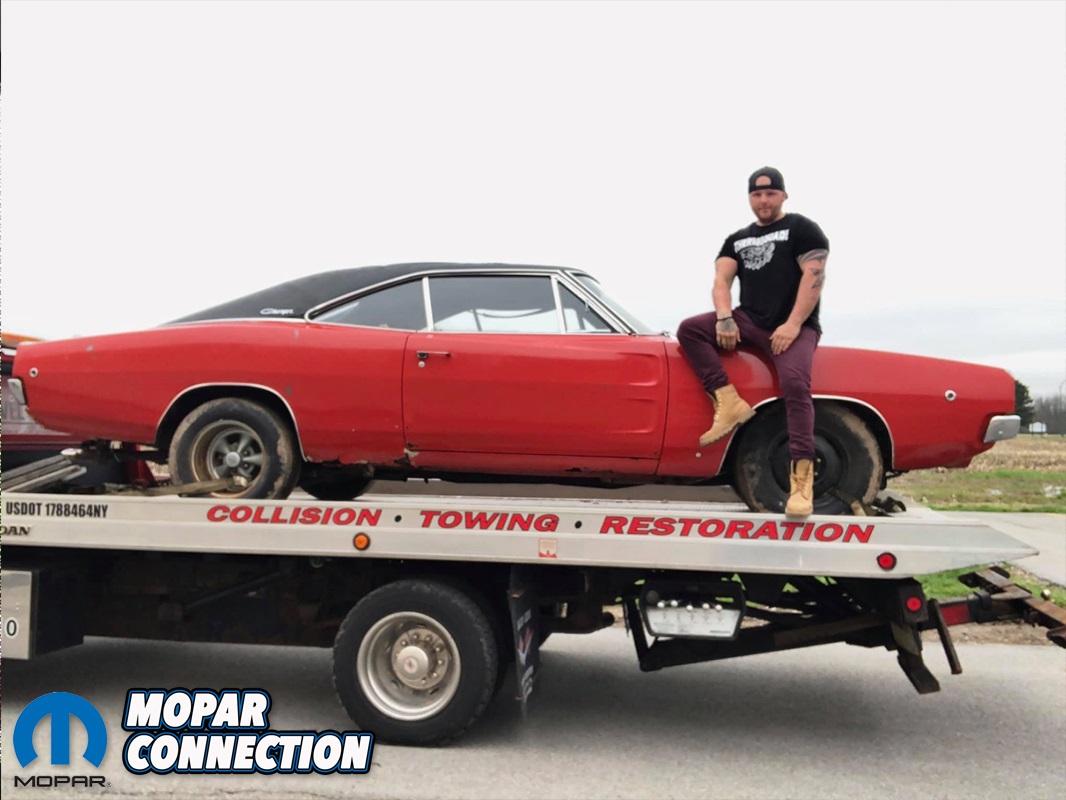 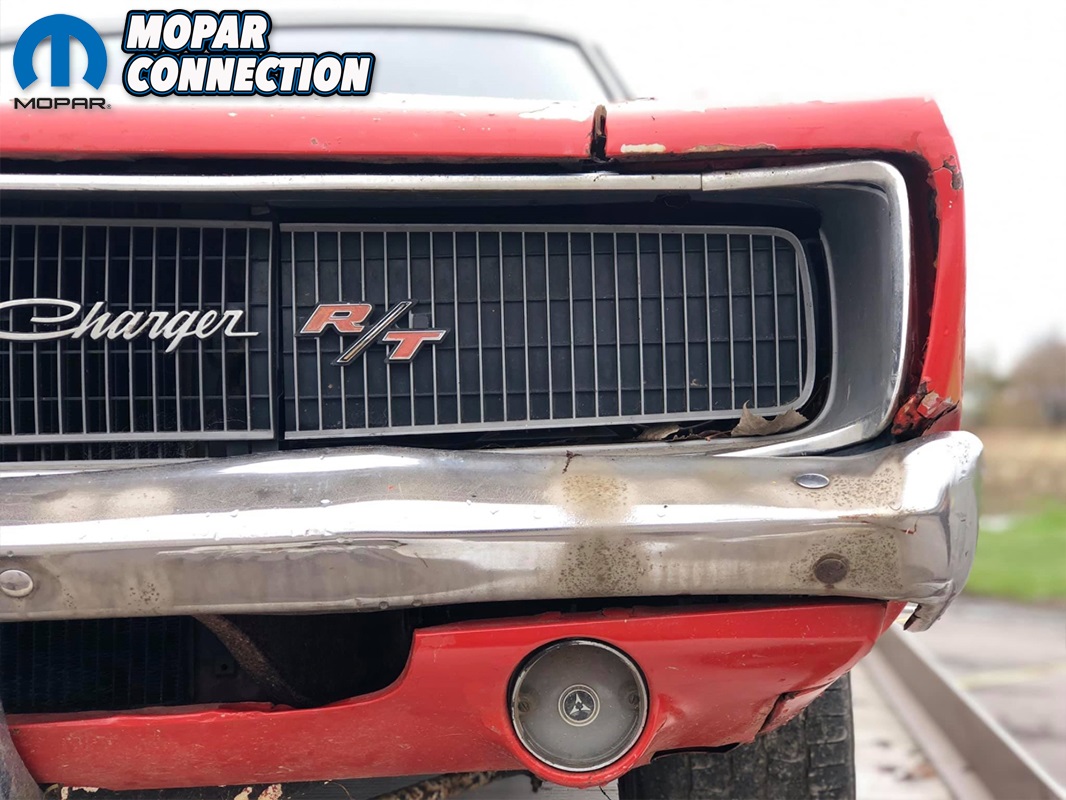 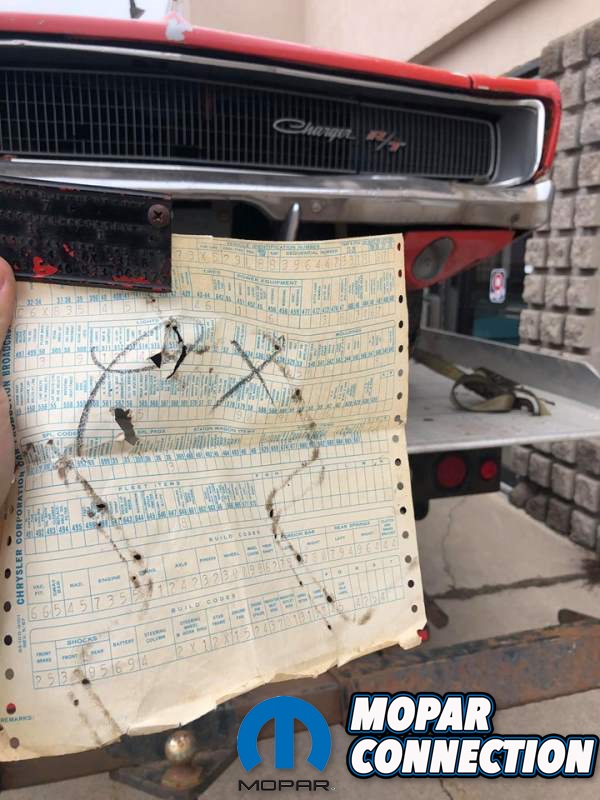 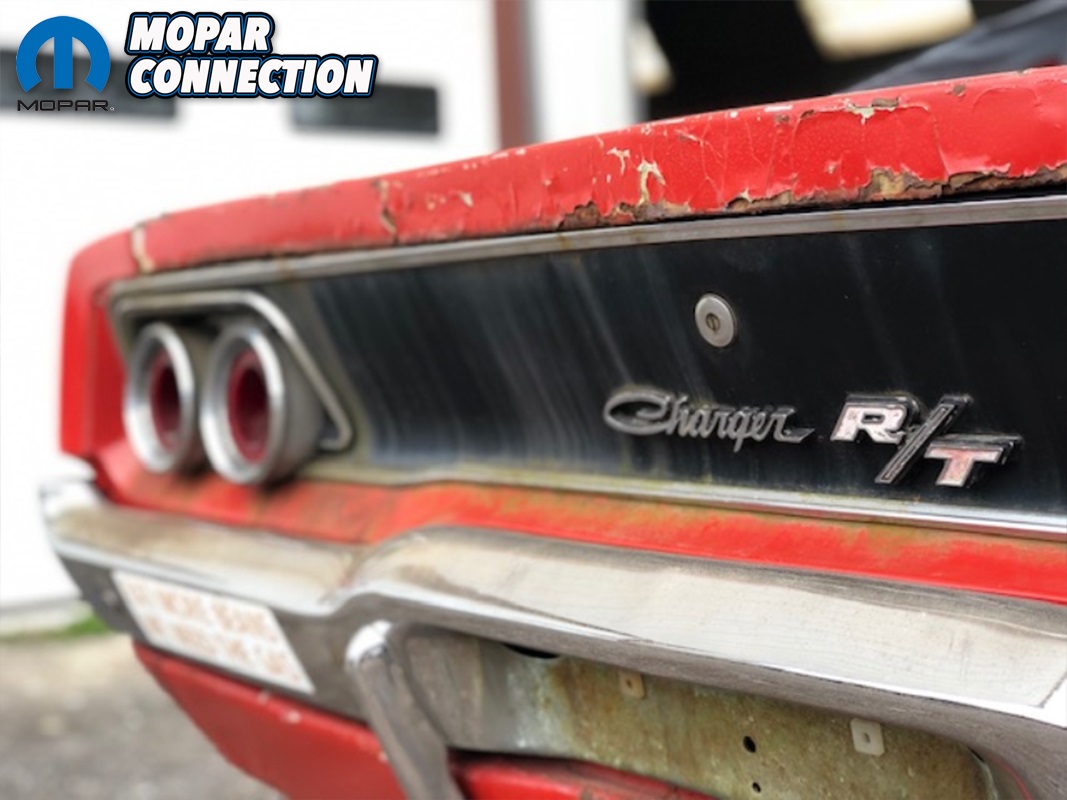 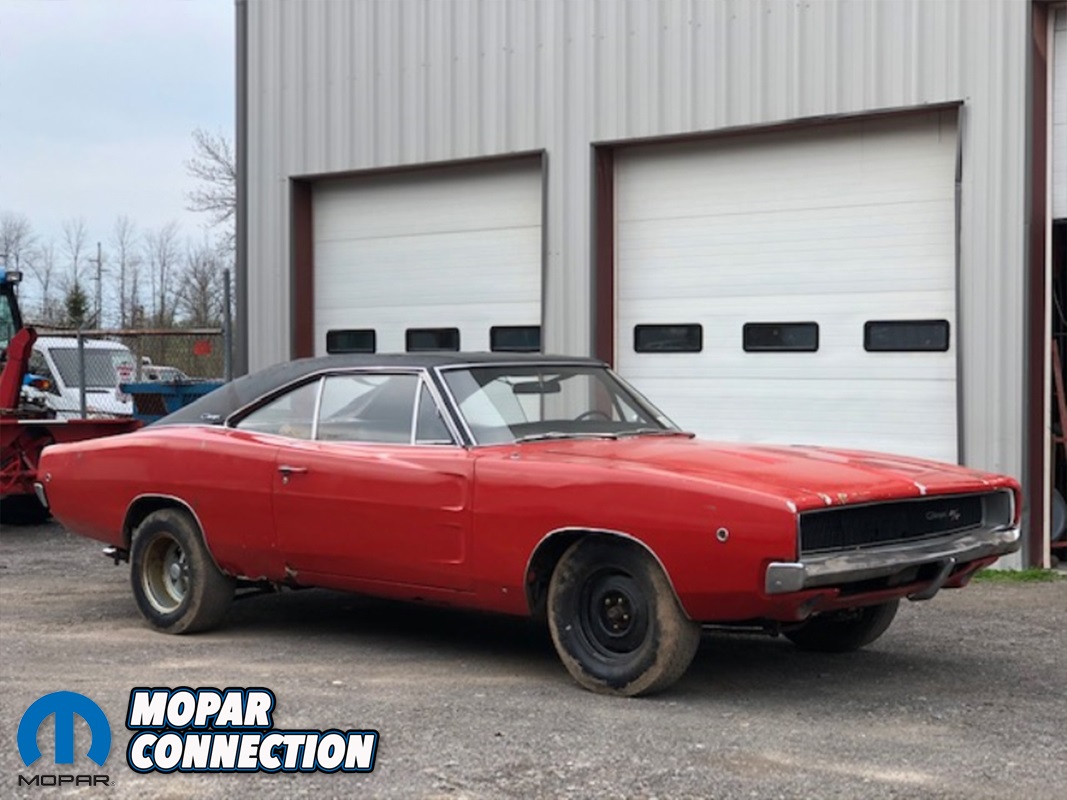 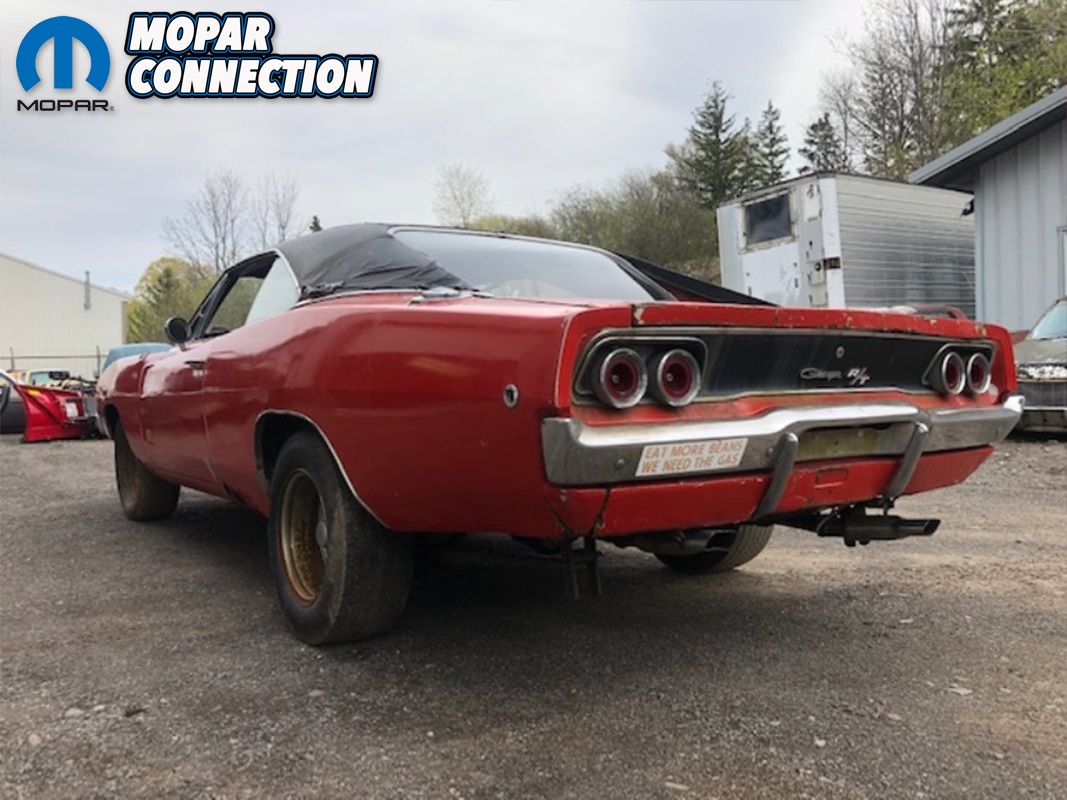 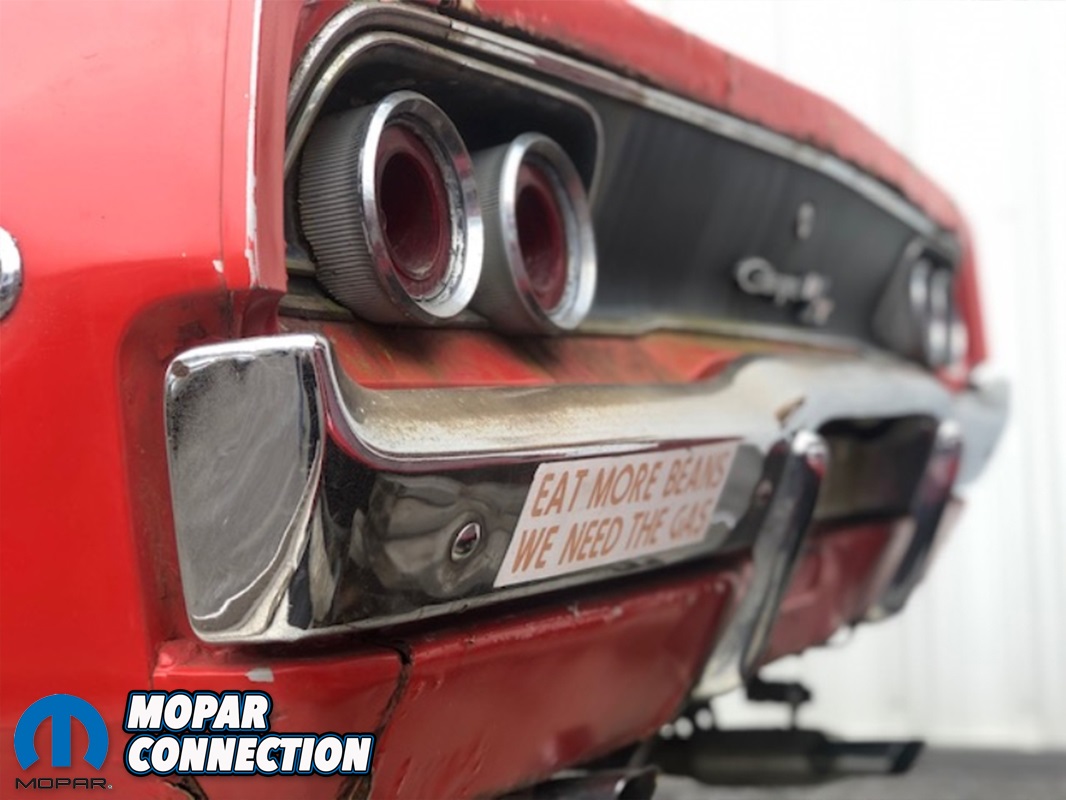 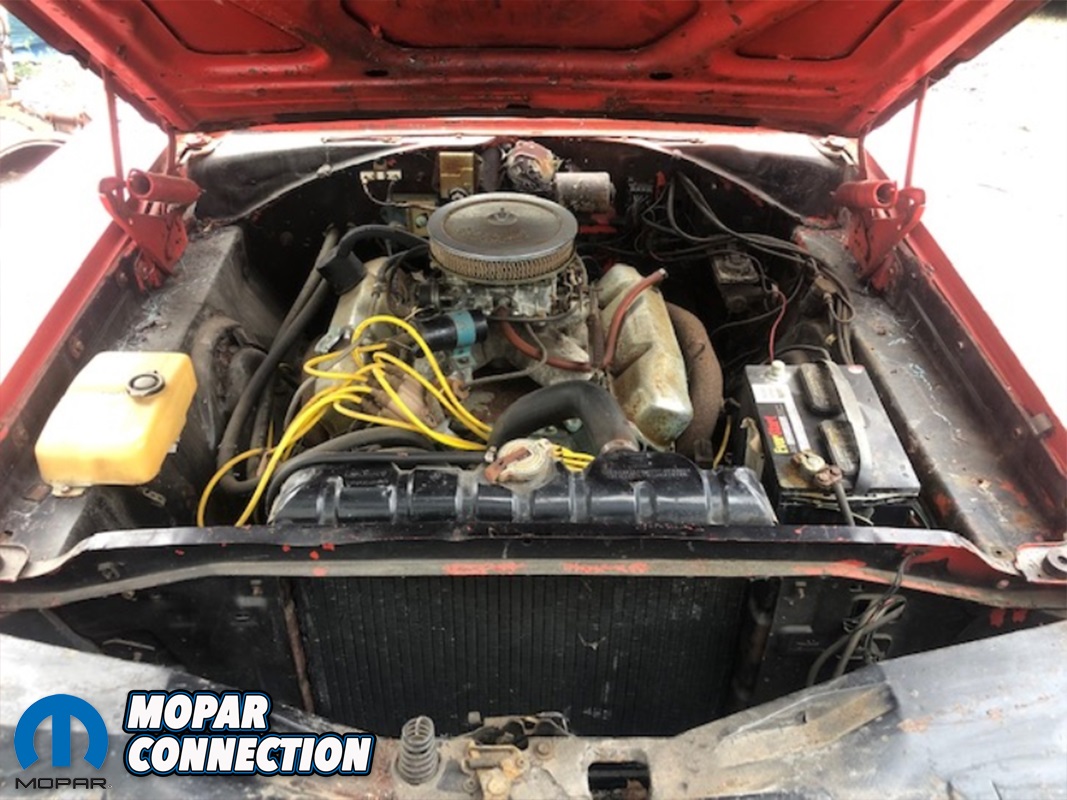 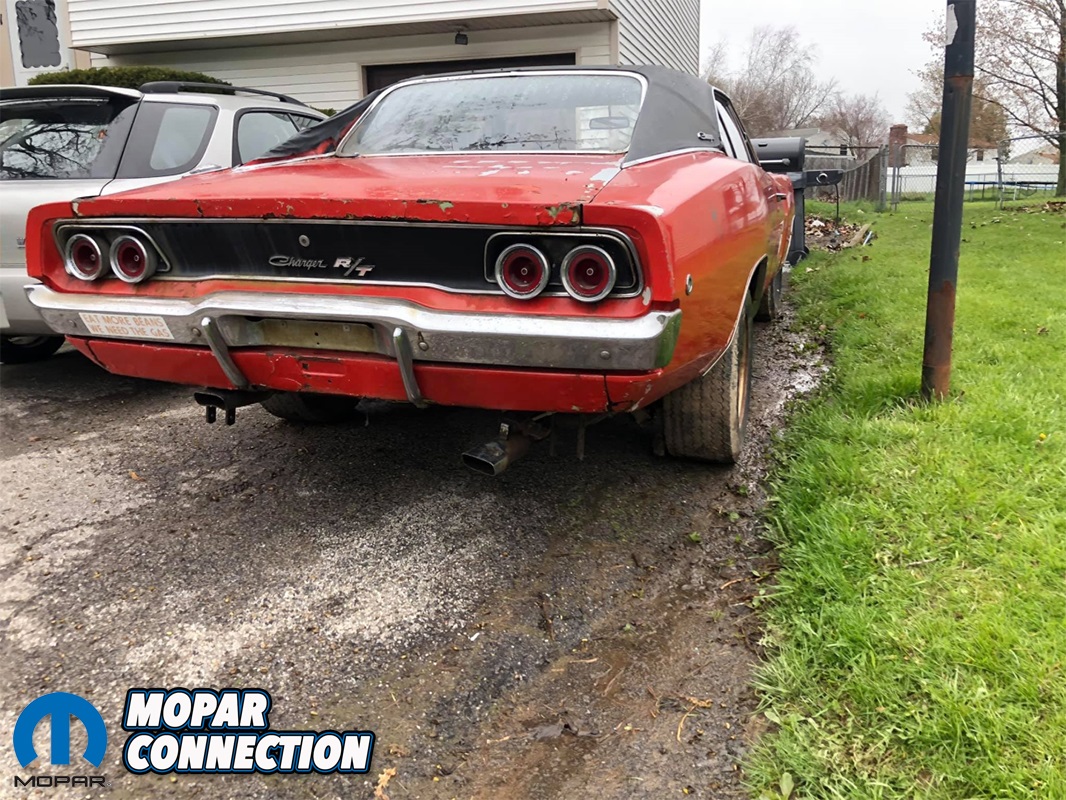 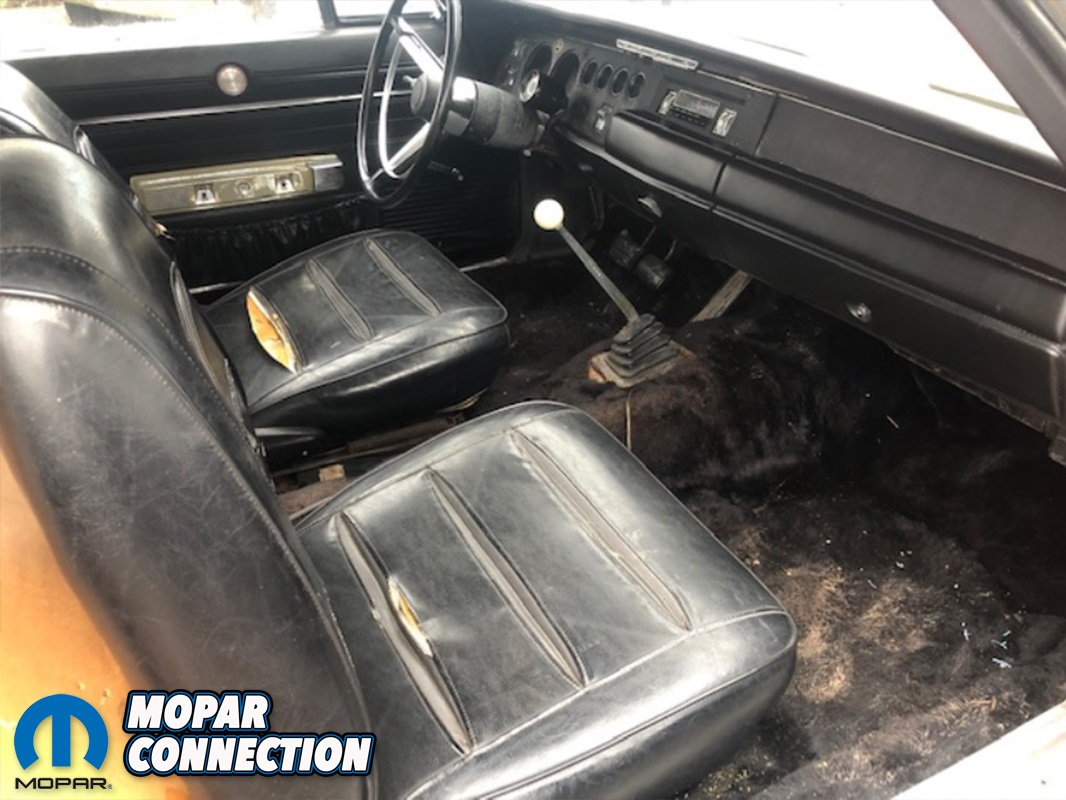 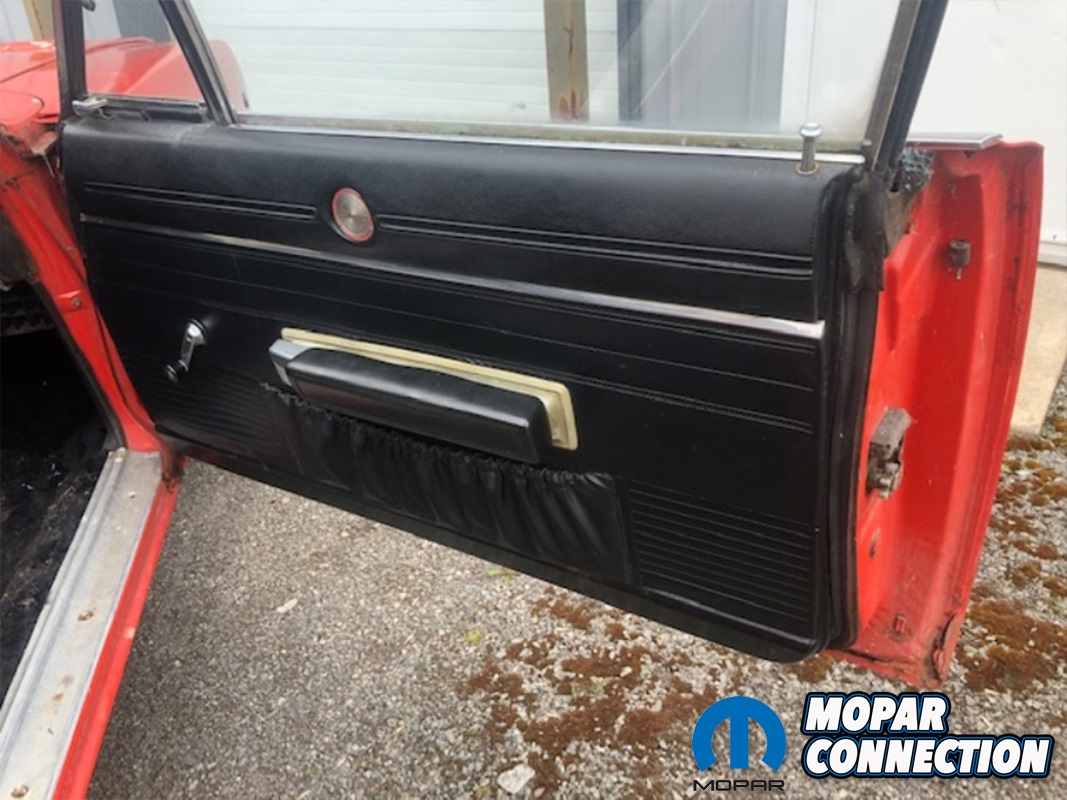 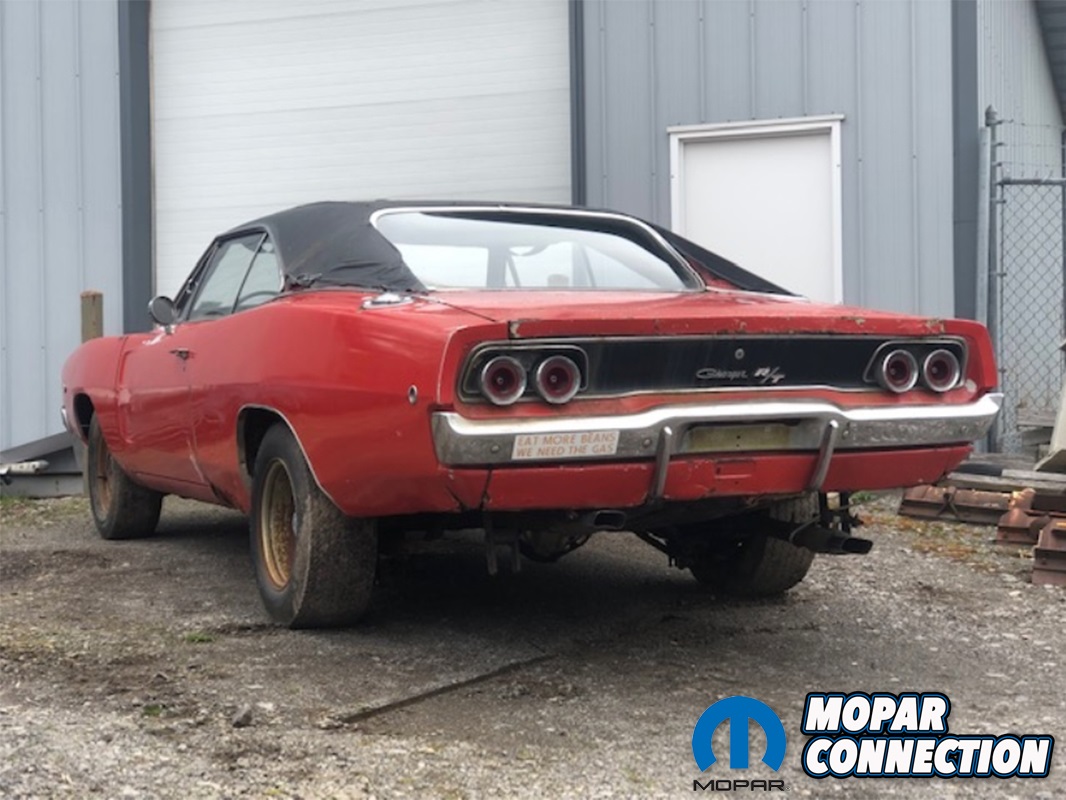 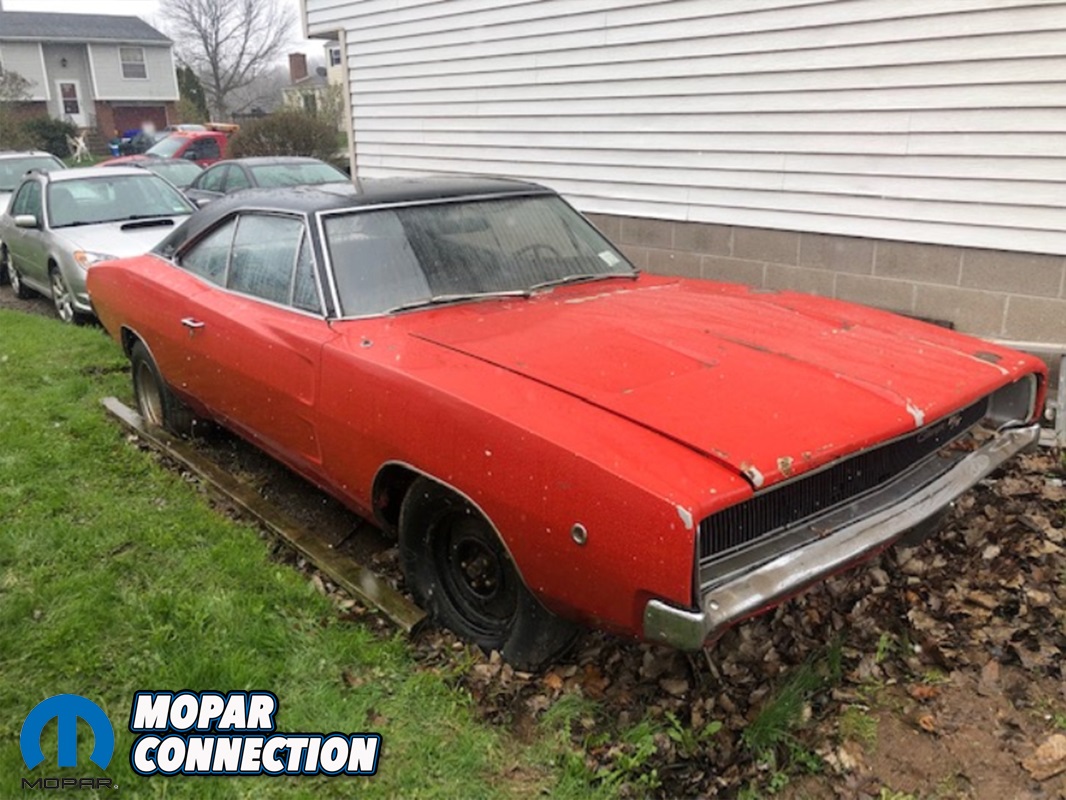