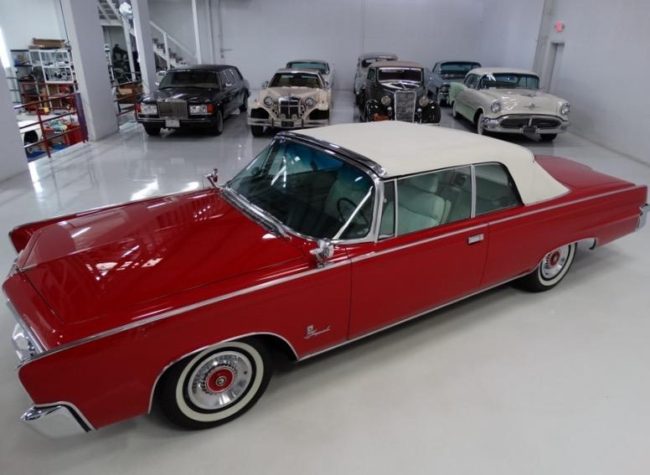 The stunning bright red 1964 Imperial Crown Convertible that was used in the AMC hit TV Series “Mad Men” in Season 4, Episode 3 is up for sale and you have to chance to own the very car that actor Jon Hamm sat in while portraying his character Don Draper.

Only 922 1964 Imperial Crown convertibles were built and fewer than 200 are believed to exist today so that in itself makes this car one rare bird.  Even without the provenance of being on a multiple Emmy Award-winning television show, the Imperial is an impressive ride. The candy-apple red paint and white interior look stunning, and there’s no mention—as there often is with cars used in movies or TV—of any holes drilled for mounting camera equipment. 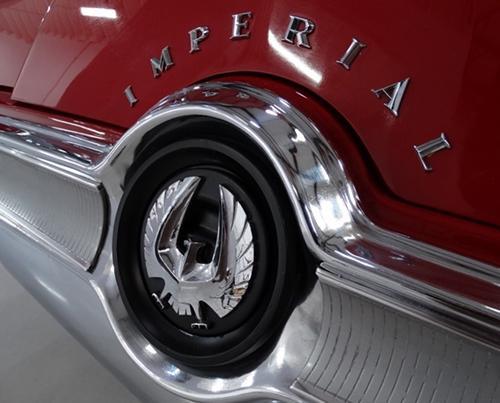 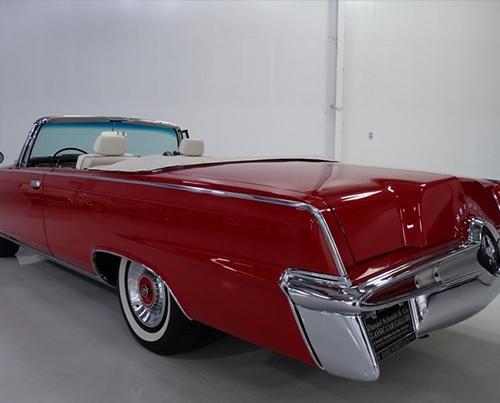 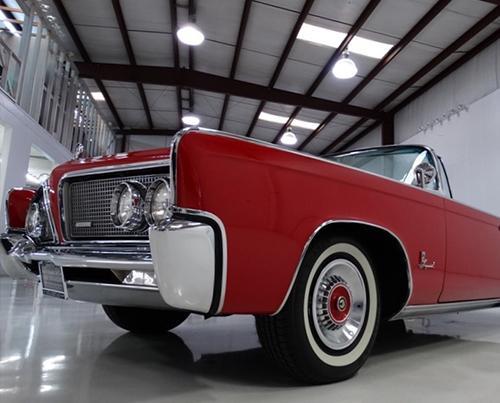 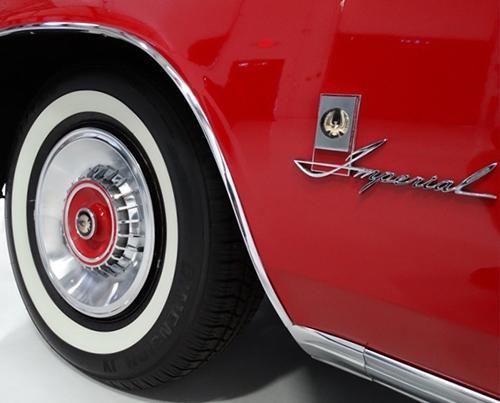 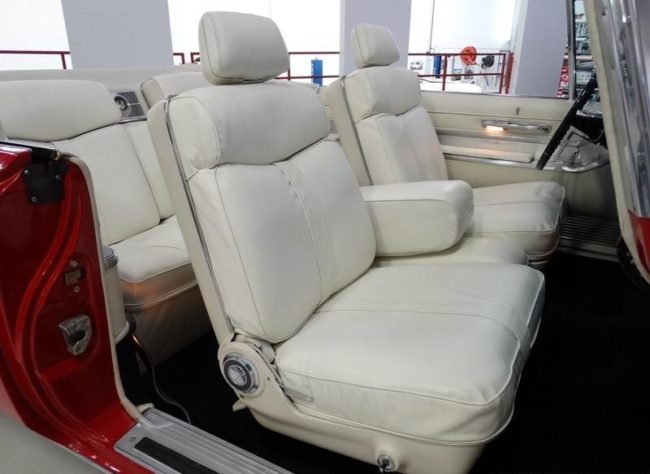 In the episode, he drives this beautiful land yacht with the top down to visit the real Don Draper’s wife in California. Sporting aviator glasses, white shirt and black tie to match his grey suit, Don Draper, epitomizes the successful businessman out for a Sunday spin in this very special car. This Imperial boasts the iconic 413 V8 engine mated to the smooth-shifting 727 TorqueFlite push button automatic transmission.

Power steering, power brakes, power windows, power antenna for the working AM/FM radio and electric top means it’s fully loaded from the factory. This beauty is believed to be all original except for one repaint about 20 years ago and new carpeting. The original Roman Dark Red color was upgraded to its current bright red. The comprehensive frame-on paint job covered all painted surfaces with the exception of one small circle under the hood deliberately left in place by the paint shop as a nod to the original paint code.

This Imperial will draw a crowd wherever you go; especially when it’s learned the car was featured in Mad Men. The car comes with a full Certificate of Authenticity from Lions Gate Entertainment. The asking price for the car is $41,000 U.S and the current bid is close at $40,000 U.S. If you are interested in owning this piece of TV history, check out the link HERE!