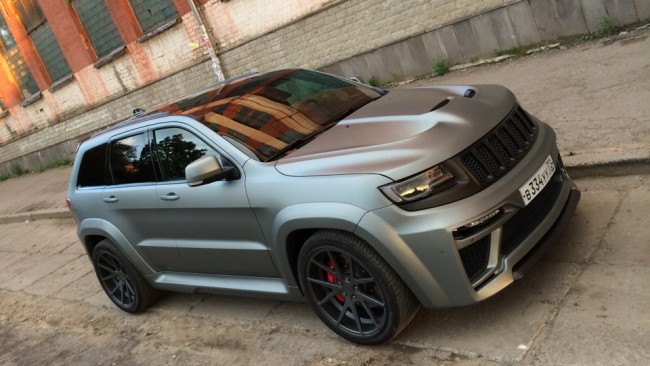 It’s all but official so far. The hinting that Jeep will produce a Hellcat version of their popular Grand Cherokee SRT model has been circling around for a while now. Very recently, a spy shooter from AutoBlog captured some very interesting video footage out at one of Chrysler’s testing facilities. It’s pretty short, but you can see a dark gray Grand Cherokee launch hard and then brake hard to a halt.

If you listen very closely, you can hear the distinct whine of a supercharger at take-off. It’s very similar to the spy footage seen below that was taken back in 2014 of a suspected Hellcat Charger prototype at the same test facility!

The name “Trackhawk” has been rumored for the Grand Cherokee, which we reported earlier this year. So far reports have told us that the test mule Grand Cherokees fitted with the Hellcat engines have laid down consistent 2.6 second 60-foot times! I guess we will have to wait and see if this project becomes production reality. Time will tell!