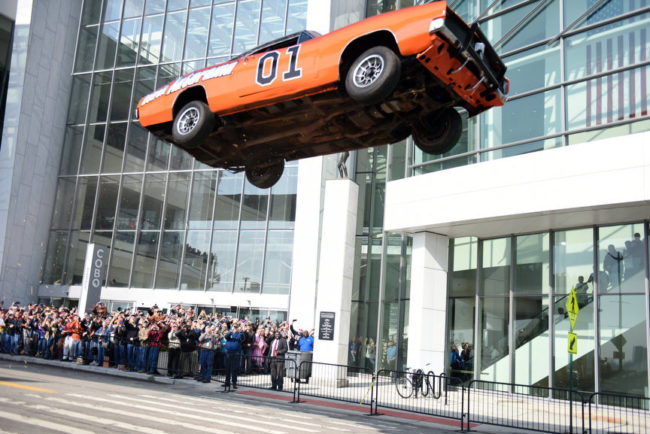 General Lee stunt jumps tend to be a sore spot for many Mopar fanatics. Most see them as a “waste of a Charger” and in most ways it’s true. However, it’s not always exactly the way it looks. Case in point; a General Lee stunt jump that took place at the Detroit Autorama show outside Cobo Center on February 24th.

When we first watched the video of the Charger flying through the air and smashing into the concrete, we cringed and thought “not again….when will it stop!?” but upon closer look, we honestly don’t feel as bad now.
Take a look at the video below to see Raymond Kohn from the Northeast Ohio Dukes hit the ramp at 55 mph and launch the Charger high into the air. Raymond was not hurt in the stunt and everything went as planned. 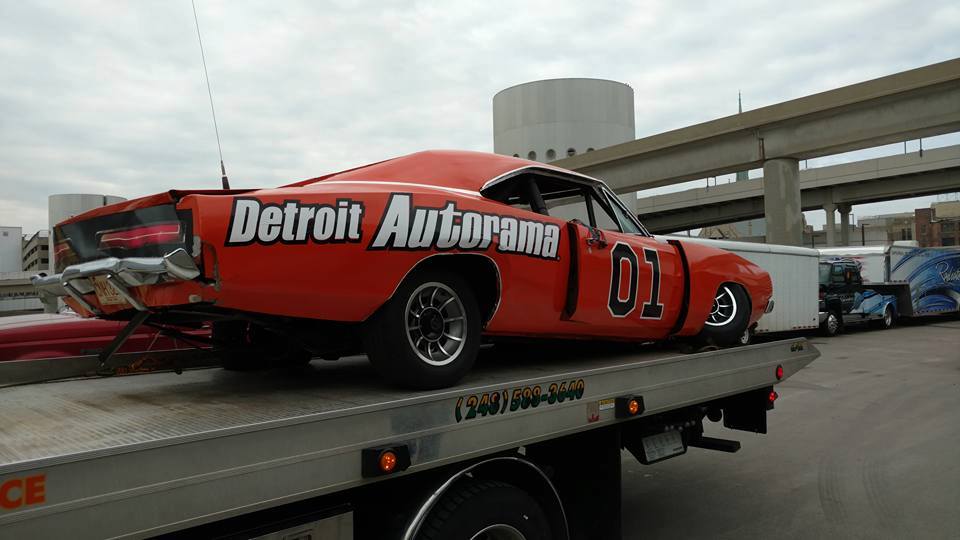 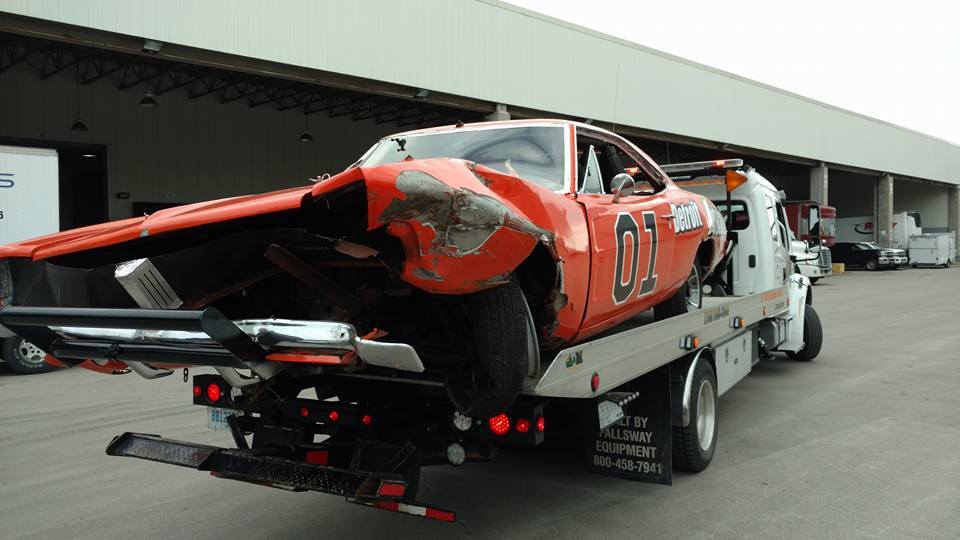 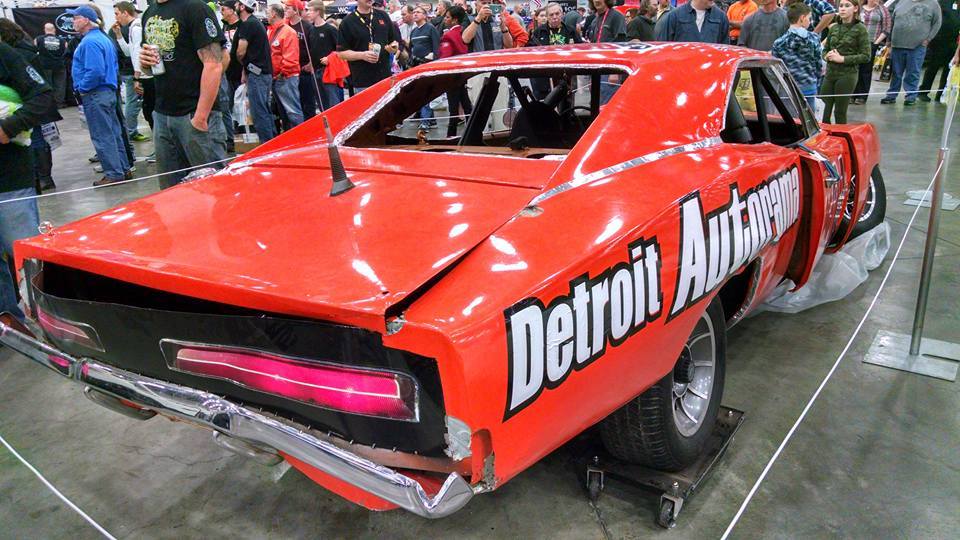 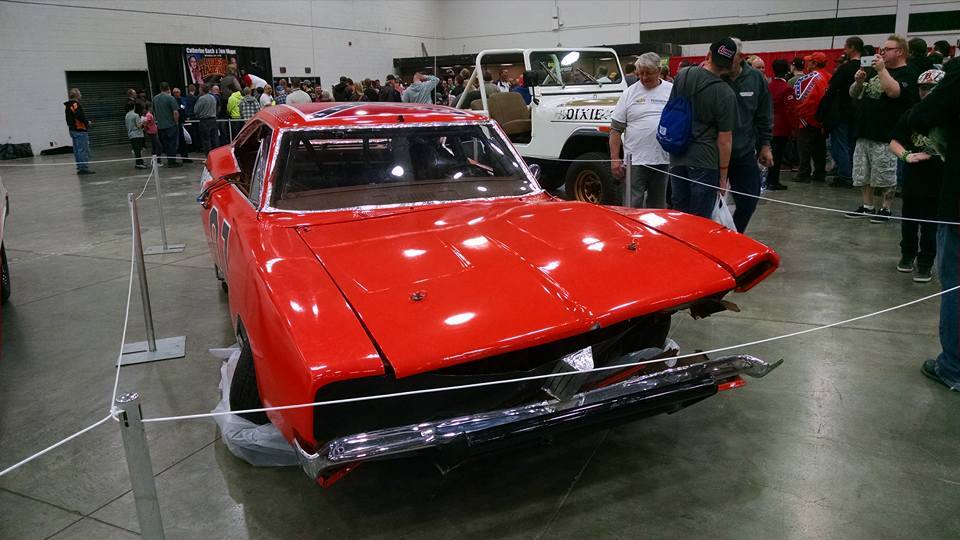 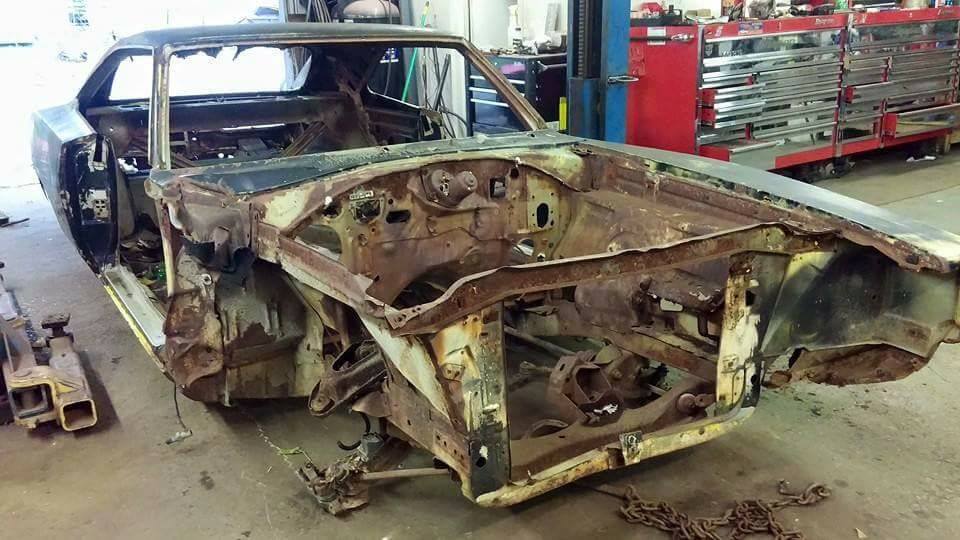 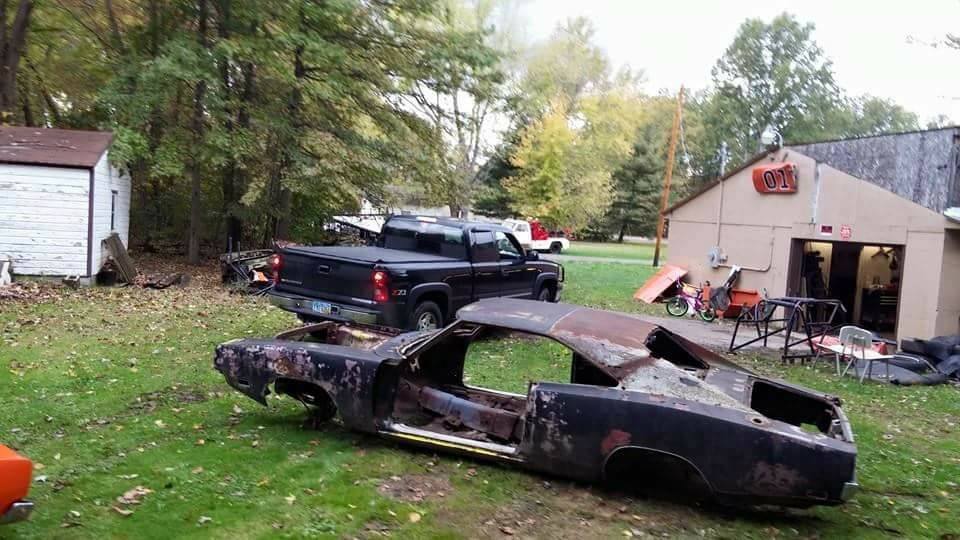 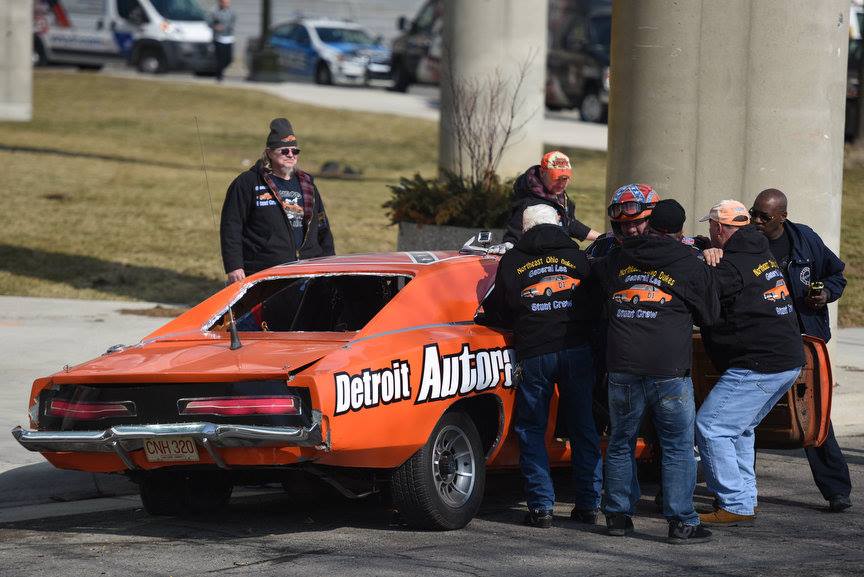 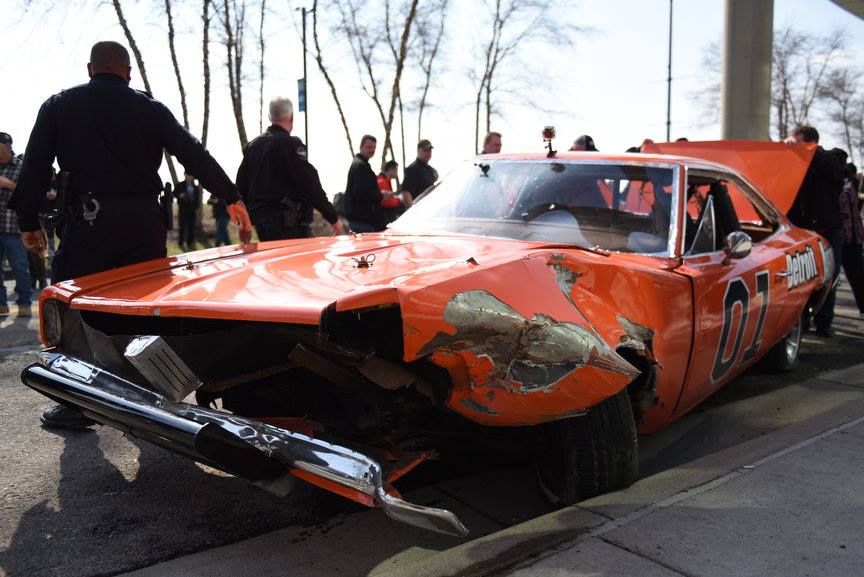 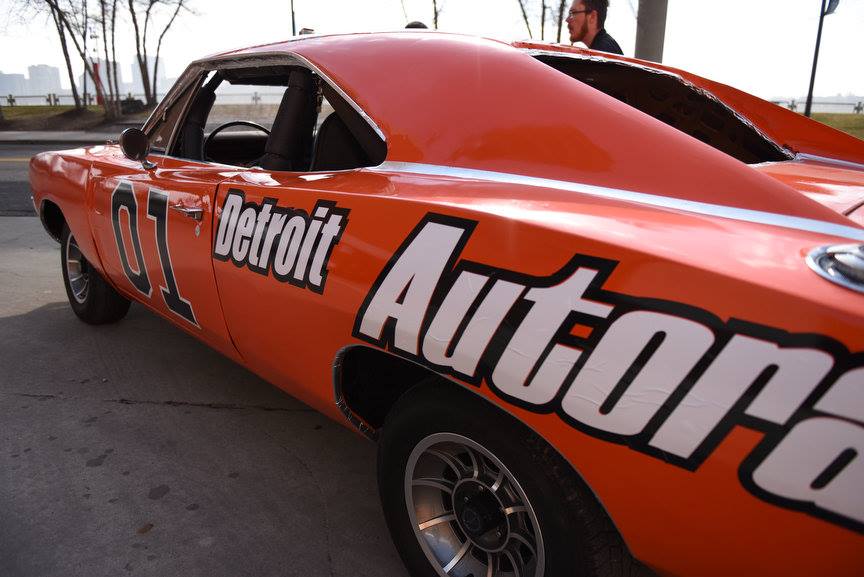 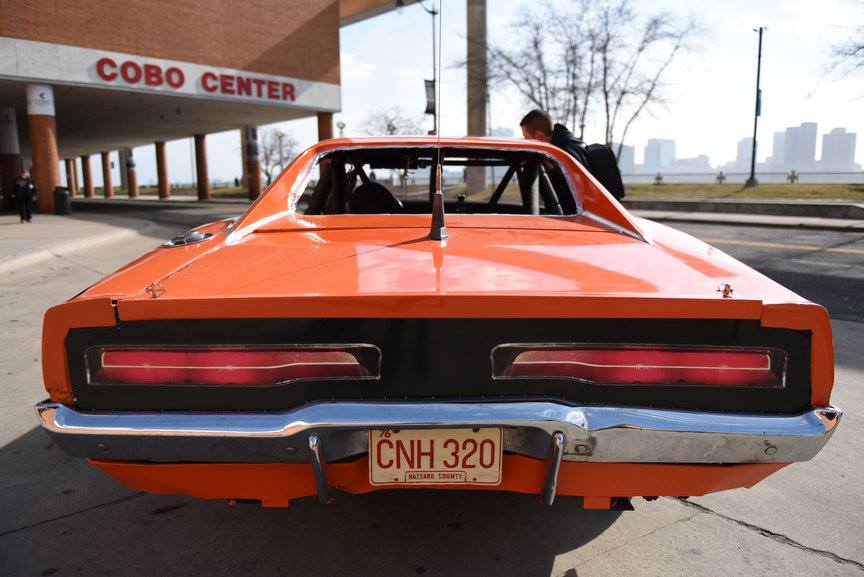 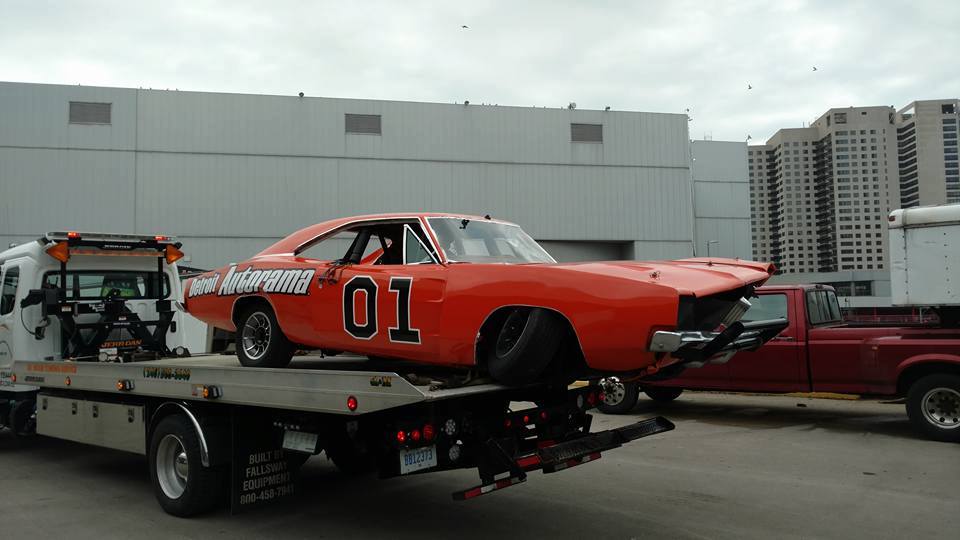 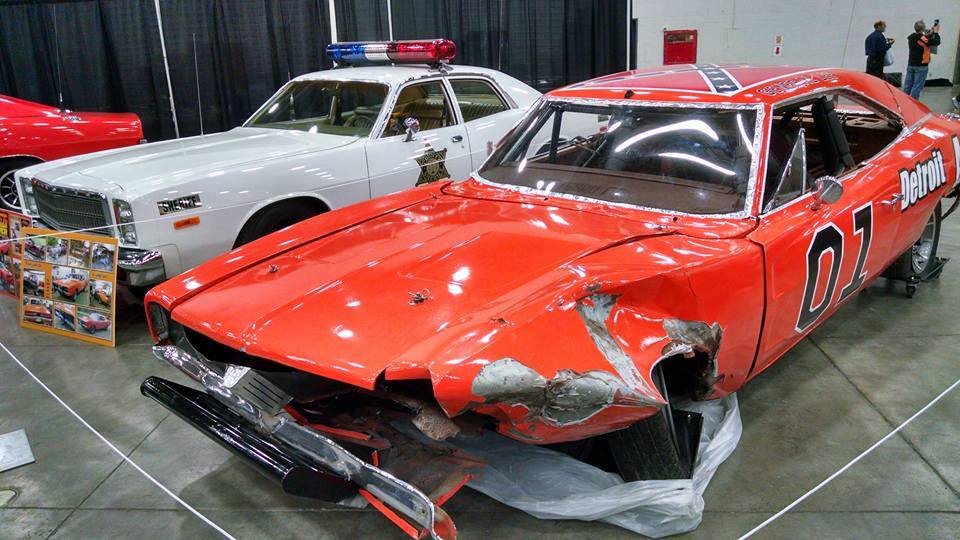 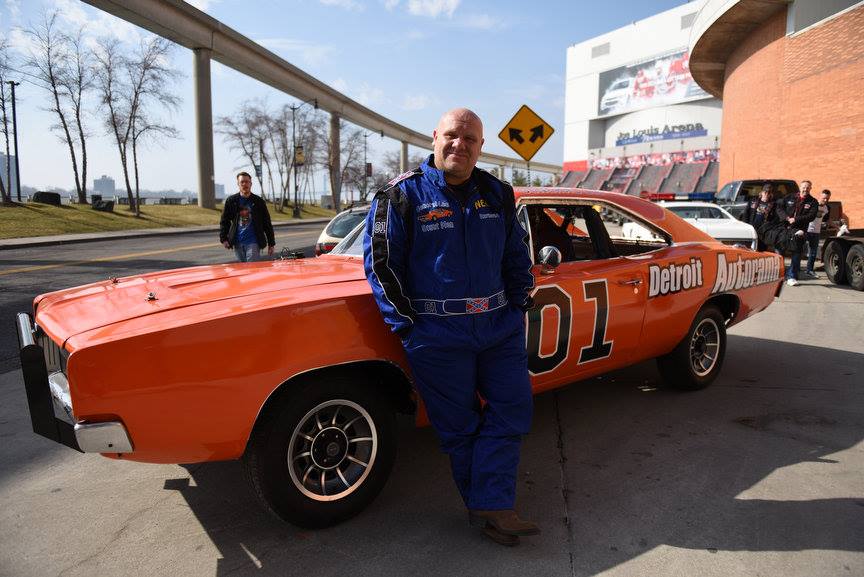 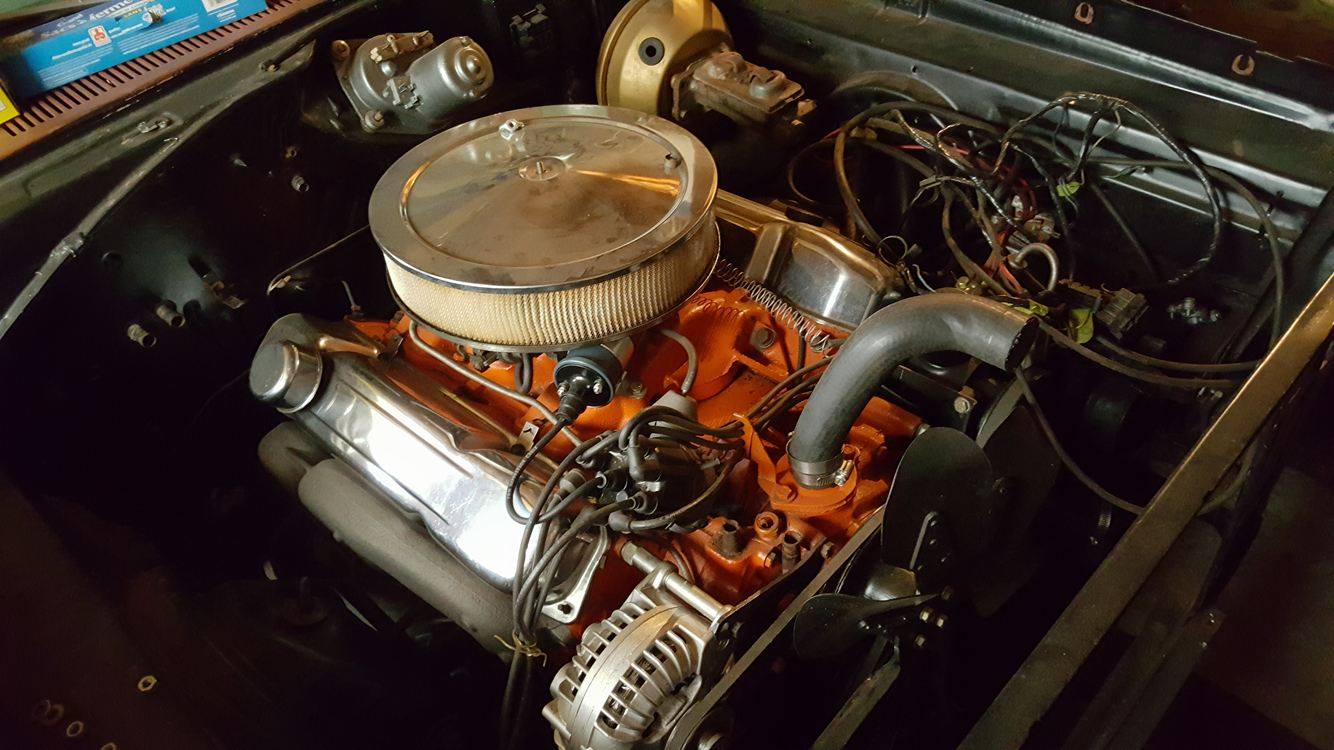 Now with the subject of the Charger: We decided to dig deeper into it and found out that the stunt car wasn’t really much of a waste at all. In fact, the team that built the car used the rustiest, crustiest and destroyed base model shell they could find. The car had been hit at some point and was honestly one of the rustiest shells we’ve seen based on the pictures. We would like to make it very clear that they do not wreck nice Chargers what so ever.

The team really dig put lipstick on a pig. These stunt cars consist of a lot of body filler and shiny orange paint. Using not so perfect parts salvaged from other stunt and parts cars give the illusion of a freshly restored show quality General Lee. The tail light panel and grille were made with sheet aluminum and painted to look like the real thing. If you look closer, the team even used tin foil to give the illusion of real chrome trim. In our eyes, it wasn’t much of a waste.