YearOne has recently added several new exterior emblems for the ‘60s and ‘70s Mopars. We picked up a reproduction trunk emblem for our 1969 Dart. We also picked up a pair of pal nuts. The top emblem is the original 51-year-old emblem (with a 31-year-old repaint). The bottom is a beautiful YearOne reproduction emblem.

In the summer of 1989, your nearly twenty-year-old author purchased a shackled up 1969 Dodge Dart Custom. For the most part, all the exterior trim and emblems had been removed. The only emblem left on the Dart was the bold trunk “DODGE” badge. Back in ‘89, the only thing more difficult than finding a new badge to replace the aged insignia was the cash to purchase an expensive dealership-only piece.

Instead, the emblem was hand-painted in silver and black with Testors enamel model paint. While it was never the best option, at the time, it was our only option. As the years passed, the silver paint faded, but seeing the car was drag raced rather than a car show princess, the emblem was sufficient (the competition could easily read DODGE as the Dart zipped by them). Above left: We removed two pal nuts from the emblem studs and pulled the emblem from the trunk. There are access holes in the inner trunk structure that allowed easy access to the pal nuts. Above right: The YearOne DODGE emblem slipped into the trunk lid, mounting holes without difficulty. We secured the emblem with the YearOne pal nuts.

Last year, the Dart’s taillight bezels (part nos. TLB69LH & TLB69RH) were replaced with reproduction units from YearOne, and it quickly became evident we needed to update the trunk emblem, but there wasn’t one available. Just one year later, YearOne now offers a reproduction trunk emblem (part no. VC1813) for our Dart. We snapped one up along with a pair of pal nuts (part no. EN102) to secure the emblem.

The installation could not have been more straightforward. We removed the factory mounting nuts and gently pushed the two emblem mounting studs out of the holes in the trunk lid. The installation was just as easy. The two emblem studs were pushed through the trunk holes, and the new nuts were installed to secure the emblem to the trunk lid. The YearOne emblem was a perfect replacement. It mounted in the factory location, fit perfectly, and returned the Dart’s tail end to the factory-fresh appearance of the summer of 1969. From Kent Will: The “executive’s muscle car” of 1970, the Plymouth GTX, was relatively devoid of much by way of brand-toting emblems, funky graphics, or other means of screaming its sacred make’s name. The GTX was a refined gentleman in a well-fitted tuxedo that barely hid the bite of 440 or Hemi power.

While the three magic letters were proudly displayed on the grille, quarter panels, and trunk lid, its parent’s name, Plymouth, was only represented by a small hood emblem and spaced-out lettering on the tail panel. Even though the hood badge is minute in stature, the scarcity of other mementos makes it of the utmost importance to proudly be the banner on the business end of any ’70 GTX. When a B5 blue model made its way to our shop, we quickly noticed the three empty holes on the front lip. YearOne was able to fill the voids with their new Plymouth hood nameplate (P/N VC8042) for 1970-1973 GTXs. Eligible for discounts or free shipping, this nameplate could be the perfect punctuation to any restoration.

Installation was super easy by the standards of emblems with the three mounting pegs slipping into the existing holes with included self-threading nuts securing the backside. A 5/16” socket, ratchet, and about 3 minutes were all that were needed. Next up is a brand new grille (P/N GRM7) and headlight bezels (P/N HLM7LH and HLM7RH) to fill out that big B-body smile. 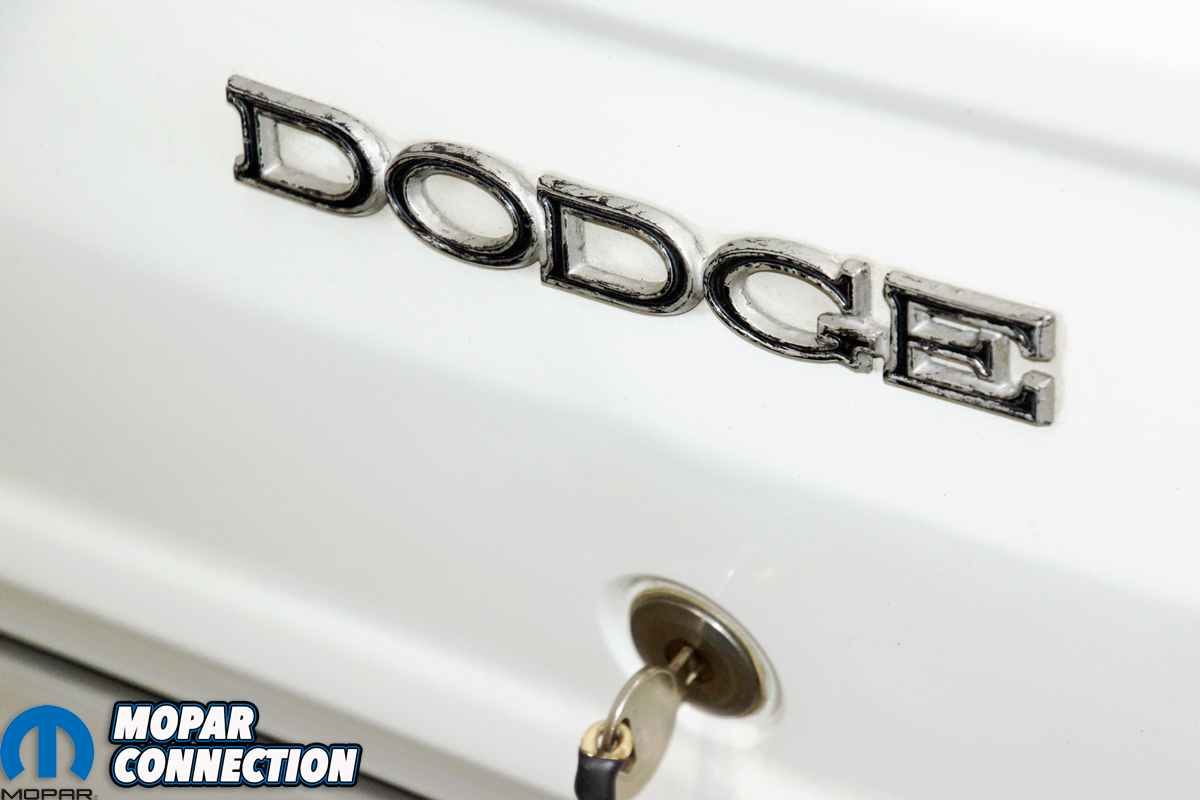